Grenades and firearms were deployed to attack a meeting attended by Francia Marquez, a Colombian woman who was awarded the 2018 Goldman environmental prize.

Francia Marquez, a Colombian woman who was awarded the 2018 Goldman environmental prize, survived an attack with grenades and firearms on May 4 while she was attending a meeting held in Quilichao, a town at the South of Colombia, with the Association of Northern Cauca Community Councils (ACONC), the Association of Afro-Descendant Women (ASOM) and the Black Communities Process (PCN).

"While we, the black people of North Cauca, were at a meeting aimed at preparing the dialogues with the Colombian government... we were attacked with weapons and grenades by armed men," France said and reported that two members of the National Protection Unit - a governmental entity in charge of protecting people at risk were injured.

The next day, the Colombian President Ivan Duque ordered the authorities to investigate the attack; however, no concrete results have been achieved so far.

Marquez is an African-Colombian woman who has been leading the defense of Colombian rural communities from the environmental effects caused by gold mining companies and supporting them in the Cauca Valley, a territory in which paramilitary groups are well known for performing massacres against the civilian population.

In 2014, she and 80 other women carried out a 350-kilometers march towards Bogota, the country's capital, to denounce aggressions against poor inhabitants. Her fearless persistence in reporting abuses made her a Goldman 2018 Prize winner.

On Saturday, Afro-Colombian environmental activist, Francia Márquez Mina was attacked by gunmen at a community meeting in the southern town of Santander de Quilichao.

While Marquez survived & two others were injured, we must recognize the war against Afro-Colombian activists. 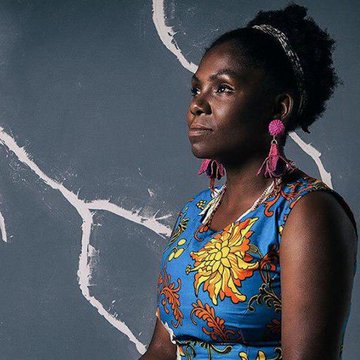 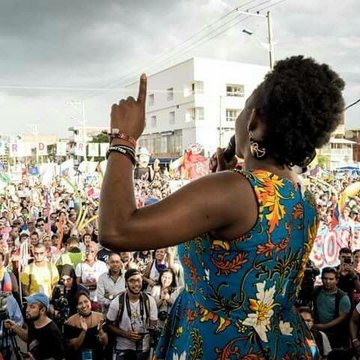 Rigoberta Menchu, the Guatemalan Indigenous woman who was awarded the 1992 Nobel Prize for Peace, expressed her solidarity with the Colombian social leader.

"I deeply reject the attack in Cauca, Colombia. I express my full solidarity with France Marquez and her colleagues. No more violence against human rights defenders in Colombia!," Menchu said.

In Santander and in most Colombian departments, attacks against human right defenders have increased despite the peace agreement signed to allow the incorporation into civilian life of former Revolutionary Armed Forces of Colombia (FARC) fighters. According to 'We are Defenders', a human rights NGO, at least 155 social leaders were killed in 2017.

The Office of the United Nations High Commissioner for Human Rights and UN Women at Colombia issued a statement demanding respect to social organizations and their leaders.

~#AngelaDavis Denounces Attacks on Afro-Colombian Social Movements: As long as Afro-Colombian leaders are being threatened, attacked, assassinated and imprisoned, there is no peace in #Colombia. https://afrocolombian.org/2019/05/06/angela-davis-denounces-attacks-on-afro-colombian-social-movements/ …

Statement on Attack of Afro-Colombian Leaders   Black social movements are being systematically targeted in Colombia in the aftermath of the 2016 Peace Accords. I have been informed that on Ma…

According to the Colombian Interior Ministry data, there are 7,400 people under some form of public protection, 4,500 of whom are social leaders. Since January, 16 social leaders have been murdered in Colombia, as denounced by UN-verified data.

For its part, the National Indigenous Organization of Colombia (ONIC) denounced Tuesday that the indigenous peoples and farmers at the Choco department are victims of multiple human rights violations caused by armed actors who have invaded their territories, amidst the Colombian state indifference and ineffectiveness.

"We suffered the invasion of our territories by the armed groups. We are forced to live permanently with militarization and we will continue to be victims until the armed actors leave completely," the ONIC denounced.

The Colombian Government reached an agreement with the Regional Indigenous Council of Cauca (CRIC) on April 6 whereby Colombian authorities committed to investing US$247 million to improve living and security conditions at the Cauca Valley.

For some indigenous peoples in Colombia the situation is so critical that they will go extinct if no direct action is taken.