ONE HEART IN TWO PLACES

Open Letter to PM Justin Trudeau and the Canadian Government

As a political refugee I was persecuted, tortured and expelled from university, not for any crime but for my political views and for being an Oromo, the largest ethnicity and nation in what resembles Ethiopia. A few of my friends were killed in front of me by live ammunition fired at us while peacefully protesting. We had to jump over our best friend's dead bodies to escape the hailstorm of bullets. Just by grace and luck I survived.

Along with a close friend, I embarked on an uncertain and dangerous journey. We paid smugglers to leave Ethiopia and to flee to Nairobi, Kenya’s capital. There, we lived an extremely difficult refugee life for 15 months in hiding, since under the influence of Ethiopia UNHCR mistreats Oromo refugees even if they have become recognized refugees.

While endlessly waiting to be processed, we were persistently persecuted by Ethiopian agents, who work together with corrupt officers of the Kenyan government and tried to catch us. Other Oromo refugees, who were kidnapped from Nairobi, ended in the dungeons of the regime back in Ethiopia or were killed either directly in Nairobi or at the refugee camps, if not after illegal deportation (refoulement) in Ethiopia.

At last we were helped by a German ecologist and scholar, who knew us as students and environmental activists, since we had gone from our university to extinguish the forest fires in the Bale Mountains - set by the regime to flush out the Oromo Liberation Force (OLF) - the Oromo defence force and freedom fighters even recognized by the USA. He then pushed UNHCR to finally facilitate our resettlement to Canada and spoke with the Canadian High Commissioner on our behalf.

Back then, as a young refugee, I dreamed only of two things: to escape that living hell my homeland had become and to forget my past.

Thanks to the Canadian government we escaped the trap in Kenya and thereby the Ethiopian hell-storm, but I remain unable to forget my past and my origin. My heart wanders between this peaceful country in the North of the American continent and my first homeland thousands of miles away and on the other side of the globe in the Horn of Africa.

Unfortunately the horrors from the past have caught up with me now and became ones more very acute, since on 29th June 2020 I was shocked and paralyzed with grief when I learned that Hachalu Hundessa had been assassinated.

Hundessa was a 34-year-old singer songwriter and human rights activist. He sang and spoke about the injustices, the systematic and institutional discrimination and the marginalization of the Oromo people.

His songs mobilized millions of youth to force the resignation of the previous prime minister of Ethiopia, Dictator Hailemariam Desalegn (sometimes written Desalegne), and also his tireless efforts brought Abiy Ahmed Ali to power, though neither Hundessa nor we all did not know how devious that former spy-master could become. 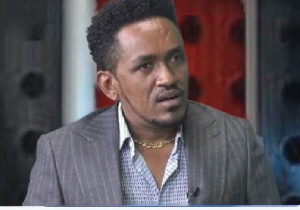 Just days before his assassination, Hundessa had to criticize the way Abiy Ahmed (sometimes written Ahamad) was handling the peace and security of the country. He publicly criticized on the Oromia Media Network (OMN) the cruel acts, which this new kind of Menelik II. Dictator commits against the Oromo people, the Oromo nation (constitutional Oromiya) and actually all nationalities in Ethiopia.

I strongly believe that was the ultimate and immediate cause of Hundessa's political assassination. His criticism had touched the specific spot of the Prime Minister’s psyche, who vowed to bring back the old imperial regime, that oppressive King Menelik II. was a champion in creating.

It must be recalled that Menelik II. was an extremely cruel man, who forced Oromo people to cut off Oromo women’s breasts and to hack off the hands and legs from Oromo men - to name just a few of his preferred cruelties. He sold Oromo people into slavery and owned thousands of male and female slaves himself.

Once Abiy Ahmed took the top office, helped by four years of Oromo youth protests against Dictator Desalegn, during which many gave their life in the struggle, he at first achieved a series of reforms including releasing some political prisoners, making peace with Eritrea, widening the freedom of speech and press and inviting back exiled opposition parties and their political leaders – but just to please and fool the international community. Subsequently those reforms collapsed very quickly.

Ahmed started fast to lose grip on the peace and security of the country. He surrounded himself with questionable advisors and failed to deliver any of his promises to the people. He embarked on bringing back the old imperial regime that glorifies one language, one culture, and one flag for the multinational federation of states and he now persistently degrades the language, culture, and identity of nations and nationalities within the ex-colonial boundaries of today's Ethiopia - especially those of the Oromo.

This created a rift between Ahmed - only a half-Oromo - and his chosen constituency - the Oromo - that helped him to power . 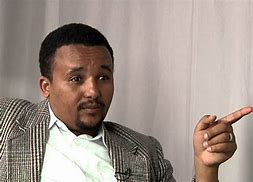 His closest allies, like well-respected Stanford graduate and political scientist Jawar Mohammed (picture left) became his worst nightmare. Mohammed advised him to respect the rights of all nations and nationalities of Ethiopia, which didn't sit well with the dictator in the making. Ahmed began persecuting anyone, who opposed him.

Back in October 2019 Abiy Ahmed then ordered the assassination of Jawar Mohammed, but the attempt failed. After Mohammed posted about the incident on social media, and within minutes, many Oromo from Addis Ababa and nearby towns rushed to the city and surrounded Mohammed's home for two days preventing any of Ahmed’s so-called security forces from entering the residence of the scholar and activist until government officials apologized on national television for the wrong steps their armed forces had taken.

We knew that one day Mohammed would be killed, but we never expected death at the hands of the Dictator Abiy Ahmed (picture right) would come first to Hundessa.

Millions of Hundessa's fans, fellow activists and family members demanded that his body be put to rest in Addis Ababa, the Oromo city and capital he sang for, fought for and died for - and be given a hero’s burial. But that contradicted the rogue plan of Abiy Ahmed’s regime. So they started firing live ammunition at innocent people, and many young souls mourning their beloved artist and peaceful activist role-model Hachalu Hundessa were killed too.

Since Hundessa’s assassination, over 5,000 female and male Oromo including Jawar Mohammed have been arrested, while the internet remains shut to hinder the opposition and the people at large to communicate. All phones are monitored, since Abiy Ahmed Ali - as the former spy-master of Ethiopia - had set up that surveillance system earlier himself. Assassins, rogue military killer troops, torture chambers, the internet kill-switch and phone tapping are his tools.

The death toll from gunshot wounds inflicted by the security forces - following the direct orders given by Abiy Ahmed Ali - has reached now over 200. These armed regime forces also raided the Oromia Media Network (OMN) headquarters in Ethiopia’s capital without any court order. Equipment was confiscated. Journalists including the editor-in-chief were arrested and are held incommunicado. Even foreign journalists, like Kenyan Yassin Juma, were kidnapped and remain detained by the Ethiopian regime under the new dictator at 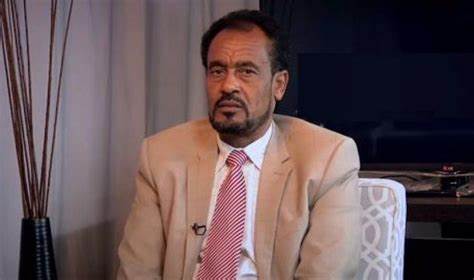 Jawar Mohamed then was arrested and detained along with Bekele Gerba (picture right), a veteran opposition activist. The duo was snatched at the Oromo Cultural Center in Addis Ababa, where they were attending the funeral of Hachalu.

Ahamed, the 2019 Nobel peace prize winner has become the worst and bloodiest dictator ever to come upon Ethiopia.

I Have A Plea

Ethiopia is the largest recipient of Canada’s international assistance to Africa, with almost $200 million in 2017-2018 alone. The purpose of such aid was to foster social wellbeing of the people and to promote human rights. But, though we all know it was made to also keep Canadian mining interests in the good books of the new ruler, this money is now used for human rights violations, atrocities and outright crimes against humanity, including political assassinations.

When I arrived after my escape in Canada - for me the most hospitable country in the world - I thought I would leave behind the sorrow, misery, and pain inflicted upon me and my Oromo people in Ethiopia. During my 17 years here, I’ve had a very productive life. I have studied here, worked here, met my wonderful wife and we have a bright and healthy son together, but first of all I met many noble Canadian friends. The community in the city of my residence has been very good to us. As a registered nurse, I have such a satisfying work and feeling, knowing that I am making a difference -especially during these days when COVID-19 is a challenge, while I can give back to the very society, which gave me a second chance in life.

But contrary to Canada’s good intentions in Ethiopia, the Ethiopian Dictator Abiy Ahmed Ali is using Canadian taxpayer's hard earned money to enforce assassinations, murders and other crimes against humanity, cruel human rights violations as well as the shut-down of universally guaranteed freedoms - and that breaks my heart again.