Your Wi-Fi Router and Mobile Phones are Killers

A Biology Experiment By 9th Grade Students Reveals A Dark Truth About Wi-Fi; Gains The Attention Of Scientists

For the students to see more success, they always have to find ways to connect with their school works by making it more interesting and personal.

This was the case of a group of grade 9 students at a school in northern Jutland. They recently embarked on a biology experiment inspired by their own personal experiences with concentrating. Lea Nielsen, one of the students, explained:


“We all think we have experienced difficulty concentrating in school if we had slept with the phone next to our head, and sometimes also experienced having difficulty sleeping.”

The group of girls designed an experiment with the aim to investigate the impact on living cells of wi-fi radiation. In the experiment, cress seeds were chosen to be used. The girls take 400 seeds and separated them out across 12 different trays. Six of the trays were placed in each of 2 rooms which were both kept at the same temperature. Throughout the experiment, both sets of trays were given the same amount of water and access to sunlight.

In order to create a basis for their experiment, trays in one room were placed next to two Wi-Fi routers. These routers transmit the same type of radiation – the one that can be observed from our cell phones. Through this, the students were able to recreate the impact of sleeping with your phone on your bedside table, next to your head.

After 12 days, the result of their experiment was shocking. There was a huge difference between the two sets of trays. The cress seeds in the first room were growing well, appearing healthy and flourishing in their environment. On the other hand, the seeds that were placed next to the router showed no real growth at all. Some of the seeds could even be observed showing signs of mutation or dying off entirely.


The Seeds From The Unexposed Room: 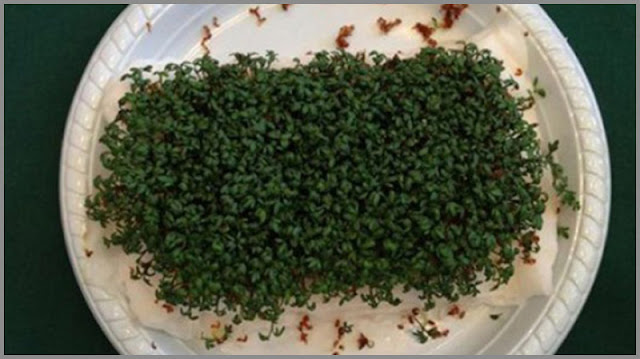 The Seeds From The Exposed Room: 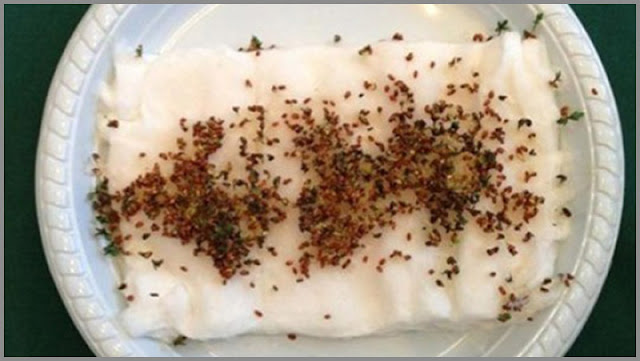 These findings were just enough to open the students’ eyes about their cellphone use and whether or not it is safe to bring their phones to bed at night.


“It is truly frightening that there is so much effect, so we were very shocked by the result,” Nielsen stated. “None of us sleep with the mobile next to the bed anymore. Either the phone is put far away, or it is put in another room. And the computer is always off.”

Aside from the school giving recognition on the girls’ experiment, the group also started to receive international attention as biologists and radiation experts acknowledge the importance of their discovery.

Because of a great deal of interest in the experiment, one expert has even planned his own follow-up experiments. Olle Johansson, a professor at the Karolinska Institute in Stockholm begin his assessment into the girls’ findings by repeating the experiment with his research colleague Professor Marie-Claire Cammaert at the Universite Libre de Bruxelles.

Johansson, being highly impressed by the girls’ effort, stated:


“The girls stayed within the scope of their knowledge, skillfully implemented and developed a very elegant experiment. The wealth of detail and accuracy is exemplary, choosing cress was very intelligent and I could go on.”

Johansson even commented that he wouldn’t hesitate to work with these talented, intelligent students:


“I sincerely hope that they spend their future professional life in researching because I definitely think they have a natural aptitude for it. Personally, I would love to see these people in my team!”

Scientists may have found the cause of the world’s sudden dwindling population of bees – and cell phones may be to blame. Research conducted in Lausanne, Switzerland has shown that the signal from cell phones not only confuses bees, but also may lead to their death. Over 83 experiments have yielded the same results. With virtually most of the population of the United States (and the rest of the world) owning cell phones, the impact has been greatly noticeable.

Led by researcher Daniel Favre, the alarming study found that bees reacted significantly to cell phones that were placed near or in hives in call-making mode. The bees sensed the signals transmitted when the phones rang, and emitted heavy buzzing noise during the calls.  The calls act as an instinctive warning to leave the hive, but the frequency confuses the bees, causing them to fly erratically. The study found that the bees’ buzzing noise increases ten times when a cell phone is ringing or making a call – aka when signals are being transmitted, but remained normal when not in use.

The signals cause the bees to become lost and disoriented.  The impact has already been felt the world over, as the population of bees in the U.S. and the U.K. has decreased by almost half in the last thirty years – which coincides with the popularization and acceptance of cell phones as a personal device.  Studies as far back as 2008 have found that bees are repelled by cell phone signals.

Bees are an integral and necessary part of our agricultural and ecological systems, producing honey, and more importantly pollinating our crops.  As it is unlikely that the world will learn to forgo the convenience of cell phones, it is unclear how much they will contribute to the decline of bees, and their impact on the environment.