Beware of and Divest from IT India

NEW DELHI — Months after imposing a sweeping communications blackout in Kashmir, the Indian government on Saturday unblocked some three hundred websites in the disputed Himalayan region, bringing a tentative end to the world’s longest internet shutdown in a democracy.

Since then, the Kashmir Valley, home to as many as eight million people, has endured a punishing information blackout.

Foreign journalists and diplomats were blocked from visiting the predominantly Muslim territory, which is contested between India and Pakistan. The government arrested scores of Kashmiris, including former heads of state, without disclosing charges. Ordinary Kashmiris struggled to procure medicines and contact loved ones.

The lifting of restrictions on Saturday applied only to 301 “whitelisted” websites. Among them were entertainment platforms like Netflix and Amazon and some international news outlets, including The New York Times. Many Indian publications remained blocked, along with all social media. Mobile data access was also restored, though it was limited to 2G connections.

“It is very slow — and a good joke,” said Sajeel Majid, 35, a restaurant owner in Srinagar, the summer capital of Kashmir. “India wants to deceive the world by saying we have restored internet, but we can’t even access email with 2G speed.”

Though some Kashmiris said the partial restoration of internet services could bring some semblance of normalcy to the region, they pointed out that shops remained largely shut and troops were still posted everywhere. Over the last week, around half a dozen Kashmiri militants were killed in gun battles with Indian forces, who have been accused of torturing civilians and using excessive force against protesters.

In a statement, the government of Jammu and Kashmir said continued internet restrictions were necessary to prevent the “propagation of terror activities” and the “circulation of inflammatory material.” Officials said they would approve more websites in the coming days.

India has increasingly come under scrutiny, both domestically and abroad, for cutting off the internet, a tactic more commonly associated with dictatorships than democracies. The country tops the world in the number of internet shutdowns, with 134 last year, according to SFLC.in, a legal advocacy group in New Delhi that tracks such restrictions.

This month, the Supreme Court ruled that internet access was integral to an individual’s right to freedom of speech and expression. Judges said the government’s methods in Kashmir were an “arbitrary exercise of power,” though they stopped short of declaring them illegal.

Hours after the government lifted some restrictions, Kashmiris said web pages — including approved ones — were again blockedfor Republic Day festivities on Sunday, which commemorate the day when India’s Constitution went into effect.

“It is just a game to tell people we have restored internet services, but on the ground it doesn’t work and is of no use,” said Adnan Bhat, 19, a student in Srinagar.

Kai Schultz is a reporter in the South Asia bureau, based in New Delhi. He has reported from five countries in the region and previously lived in Kathmandu, Nepal. @Kai_Schultz

How India, the World's Largest 'Democracy', Shuts Down the Internet

Update 27 January 2020: News reports state that India's government has restored Internet access to the Kashmir region, though residents there can currently only browse 301 websites approved by the government and still cannot use social media. Mobile Internet is only available at very low speeds, according to a report from The Wire.

When government officials in India decided to shut down the Internet, software engineers working for an IT and data analytics firm lost half a day of work and fell behind in delivering a project for clients based in London. A hotel was unable to pay its employees or manage online bookings for tourists. A major hospital delayed staff salary payments and restricted its medical services to the outpatient and emergency departments.

At a time when many concerns surround online censorship by authoritarian governments, India represents both the world’s largest democracy and the world leader in deploying Internet shutdowns as a political tool. Since August 2019, Indian officials have maintained the longest Internet blackout ever to occur in a democracy, in the disputed Kashmir region between India and Pakistan. Broad legal and regulatory government authority over Internet service providers has also enabled officials to frequently order short-term Internet shutdowns on a regional and even city district level.

“One of the reasons why India has so many shutdowns is that the institutional framework enables them,” says Jan Rydzak, a research analyst at Ranking Digital Rights, a nonprofit research institute based in Washington, D.C. “It is a framework where local officials have very broad discretion to order shutdowns.”

That institutional framework helped India implement more than 100 Internet shutdowns in 2019, according to the Internet Shutdown Tracker run by the Software Freedom Law Centre in New Delhi. A conservative estimate by the Top10VPN website found that the 2019 shutdowns alone cost India’s economy at least US $1.3 billion last year—not including the many cases where officials blacked out mobile communications within individual city districts for several hours.

Another report [PDF] by the Indian Council for Research on International Economic Relations previously found that Internet shutdowns cost the national economy approximately $3 billion between 2012 to 2017. And it documented many examples of the economic impact felt by individual workers, students, businesses, and even government officials.

The Indian government’s powers represent “colonial vestiges” of laws first implemented during the British Empire’s rule over India, says Apar Gupta, executive director of the Internet Freedom Foundation, a digital liberties nonprofit based in New Delhi, India. Such power stems in part from the Section 144 Criminal Procedure Code that empowers officials to prohibit large gatherings and block the Internet in specific geographic areas in the name of public order.

India’s central government also gets regulatory power over the Internet from the Indian Telegraph Act, 1885, which originally gave British colonial officials authority over telegraph lines in India. This provided the basis for India’s government to implement Temporary Suspension of Telecom Services Rules in 2017 that further formalized the way officials could issue orders for Internet shutdowns.

As a result, the government needs no advanced kill-switch for the nation’s Internet—local officials have the legal authority to compel individual telecom companies to manually shut down services. When ordering an Internet shutdown, officials typically write a letter and email it to all Internet service providers with regional offices in a specific geographic area, Gupta explains. The Internet service providers then block all incoming and outgoing data moving through cellphone towers and fiber-optic networks in that particular area.

More than 90 percent of India’s estimated 451 million active Internet users rely on their phones’ mobile data plans for online access, according to a report [PDF] by the Internet and Mobile Association of India. And India’s network of cellphone towers is dominated by just a handful of major telecom companies, including Reliance Jio, Vodafone Idea, and Bharti Airtel. That makes it fairly straightforward for officials to lean on these big telecom companies when ordering Internet shutdowns.

“It’s fairly easy because you don’t have a large multiplicity of backbone providers in India,” Gupta says.

In practice, India’s Internet shutdowns resemble a total communications blackout that also blocks phone calls and text messaging services alongside data connectivity. One recent example came from the government ordering the big telecoms to shut down voice and Internet services in the capital of New Delhi and other cities during protests over a new and controversial citizenship law in December.

The government usually justifies shutdowns as necessary to maintain public order and prevent violence during times of unrest.

But Rydzak’s research has found that India’s Internet blackouts have not reduced levels of protest, and may have even worsened violence during such periods.

On a similar note, Gupta pointed out that protesters are more likely to use mobile communication and Internet access “to coordinate messages of safety, to organize peacefully, and to challenge the government within constitutional means,” as well as to record and share pictures and videos of any excessive violent responses by law enforcement.

Furthermore, government officials have not been very transparent about publishing the written legal orders they’re supposed to provide in the case of Internet shutdowns. The government has typically resisted making such orders public, Gupta says, even in response to lawyers’ requests made under India’s right to information law. That makes it tricky to understand and potentially challenge a given Internet shutdown order.

“Without such orders, the public cannot address judicial forums and assert constitutional rights in challenges,” Gupta says. “It prevents people from having their day in court.”

The Supreme Court ruling requires Indian officials to review the Internet shutdown orders about every five to seven days and publish the orders to demonstrate their legal basis. Such requirements for greater transparency and “adherence to the settled tests of proportionality and due process” would also apply to future Internet shutdown orders, Nappinai explains. Still, the recent court decision did not order an immediate end to Kashmir’s ongoing Internet shutdown, leaving that decision up to the government. 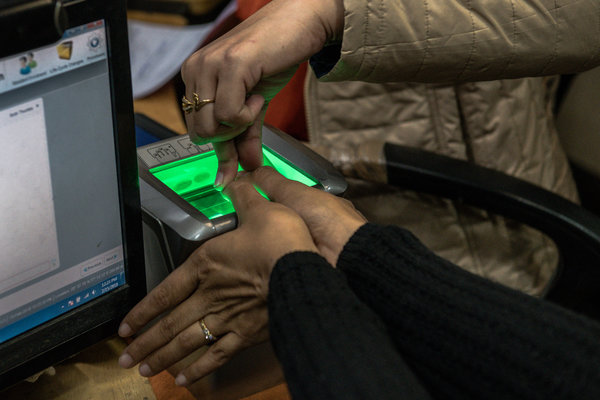 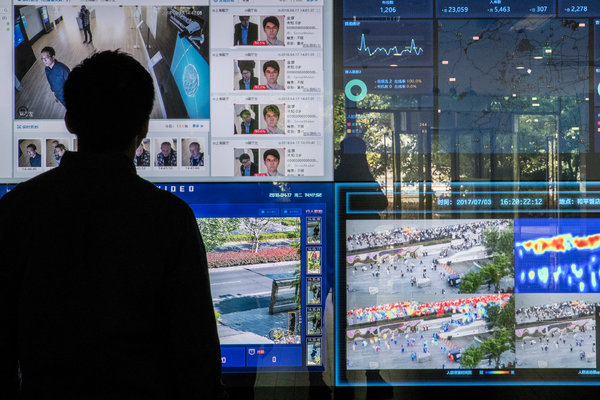 Of the 381 Internet shutdowns recorded between January 2012 and January 4th 2020, 236 were observed to be preventive i.e. restrictions imposed in anticipation of law and order situation and 146 shutdowns were reactive in nature i.e. imposed in order to contain on-going law and order breakdowns

93 of the 381 Internet shutdowns between 2012 and January 4th 2020 lasted less than 24 hours, 74 lasted between 24 and 72 hours, 41 lasted for over 72 hours, while no information was available on the respective duration of the remaining 208 Internet shutdowns. The non-availability of information is attributable chiefly to the fact that no public notifications are issued by the Government or Internet Service Providers before, during, or after shutdowns, leaving stakeholders outside the affected areas to source this information from available news reports, which do not consistently mention the duration's for the shutdown. 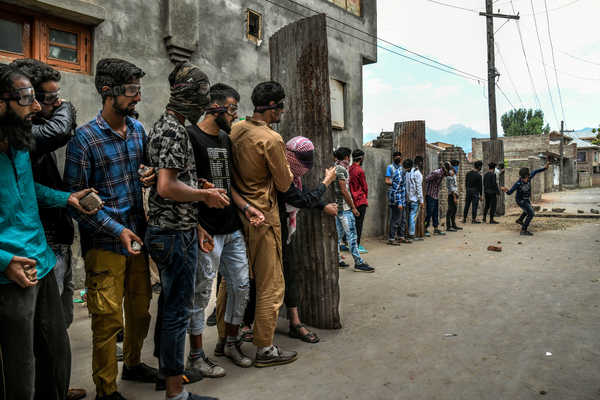 India Adopts the Tactic of Authoritarians: Shutting Down the Internet 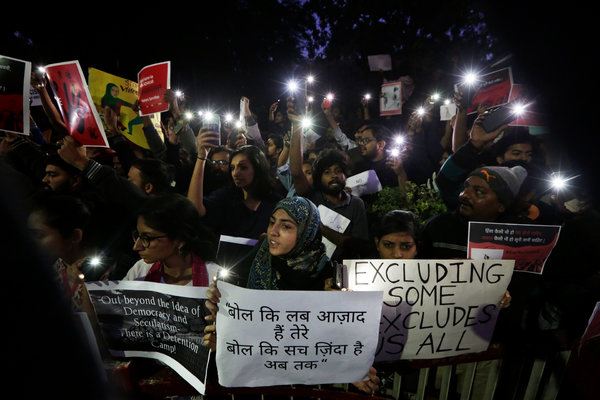 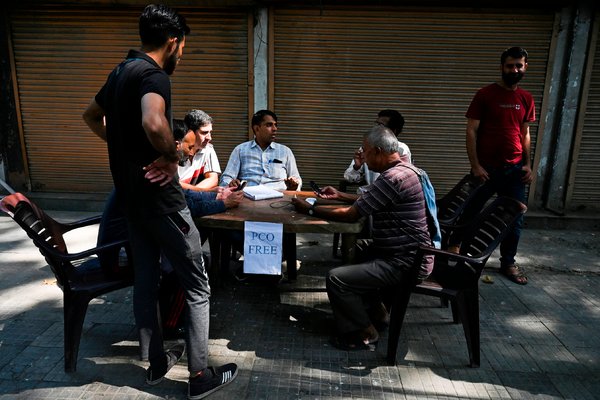 Google X Balloons Will Circle the Earth to Deliver Internet