Switzerland, one of the world’s leaders in the rollout of 5G mobile technology, has placed an indefinite moratorium on the use of its new network because of health concerns.

The move comes as countries elsewhere around Europe race to upgrade their networks to 5G standards amid a furious rearguard diplomatic campaign by the US to stop them using Chinese technology provided by Huawei. Washington says the company, which is fundamental to most European networks’ upgrade plans, presents a grave security risk.

Switzerland is relatively advanced in Europe in adopting 5G. The wealthy alpine country has built more than 2,000 antennas to upgrade its network in the last year alone, and its telecoms providers have been promising their customers’ imminent 5G coverage for most of the past year.

However, a letter sent by the Swiss environment agency, Bafu, to the country’s cantonal governments at the end of January, has now in effect called time on the use of all new 5G towers, officials who have seen the letter told the Financial Times.

The agency is responsible for providing the cantons with safety criteria against which telecoms operators’ radiation emissions can be judged. Under Switzerland’s highly federalised structure, telecoms infrastructure is monitored for compliance and licensed by cantonal authorities, but Bern is responsible for setting the framework.

Bafu has said it cannot yet provide universal criteria without further testing of the impact of 5G radiation.

The agency said it was “not aware of any standard worldwide” that could be used to benchmark recommendations. “Therefore Bafu will examine exposure through adaptive [5G] antennas in depth, if possible in real-world operational conditions. This work will take some time,” it said.

Without the criteria, cantons are left with little option but to license 5G infrastructure according to existing guidelines on radiation exposure, which all but preclude the use of 5G except in a tiny minority of cases.

Several cantons have already imposed their own voluntary moratoria because of uncertainty over health risks.

Swiss law on the effects of radiation from telecoms masts is broadly in line with that of European peers, but specifies the application of more stringent precautionary measures in certain cases. New 5G communications technology means individuals are exposed to more concentrated beams of non-ionising radiation, but for shorter periods. Bafu must determine which legal standards to apply to this.

Swisscom, the country’s largest mobile operator, said it understood “the fears that are often expressed about new technologies”.

“There is no evidence that antenna radiation within the limit values adversely affects human health,” the company added, pointing out that 5G is run on frequencies similar to the current 4G standard, which has been subject to “several thousand studies.”

The company said Switzerland’s regulatory limits were “10 times stricter than those recommended by the World Health Organization in places where people stay for longer periods of time”.

Switzerland already has a notable anti-5G lobby, with recent protests against its rollout in Bern, Zurich and Geneva.

The Swiss Medical Association has advised caution on 5G, arguing that the most stringent legal principles should be applied because of unanswered questions about the technology’s potential to cause damage to the nervous system, or even cancers.

Five “popular initiatives” — proposals for legally binding referendums on 5G use — are already in motion in Switzerland. Two have already been formalised and are in the process of collecting the 100,000 signatures needed to trigger nationwide votes that if successful will amend Switzerland’s constitution.

One will make telecoms companies legally liable for claims of bodily damage caused by radiation from masts unless they can prove otherwise. The other proposes strict and stringent limits on radiation emissions from masts and will give local residents veto power over all new constructions in their area.

MUST READ: The First Report of 5G Injury from Switzerland

Some very important information contained in this short 15 minute video by Joe Imbriano. Joe reveals that the 2.4 GHz frequencies being used in Iphones, microwave ovens, baby monitors, cordless deck phones, etc., alter the water molecules of our bodies. No doubt these frequencies are killing ocean life as well. 5G frequencies (60 GHz) alter the orbital spin in oxygen molecules. Respiration and all bodily functions will be negatively effected.

"They are blatantly trying to kill us now folks. They’re not even trying to hide it.

5G is a kill grid folks. This is the most serious bio-spiritual attack they could have ever conjured up and we had better get wise to it and deal with it pronto."

Urgent! Forbidden information,a must watch! 5G is a kill grid that will lead to forced vaccinations.
https://youtu.be/oY5SReQ2Kqc

What's the German word for stalling technology rollouts over health fears? Cos that plus 5G equals Switzerland 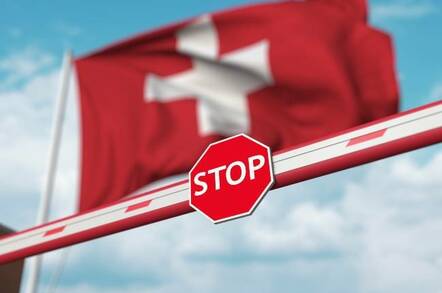 Switzerland has stalled the rollout of next-gen 5G mobile networks over health concerns.

A letter, sent at the end of January from the Swiss Federal Office for the Environment (Bafu) to local governments, explained that it was unable to provide a new 5G benchmark for measuring safe radiation exposure levels until it has carried out more testing; work that the agency said would “take some time.”

The upshot, according to local officials that have seen the letter and spoke to the Financial Times [paywall], is that they will have to use existing guidelines to license new 5G networks.

As this new technology can use much higher frequencies than 4G networks, most 5G towers can't be licensed under today's rules. And the result of that, at least according to the anonymous officials, is a complete halt on 5G rollout.

We have asked Bafu for a copy of the letter, confirmation that it will need to carry out lengthy tests to develop a new 5G exposure standards, and what it sees as implications of its decision and letter. We will update this story if it gets back.

Switzerland has a somewhat unusual stance on the issue of cellphone signals. The law on radiation levels is similar to most other European countries but it also has a set of exposure guidelines that are roughly 10 times stricter than those set by the World Health Organization to cover the use of radio in residential zones.

The fact that 5G networks do expose people to more intense, albeit safe and non-ionizing, radiation has fueled fears in health-conscious Switzerland. The country is also leading much of Europe in the rollout of 5G, which has sparked a number of recent protests across the country. Late last year, several thousand people demonstrated in a main square in the Swiss capital of Bern about the “forced radiation” they have to endure.

Electrosmog – good name for a band

The issue is so prominent that there is a popular Swiss term – electrosmog – for the issue. The country’s largest mobile operator Swisscom has an entire subsite dedicated to addressing 5G health concerns that is strikingly blunt and indicates just how successful the anti-5G lobby has been in spreading its message.

Amid explanations, videos, and assurance, Swisscom includes an FAQ with the following question: “Your lobby keeps repeating the same mantra that mobile electrosmog isn't dangerous. That's exactly how it was for asbestos.”

It responds to its own question: “This is not an accurate comparison. In the case of asbestos, it was scientifically proven that this material causes cancer and the biological mechanisms were also known. Appropriate action followed quickly thereafter. In the case of emissions from mobile masts and phones there is no such proof and thus no causal explanations of hazards.”

Adding to the sense that 5G may not be safe, the Swiss Medical Association has refused to give it a clean bill of health, noting that it is not clear yet what impact it may have on the body and even suggesting it might cause cancers. That position is frequently highlighted by protestors to argue for a stop to 5G rollout until more studies are carried out.

And the issue is also becoming politicized with a number of referendums over the use of 5G being proposed, two of which have already passed the first hurdle and now need 100,000 signatures to get onto the official ballot.

One would give a veto to people living close to a new proposed 5G tower on whether it can be built, along with strict limits on radiation levels; and the second would make mobile phone companies legally liable for any subsequent claims of damage caused by radiation.

In that environment, local officials are especially aware about the need to follow the rules, which is why Bafu’s letter that it will “examine exposure through adaptive antennas in depth, if possible in real-world operational conditions,” and may not report back for some time may well have the effect of putting an indefinite delay in the rollout of 5G network in Switzerland.

Switzerland’s environmental agency has called a halt to the switching on of 5G, but the country’s biggest telecoms company is still planning to roll out masts.

One of the European leaders in the roll-out of 5G mobile technology has placed an indefinite moratorium on its use over potential health concerns. According to the Financial Times, Switzerland’s environmental agency, Das Bundesamt für Umwelt (Bafu), made the decision despite the country rolling out more than 2,000 antennas last year alone and telcos promising that the network would be switched on very soon.

Bafu sent a letter to the governments of the nation’s cantons at the end of January, informing them that the roll-out will not be going ahead. Under the system of government in Switzerland, the cantons license out the telecoms infrastructure but the central government in Bern has overall responsibility for its framework.

Bafu said that it would not be willing to allow the use of 5G without further testing for the potential impact of radiation. It said that because it was “not aware of any standard worldwide” that it could set a benchmark to, Bafu wants to monitor “exposure through adaptive [5G] antennas in depth, if possible in real-world operational conditions”, adding that “this work will take some time”.

The decision comes after several cantons have already placed their own voluntary bans on the use of 5G over health concerns.

However, the country’s biggest telecoms firm, Swisscom, has stated it will continue to roll out its 5G infrastructure, even if it will be running in a limited capacity. It promised customers that speeds of 2Gbps could still be achieved without the new masts.

While Swisscom said it understood “the fears that are expressed about new technologies”, it added that there is “no evidence that antenna radiation within the limit values adversely affects human health”.

Swisscom also stated that 5G uses frequencies similar to 4G, which have already been subjected to “several thousand studies”, and that Switzerland’s regulatory limits were “10 times stricter than those recommended by the World Health Organisation”.

Swiss popular opinion of 5G has been mixed, with a number of protests being held in Bern, Zurich and Geneva against its roll-out. Two cantons are currently in the process of collecting 100,000 signatures, which would require a legally binding national referendum to be held on the use of 5G.

If this referendum ruled in favour of stopping the use of 5G, it would be placed in Switzerland’s constitution.

Colm Gorey is a senior journalist with Siliconrepublic.com 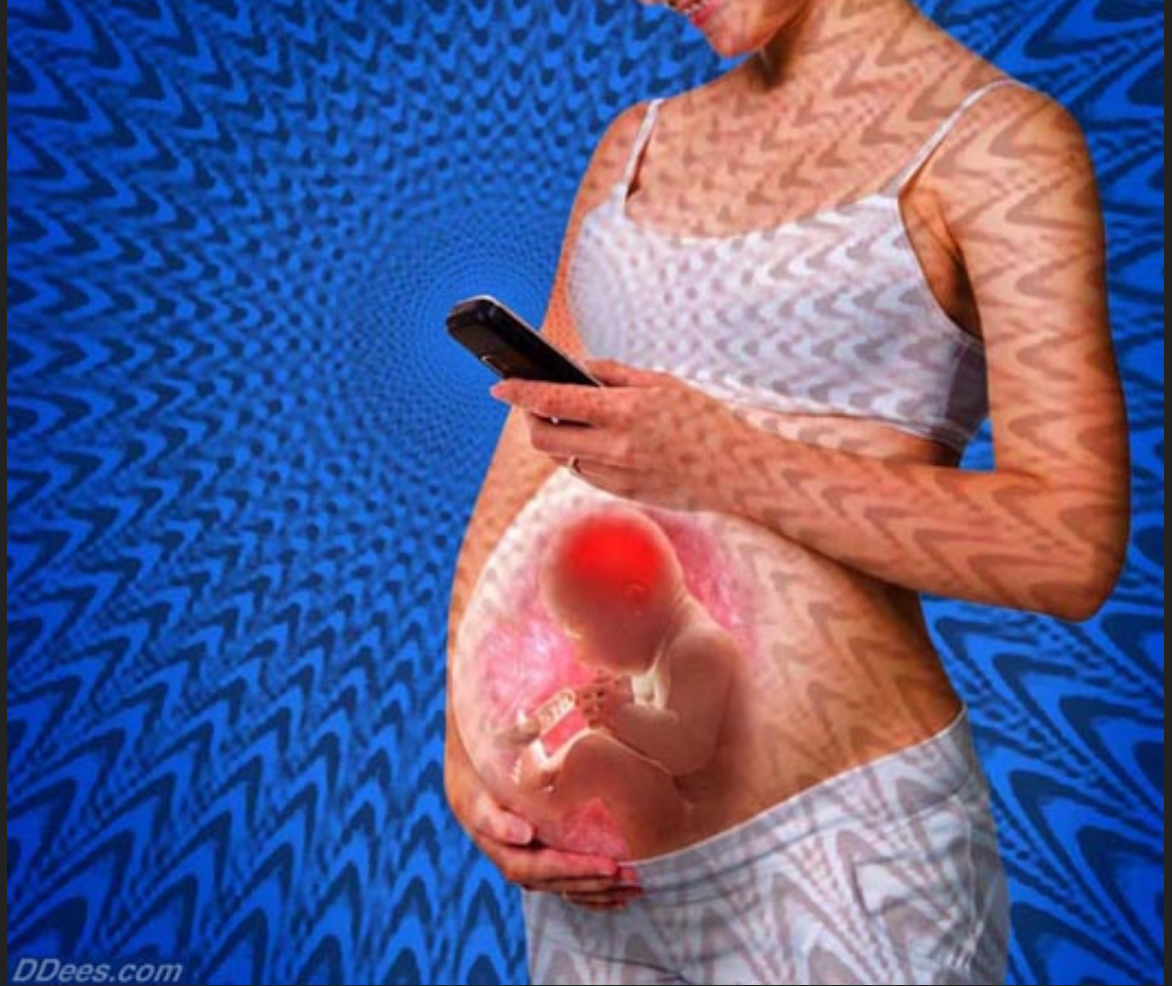