The lockdown « a global scientific fraud of unprecedented proportions » 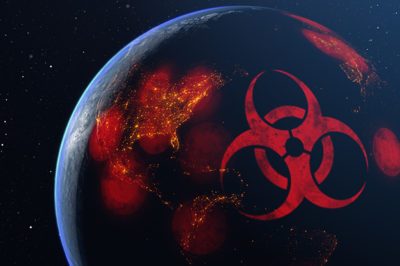 We bring to the attention of our readers, this important international statement by health professionals, medical doctors and scientists,  which has been sent to the governments of thirty countries

Below is the complete text which was sent to the governments.

See here for list of governments to which the letter  was sent.

The text includes quotations from prominent scholars and health professionals

“There are three classes of people: those who see, those who see when they are shown, and then those who do NOT see.” – Leonardo da Vinci

Please share this page with those that may be still be able to see and that do not yet know which way is up.

UPDATE 25. February 2021: A PROMINENT HEALTH-AUTHOR HAS BEEN MURDERED - Educator, Frank Suarez Has Passed Away - Mainstream mum

UPDATE 20. December 2020: Dissidents in The Age of Vaccines

UPDATE 19. December 2020: Dr. Paul Thomas Targeted By Medical Board & Media After Landmark Vaccine Study - Interview + According to a report from a lawyer: COVID-19 vaccine critic and whistleblower Jean-Bernard Fourtillan was freed from the detention in a psychatric institution. Confirmed (see videos below)

PROLOGUE: NUREMBERG 2.0 TRIALS MUST COME SOON! The fact that the WHO announced on 21. December 2020 to only sent in January 2021 a mission to the Wuhan Institute for Virology and their BSL-4 laboratory with the task to find answers to the question of the origin of the contagion - more than a full year AFTER the outbreak and after several WHO cover-up "missions" -  is a hard punch into the face of the international community and especially of Australia, who had demanded an independent, international investigation into the whole SARS-CoV-2 and COVID-19 affairs and a tribunal since long.

Early on December 10, Jean-Bernard Fourtillan was taken from his home by a team of French law enforcement officers and forcibly placed in solitary confinement at the psychiatric hospital of Uzès.

Early on December 10, Jean-Bernard Fourtillan, a French retired university professor known for his strong opposition to COVID-19 vaccines such as those presently being distributed in the U.K., was taken from his temporary home in the south of France by a team of “gendarmes” — French law enforcement officers under military command — and forcibly placed in solitary confinement at the psychiatric hospital of Uzès. His mobile phones were taken from him, and at the time of writing, he had not been allowed to communicate with the outside world. The order for his internment appears to have been issued by the local “préfet,” the official representative of the French executive.

Mexican president Andrés Manuel López Obrador quietly rocked the agribusiness world with his New Year’s Eve decree to phase out use of the herbicide glyphosate and the cultivation of genetically modified corn. His administration sent an even stronger aftershock two weeks later, clarifying that the government would also phase out GM corn imports in three years and the ban would include not just corn for human consumption but yellow corn destined primarily for livestock. Under NAFTA, the United States has seen a 400% increase in corn exports to Mexico, the vast majority genetically modified yellow dent corn.

In banning glyphosate, the decree cites the precautionary principle and the growing body of scientific research showing the dangers of the chemical, the active ingredient in Bayer/Monsanto’s Roundup herbicide. The government had stopped imports of glyphosate since late 2019, citing the World Health Organization’s warning that the chemical is a “probable carcinogen.”

UPDATE 24. February 2021: Bodies of Italian ambassador and his guard killed in DR Congo returns home, while the International Community and the UN have nothing to offer.

UPDATE 22. February 2021: ITALIAN AMBASSADOR KILLED IN DR CONGO - maybe the international community starts finally listening NOW to what we decry since months and years! Also his guard from the Italian police and a third person were killed while MONUSCO again completely failed.

UPDATE 24. January 2021: THE ROOT CAUSE: Not As Green As You Think - Global EV Push Sparks Cobalt Chaos

UPDATE 16. January 2021: The death toll of the genocidal massacre near Rutshuru stands now at 48 - many girls and women. We demand an independent international inquiry and that the killers are brought to justice immediately.

Since the "global governments" and the international community are deeply corrupted and can no longer be trusted to uphold justice, we call for a worldwide CARGO BOYCOTT on any consignment from the DR Congo until this genocide against the Twa Forest People has been brought to justice! Dockworkers, air cargo handlers, container shippers and transporters - anybody handling any consignment from the DR Congo, please show your solidarity: Do not handle, process, ship, transport anything from or to DR Congo - you otherwise will also have blood on your hands by helping, aiding and abetting the bloody looters of Congolese resources, who are the ones ultimately guilty and behind these horrific and genocidal massacres of innocent civilians. Think about your sister, your wife, your mother - if you don't help to stop these atrocities out there, they soon will come close to you. Most "authorities" have become useless or are even involved - so it is us all who have to hold up humanity. STAND UP AGAINST GENOCIDE AND ECOCIDE!

UPDATE 15. January 2021: Dozens killed, some decapitated, in suspected rebel attack in the Democratic Republic of Congo - THIS IS GENOCIDE AGAINST THE ABORIGINAL TWA FOREST PEOPLE !!! CALL TO ARMS!!!

UPDATE 06. January 2021: DR Congo: At least 20 killed in raid on village + THE EU AND THE USA MUST PUT PRESSURE ON PRESIDENT TSHISEKEDI - DRTCONGO TO PROTECT REFUGEES

UPDATE 01. January 2021: These Atrocities MUST END: At least 17 villagers hacked to death in eastern Congo

UPDATE 16. December 2020: Children among group hacked to death in DRC

UPDATE 18. October 2020: Call for Urgent Actions: Everyone should do what it takes to put an end to the recruitment of “Congolese Tutsi” refugees in Rwanda, Burundi, Uganda, Kenya and Tanzania for the civil war in DRCongo

UPDATE 25. July 2020: Many more people of the Bantu speaking ethnicities of the Bembe, Lega, Nyindu, Vira and Fuliru people have been killed in a new aggression by allegedly Rwanda-backed groups under Col. Makanika. The pictures and videos of the killed, brutally mutilated, shot and decapitated people we received are far too horrific to publish, but were forwarded to the ICC. The situation has all characteritics of a genocide, but neither the national army (FARDC) nor the United Nations peacekeepers (MONUSCO) intervened. Actually MONUSCO peacekeepers stayed at the now attacked villages a few days before, but then suddenly withdrew and allowed the massacre to happen without any attempt to stop it, though their base is in Mikenge (Mi'enge) not far from the epicentre of this massacre in and around Kipupu (Epùpù).

PROLOGUE: Next time you look at your mobile phone or your golden wedding ring - think about its hidden cost from these blood-stained resource wars. Black Lives Matter also in DR Congo. At least 350 civilians and a chief were killed, while the world is mesmerized by watching Corona-News. 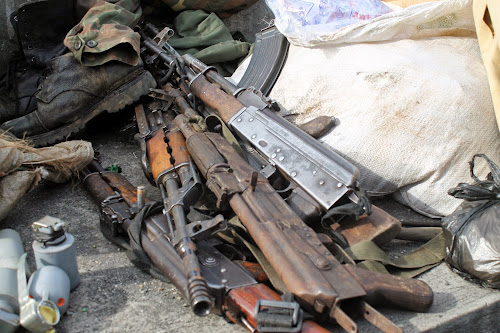 EXCLUSIVE - South Kivu - Heavy fighting was reported on Thursday (July 16th) in and around the town of Kipupu, in the Itombwe sector, in the highlands of Mwenga territory in the South Kivu province of the Democratic Republic of Congo (DRC).

According to local sources, at around 4 o'clock in the morning fighters from the Gumino group and its allies, including Burundian FNL Nzabampema rebels attacked from four axes, before taking Kipupu, the capital of the Itombwe sector, into a stranglehold.

Provisional assessment reports speak of 343/363 or 400 civilians being killed, including a widely respected custormary Chief.