Theresa May, Boris Johnson, Sajid Javid and Liz Truss must be held responsible for illegal arms sales to Saudi Arabia, the crimes against humanity committed and warcrimes. - update underneath.

A team of international lawyers and a Yemeni human rights group have submitted new evidence of alleged Saudi war crimes to the UK government in a bid to stop the sale of British weapons to the kingdom.

The nearly 300-page report alleges a litany of international law violations by the Saudi-led coalition in Yemen. It further claims that the Riyadh covered up evidence of war crimes in subsequent investigations into deadly airstrikes.

The evidence was collected by researchers from the independent Yemeni rights group Mwatana and submitted to the international trade secretary, Liz Truss, by the Global Legal Action Network (GLAN) and UK law firm Bindmans. It involved extensive on-the-ground research and analysis of airstrikes in which civilians were killed.

“The coalition has continued to carry out apparently unlawful attacks throughout the course of the conflict, failed to credibly investigate, and whitewashed significant civilian harm,” the two organisations said in a statement.

The report specifically takes aim at the coalition’s own mechanism for investigating claims of civilian casualties – the Joint Incidents Assessment Team (JIAT).

The British government has repeatedly used the existence of the team to justify continued weapons sales.

Former prime minister Theresa May said of the process in 2018: “Where there are allegations that activity has taken place that is not in line with international humanitarian law, they [the Saudis] investigate that and they learn the lessons from it.”

But researchers detail at least 12 incidents in which civilians were killed and where the JIAT denied the coalition had carried out an airstrike, despite those claims being “directly contradicted by witness and photographic evidence”.

One such incident was an attack by the coalition on a funeral in the rebel-held city of Hodeidah on 21 September 2016, which killed 23 people, including 5 children.

The new report comes as the British government prepares to respond to a Court of Appeal judgement that forced it to freeze sales of UK arms to Saudi Arabia while it reconsidered whether they could be used to violate international humanitarian law.

Judges said that it was “irrational and therefore unlawful” for the international trade secretary to license weapons exports without assessing past allegations and whether there was a “clear risk” of future breaches.

Riyadh intervened in Yemen’s civil war in 2015 to reinstate the internationally recognised government of Abd Rabbu Mansour Hadi, who was ousted by Iran-backed Houthi rebels.

The United Nations has accused the Saudi coalition of “widespread and systematic” strikes on civilian targets.

The coalition, led by Saudi Arabia and the United Arab Emirates, has admitted to causing civilian casualties in the past, but attributes the deaths to “unintentional mistakes”, and says it is committed to upholding international law.

Together with the US, the UK has played a major role in supporting the coalition’s military campaign against the Houthis – who have also been accused of war crimes by the UN.

The organisations behind the report state that they hoped the new evidence would lead the British government to halt all arms sales to Saudi Arabia.

“They can either continue to rely on discredited Saudi/UAE-led coalition assurances, or listen to those who have painstakingly documented the constant civilian deaths caused by coalition airstrikes. Multiple European states have already suspended arms sales and now the case for the UK doing the same could not be stronger,” he added.

Labour MP Lloyd Russell-Moyle, who sits on the Committees on Arms Controls in the Commons, accused the government of breaking the law in granting arms export licences for Saudi Arabia.

“Boris Johnson and Sajid Javid both illegally signed off arms export licences according to the Court of Appeal because they failed to consider Saudi Arabia’s record deliberately or recklessly attacking civilians in Yemen,” he told The Independent.

“This new evidence shows a pattern of international humanitarian law violations by the Saudi-led coalition which means, under UK law, all extant licences should be rescinded immediately.” 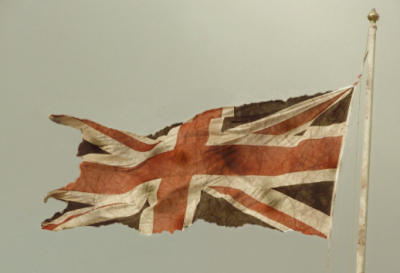 The United Kingdom’s government and its armed forces hid solid evidence of war crimes committed by British soldiers in Afghanistan and Iraq against civilians among them children, an investigation led by the BBC and the Sunday Times revealed Sunday.

The investigation found that British troops were implicated in the murders of children and the killing and torture of civilians. The soldiers’ behavior during the invasions of Afghanistan and Iraq was documented by two government-ordered inquiries – the Iraq Historic Allegations Team (IHAT) and Operation Northmoor – which investigated war crimes during the occupation in Afghanistan.

Based on leaked documents kept secret by the government, the accusations include assassinations by a soldier from the elite SAS unit, as well as deaths in custody, beatings, torture, and sexual abuse of detainees by members of the Black Watch infantry unit.

Military detectives who disclosed proof of the alleged war crimes told the year-long investigation that senior commanders covered it “for political reasons.”

In response, the Ministry of Defence said the allegations were “untrue” and the decisions of prosecutors and investigators were “independent” and involved “external oversight and legal advice.”

The British government closed IHAT and Operation Northmoor’s investigations in 2017 after Phil Shiner, a lawyer who had registered more than 1,000 allegations, was suspended from practicing law as a consequence of an accusation of paying fixers in Iraq to find clients.

However, some former IHAT and Operation Northmoor detectives say Shiner’s actions served as a pretext to shut down the inquiries after wrongdoings at the highest levels were discovered. None of the cases investigated by IHAT or Operation Northmoor resulted in a prosecution.

“The MoD had no intention of prosecuting any soldier of whatever rank he was unless it was absolutely necessary, and they couldn’t wriggle their way out of it,” an investigator told the BBC.

Another former detective said the victims had been gravely failed.

“I use the word disgusting. And I feel for the families because… they’re not getting justice. How can you hold your head up as a British person?”

Foreign Secretary Dominic Raab told the BBC that “all of the allegations, that had evidence, have been looked at,” adding “the right balance” had been struck over decisions whether or not to investigate alleged war crimes.

The original source of this article is Telesur - Copyright © Telesur, Telesur, 2019

UK Government Accused of Covering Up War Crimes in Iraq