The international expert stated unilateral measures are against the U.N.’s Declaration on the Principles of International Law concerning friendly relations and cooperation among States.

The United Nations (U.N.) Special Rapporteur on the negative impact of sanctions, Idriss Jazairy, expressed deep concern on Monday at the recent measures against Cuba, Venezuela, and Iran by the United States (U.S), arguing the use of economic sanctions for political purposes violates human rights and international law.

“The resort by a major power of its dominant position in the international financial arena against its own allies to cause economic hardship to the economy of sovereign States is contrary to international law, and inevitably undermines the human rights of their citizens,” the Special Rapporteur said.

The international expert stated unilateral measures are against the U.N.’s Declaration on the Principles of International Law concerning friendly relations and cooperation among States. The resolution, in accordance with the international body’s Charter, was adopted by the General Assembly on Oct. 1970, and it recalls “the duty of States to refrain in their international relations from military, political, economic or any other form of coercion aimed against the political independence or territorial integrity of any State.”

On this matter, Jazairy focused on the 150 sanction designations from the U.S. to individuals and entities in Venezuela since 2017 via Executive Orders (E.O.) and the Kingpin Act. That are aimed to pressure President Nicolas Maduro and the Venezuelan people. 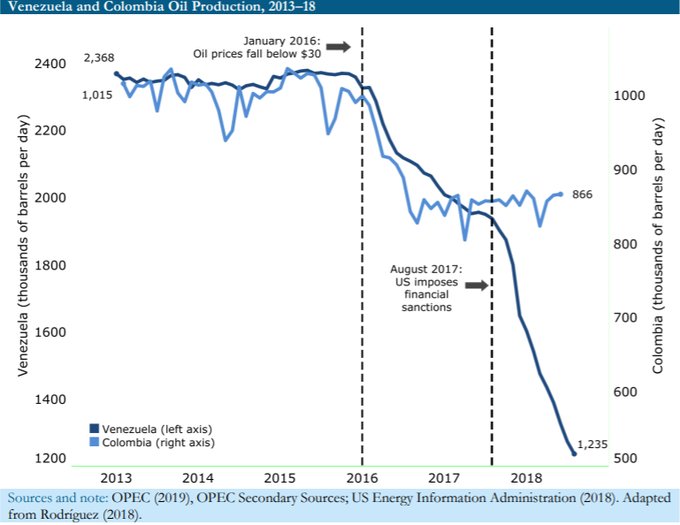 "We find that the sanctions have inflicted...very serious harm to human life and health, including an estimated more than 40,000 deaths from 2017 to 2018; and that these sanctions would fit the definition of collective punishment" #TrumpUnblockVenezuela https://cepr.net/publications/reports/economic-sanctions-as-collective-punishment-the-case-of-venezuela …

A recent report, 'Economic Sanctions as Collective Punishment: The Case of Venezuela', made by Columbia University economist, Jeffrey Sachs, and Mark Weisbrot from the Center for Economic and Policy Research, revealed that 40,000 people may have died in the Latin American nation in the last two years because of the Trump Administration.

Also showing that over US$15 billion in Venezuelan government assets are locked up due to the U.S.'s sanctions preventing the nation from exporting and importing, including food and medicine. “It is hard to figure out how measures which have the effect of destroying Venezuela’s economy...can be aimed at ‘helping the Venezuelan people’, as claimed by the US Treasury,” the expert added.

Jazairy also denounced the implementation of Title III of the Helms-Burton Act, signed on March 12, 1996, during former President Bill Clinton’s administration, with the objective of disrupting foreign investment to the island and accentuating the economic effects of the economic blockade.

Through the application of Title III, U.S. citizens can sue in their country’s courts those persons and entities that conduct business with about 200 state-owned institutions in Cuba that were nationalized after Jan. 1, 1959. The full enforcement of the anti-Cuban law would imply massive damages not only for Cuba but for U.S., Canadian, and mainly European interests, as the bloc is the largest foreign investor on the island and the country’s top export market.

“The international community must come together to challenge what amounts to blockades ignoring a country’s sovereignty, the human rights of its people, and the rights of third countries trading with sanctioned States, all while constituting a threat to world peace and security”, the U.N. appointee concluded.