ICYMI: Is artificial intelligence the future of warfare? A swarm of micro-drones autonomously navigated a dense bamboo forest in China without GPS, able to avoid trees, branches, and brush. The incredible footage suggests these drones could one day be used for search and rescue efforts or even put to sinister use: hunting humans.

Chinese scientists from Zhejiang University published a report and footage of ten lightweight drones maneuvering at speed through a forest. The technology behind the drones autonomously navigates the best flight path through high-tech sensors.

Here is the drone swarm navigating through the woods. Full video below.

In another experiment, Zhou and his team showed the drone swarm could track a human “target” through a field of trees. 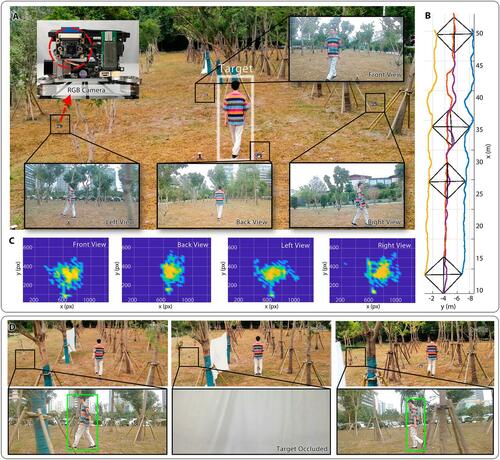 Commenting on the breakthrough research is Enrica Soria, of the laboratory of intelligent systems at the Swiss Federal Institute of Technology in Lausanne, Switzerland, who told The Telegraph:

“This work presents a notable contribution to the robotics community and an important step towards the application of drone swarms beyond the constrained environment of a laboratory, not only for exploration in forests but also for a range of safety-critical missions in human-made environments, such as urban areas with humans and buildings.”

What’s terrifying is if researchers transfer the technology to Beijing, or even the military, who could use the advanced drone software to hunt humans for domestic surveillance purposes, or equip it with weapons for the modern battlefield.

About five years ago, the world’s leading AI researchers and humanitarian organizations warned about lethal autonomous weapons systems, or killer robots, that select and kill targets without human control. Future of Life Institute released this dystopic video of “slaughterbots.” Chula Vista, CA — Inside San Diego’s metropolitan area, the second largest city, home to some 275,000 residents, has made the history books. Chula Vista hasn’t cured cancer or discovered perpetual energy; instead, their mark on history will be a dark one as they become the first city in America to be completely monitored by spy drones.

“On a per capita basis, they’re probably the most or one of the most surveilled cities in the country,” said Brian Hofer, executive director of the Oakland-based privacy advocacy group Secure Justice. “Pretty much the minute you walk outside your front door and move about your daily life, you’re going to be tagged and tracked by some law enforcement agency, even though you’ve likely never been suspected of any wrongdoing.”

Chula Vista’s drone program didn’t come to fruition overnight. Instead, the Department of Homeland Security and other government agencies coordinated with with Chinese drone manufacturers and unscrupulous actors in Big Tech and have implemented the program over the course of several years.

In 2020, as fearful citizens begged the government for safety that never came, they willingly accepted this egregious invasion of privacy.

The Free Thought Project reported on this problem in 2020 and since then it has gotten much worse. Just like the Chinese authorities, police in California equipped the drones with speakers to tell people what to do during the pandemic.

“The department is considering one strategy to use drone-mounted speakers to communicate and reach vulnerable populations in inaccessible areas of the city, like large urban canyons with homeless encampments,” the Chula Vista Police Department said in a press release when they began to spy on citizens 24/7. “Unsheltered persons are particularly vulnerable to the current pandemic, and their safety and welfare is important to stopping the spread of the disease.”

The company who manufactures the drones had no problem admitting the “Orwellian” nature of such a program.

“What we saw in China, and what we’re probably going to see around the world, is using drones with cameras and loudspeakers to fly around to see if people are gathering where they shouldn’t be, and telling them to go home,” Spencer Gore, chief executive of U.S.-based drone company Impossible Aerospace, said. “It seems a little Orwellian, but this could save lives.”

As we quickly learned, however, outside was the safest place to be and your chances of catching covid from someone outdoors are basically zero. But did government reverse course and end the program after learning these facts? Of course not.

Instead, after yelling at citizens over loudspeakers mounted on drones in March of 2020, exactly one year later and the entire city would be completely surveilled by the drone program, marking a first in American history.

In March 2021, CVPD again made history as the first in the United States to obtain Federal Aviation Administration (FAA) authorization to launch from anywhere in the city. CVPD formed more great partnerships with Southwestern College and Ayers Hotel in the eastern parts of the city to add two additional launch sites. With the addition of the two new launch sites, DFR now has city-wide coverage and can cover much of the geographical area of Chula Vista.

After authorities touted the drones as a covid safety net, police then shifted gears and now claim they aid in helping to “de-escalate otherwise unknown situations.”

“Officers have the ability then to see, ‘Is this an armed individual? Is this just someone pacing in the street? Do I really need to respond into the area or would it be better for me to stay back?’” Chula Vista Police Chief Roxana Kennedy said.

On top of the disturbing Orwellian nature of this program, there’s also a major problem with the data on these drones — such a large one, in fact, that the Pentagon won’t touch them. In 2017, the Department of Defense flagged the DJI drones over security concerns, stating that “DJI Science and Technology is providing U.S. critical infrastructure and law enforcement data to the Chinese government.”

“People don’t realize the depths of Chinese espionage and the fact that they use any opportunity,” said Jim Lewis, a researcher at the DC-based, bipartisan Center for Strategic and International Studies. “We face the biggest espionage battle we’ve ever had with China. The way people engage in espionage has changed. It’s moved largely to technology and digital devices.”

As we’ve seen with other Orwellian moves like license plate scanners and surveillance cameras, this drone program will not remain solely in Chula Vista and other states have already begun similar programs.

Matt Agorist is an honorably discharged veteran of the USMC and former intelligence operator directly tasked by the NSA. This prior experience gives him unique insight into the world of government corruption and the American police state. Agorist has been an independent journalist for over a decade and has been featured on mainstream networks around the world. Agorist is also the Editor at Large at the Free Thought Project. Follow @MattAgorist on Twitter, Steemit, and now on Minds.

Is artificial intelligence the future of warfare?

“If we’re looking for that one terminator to show up at our door, we’re maybe looking in the wrong place,” says Matt Mahmoudi, Amnesty International artificial intelligence researcher. “What we’re actually needing to keep an eye out for are these more mundane ways in which these technologies are starting to play a role in our everyday lives.”

Laura Nolan, a software engineer and a former Google employee now with the International Committee for Robot Arms Control, agrees. “These kinds of weapons, they’re very intimately bound up in surveillance technologies,” she says of  lethal autonomous weapons systems or LAWS.

Beyond surveillance, Nolan warns that: “Taking the logic of what we’re doing in warfare or in our society, and we start encoding it in algorithms and processes … can lead to things spinning out of control.”

But Mahmoudi, says there is hope for banning autonomous weapons, citing existing protections against the use of chemical and biological weapons. “It’s never too late, but we have to put human beings and not data points ahead of the agenda.”