For their study, TU Berlin used a whopping 11,000 online questionnaires in which, 5,700 were returned from academics and 4,800 from general staff. 31 universities and 24 Fachhochschulen  were included. Survey returns were split 50/50 among men and women.

Virtually, the same can be said for full-time and part time employment – roughly 50% of each group returned their survey. Yet, the most disturbing figure out of the entire survey is the fact that, a staggering 78% of all employees at Germany’s higher education sector are casual staff – which means, only 22% are in full-time employment.

Yet, compared to academics, the casualization of work is at a much lower level when it comes to general staff. Compared to the overall number of employees at Germany’s higher education sector, the situation is actually reversed. Just 16% of all admin workers are casuals. In other words, 84% of workers in IT, administration, the library, etc. are employed on a permanent contract-basis.  In short, many academics are casuals while most admin staff is permanent. Unlike them, academics have experienced a significant level of casualization – a global phenomenon. This impacts on the quality of work that the academics do. 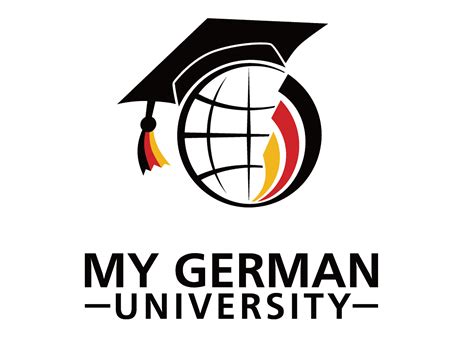 To measure the quality of work, TU Berlin’s survey relies on a scale that roughly follows the marking guide of many universities: below 50 = fail; 51-to-65 = pass; 66-to-80 = good; and 81-to-100 = outstanding. Measured on this scale, academics see their working conditions as 65 (pass/good). Meanwhile, work stress receives only 59 (pass) indicating that work at universities is stressful.

Worse, German academics have noticed an increase in work intensification only giving it 39 (fail) which is way below the pass mark of 50. What ranks consistently high is the intrinsic value of work  at a university (83 points). German academics think that their work still adds value to society. Overall, they also note an unsatisfactory level of rewards, for which it only receives a pass (61).

Things are worse for general staff. When asked, is your work emotionally demanding?University workers only gave the mark 47 – a straight fail. Worse, work intensification receiving only 34. In other words, working conditions for general staff are getting poorer. Further, not much better marks are given to wages, which also received a straight fail mark (41).

Again, workers rankedintrinsic values to receive the high mark of 84. The idea of work having an “intrinsic value” describes that work is valuable on its own. Work has value for its own sake. Work has value “in-itself”, as German philosopherKantwould call it. Ranking theintrinsic valueof work so high, most academics and general staff find working in higher education positive and contribute to society. Unlike Graeber’s Bullshit Jobs, most German academics believed that their work contributes to the common good.

Workers in general administration see work intensification at even worse levels, giving the amount of work they have to cover, a mark of 32 which, again, is way below the pass mark of 50. Similarly, workers in IT, etc. and in libraries, see the amount of work that they are forced to cover as not much better (36 and 27 respectively). In other words, most university workers experience an intensification of work. Work, in general, is intensified at German universities.

I find it a burden that so many contracts at my university, and in particular in my department, are for a limited period of time. It is not conducive to collegial cooperation and the mood in the team and at the university. Knowledge and resources are lost again and again when employees leave the university – sometimes after a very short time. The quality of work suffers and the motivation in the team decreases.

There are two reasons for this. Firstly, there is a substantial amount of employment that is based on a specific research project. These run for a specific time. Secondly, short-term employment is prevalent in positions created for the purpose of achieving the next level of a qualification, such as, for example, jobs for a PhD, Post-doctoral positions, and those employed as young professors (Juniorprofessoren).

Interestingly, more than half (55.5%) of all short-term contracts are actually very short. These contracts give employment of less than one year. 21.2% of workers said, they are employed only for one to two years. Whilst 12.6% said, two to three years, and 10.7% said, more than three years. As one worker explains,

even if you are doing a job that they need and you work in a lot of projects, you only get a chain of project-based contracts. Since project-based work is on the rise and these are only financed for the duration of the project, employment contracts are getting ever shorter.

This means that the McDonaldization of academic work leads to an increase of stress with regard to future job prospects. As Mark Fisher convincingly argues, there is also a close connection between rising rates of mental stress and the neo-liberal mode of capitalism. This mode has truly arrived at Germany’s higher education sector.

As one might have suspected, McDonaldization  and casualization also impact on working time. As a university worker stated, it is simply expected to work beyond normal working hours and there is no control mechanism that can stop it. While most employees in the area of general administration work between 35 and 40 hours per week, many academics on short-term contracts work more than 40 hours per week (46.2%) even though, their contract states less than the actual working time.

For example, workers employed on a 20-hour contract tend to work 31.3 hours per week. One worker testified to this, working time is recorded via a timesheet. But what a “lying log”. This hides the considerable additional work we do. This work is not recorded. Worse, it largely depends on the goodwill of your line supervisor to be compensated for the additional work you do.

The aforementioned junior-professors tend to work significantly longer hours than their contracts specify. The same applies to young academics on short-term contracts, to those employed in a PhD programme, and to those working in a job linked to a post-doctoral programme.

Yet, when it comes to general staff, there is no recognisable difference in the amount of weekly overtime that is worked between those employed in IT, in general administration, and in the library. There is also no difference between those on long-term and those on short-term contracts.

Yet, another area that does not contribute to motivating people to work at German universities is the lack of what is called a work-life balance. One fifth of workers in Germany’s higher education sector experience problems to “balance” work and life almost all the time (19%). Meanwhile, roughly 1/3 or 36% say they experience problems “balancing” work and life on a regular basis. Most already know that women suffer from this more than men. The German survey supports this. The lack of a work-life balance is made worse by an ever increasing intensification of work. A worker noted,

I am a long-time employee of the university. Over the past few years, the volume of work has become more and more. This is neither honoured in our remuneration, nor by my superiors. Being overloaded with work has already made me sick. I’m glad if I somehow manage to get my retirement. I will be even more glad on the day when I no longer have to enter this joint.

This statement is supported by the fact that, the report found five issuesthat increased work stress and the amount of work that employees in Germany’s higher education sector are forced to do:

On the aforementioned scale that starts with 50 (a pass mark), the average mark given by workers at German university was 33. This is substantially below the pass mark. This negative assessment is distributed rather evenly between academics and general staff. Work intensification is recognisably independent whether one is an academic, or one works in administration, IT, the library or elsewhere. Surprisingly, the issue of work intensification fared slightly better among young academics on short-term contracts (mark: 39) compared to junior professors which only gave the mark 28.

Worse, a stratospheric 76% said that they experience time pressure almost all the time. Meanwhile, 17% said they do so quite often. This leads to a lowering of quality aiding the infamous dumbing down of universities.This further aids the McDonaldization of academic work at universities. All too often, this is also signified by the casualization of academics. Many young academics are forced to move from one project to the next, and from the one short-term contract to the next short-term contract.

Of course, this impacts rather negatively on the future prospect of young academics. As one academic said, I am a young academic. The uncertainty due to temporary contracts that alternate with periods of unemployment creates a serious psychological burden on me. I know that insecurity will ultimately lead to a very low retirement income. Indeed, 22% of university workers are “to a high degree” – convinced that their retirement fund will be insufficient. Only 35% believe that their retirement fund will enable them to retire comfortably.

Overall, there are two serious issues that German workers in the higher education sector face. The first is the rampant job insecurity which comes as a result of the high prevalence of short-term contracts aligned to project-based employment. And, the second issue is an ever increasing level of work intensification. On the latter, a worker noted,

Like many of my colleagues, I have two part-time jobs. The stress, pressure, and workload corresponds to two full-time positions. Since my employment is short-term, the fear of losing one of the two jobs or even both, is immensely high. If I were to lose even one job, I would no longer be able to cover my living expenses. Sometimes, I get an extension for half a year, sometimes for a whole year. It never lets me rest. I can never plan a vacation or be sure that I will still be able to pay my rent.

And another worker said, often, I see that in academia, we suffer greatly from a high staff turnover. There is no continuity in teaching and research. Many of my colleagues would like to carry on working in the academic field, but they do not even get a chance. In my opinion, this gross maladministration leads to the fact that many talented workers (have to) move to jobs in industrysince the prospects for permanent employment are extremely low.

Finally, Germany is widely known for its high quality research leading to two Nobel Prizes just in the year of 2021. Yet, behind the shiny façade of Germany’s research and science institutions lurks a rather different picture.

Germany’s higher education sector is plagued by almost pathological levels of deteriorating working conditions. There is an increase in work intensification. Worse, many young academics are beset by short-term contracts leading to work stress, job insecurity and what is known as the McDonaldization  of work.

This has become so bad that working at a German university today might best be described by the term Academentia. The term “Academentia” combines “academia” (post-secondary education) with “dementia” (progressive impairments to memory, thinking and behaviour which negatively impacts on a person’s ability to function). In short, Academentia describes a state of organisational insanity in which, academics can no longer function as scholars. This has progressed to serious levels.

Thomas Klikauer  teaches MBAs and supervises PhDs at the Sydney Graduate School of Management, Western Sydney University, and writes for a variety of publications His next book is on Media Capitalism (Palgrave).