Eight British police officers were injured and 12 people were arrested on Friday evening as hundreds of protesters clashed with police in central London on Bonfire Night.

The protesters then moved to Parliament Square where they clashed with police wearing protective gear.

The Metropolitan Police said on Twitter that the demonstrators had been “dangerously lighting fireworks and rockets,” some of which “struck people or exploded near to the crowd.” 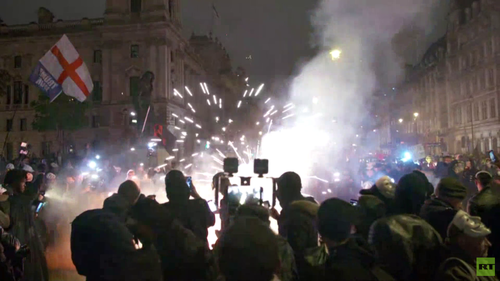 The Met said a total of 12 arrests were made “for a variety of offences” during the demonstrations across London.

The force said eight officers were injured, which it said was “unacceptable.” 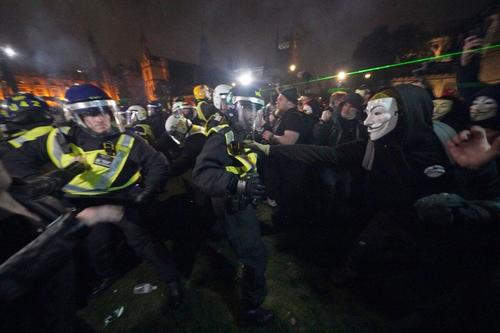 Police clash with protesters as they take part in the Million Mask March in Parliament Square, London, on Nov. 5, 2021. (PA)

Many of the demonstrators taking part in the rally, which is known as the Million Mask March, held signs protesting against the COVID-19 lockdown.

Since March 2020, England has undergone three national lockdowns and a wave of “tiered” regional lockdowns, resulting in numerous job losses and the permanent shutdown of many businesses. Schools were shut for months on end, with exams cancelled for two consecutive years. For months, attending events and protests was also outlawed, as was meeting with friends and family. 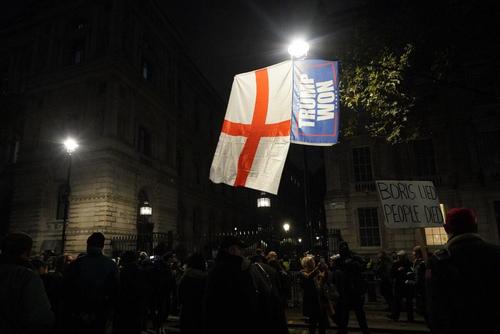 The UK government lifted all CCP (Chinese Communist Party) virus lockdown restrictions on July 19 in England. On Sept. 12, the government said the prime minister was set to repeal in the near future some of the emergency powers enacted in England by the Coronavirus Act 2020.

Bonfire night, also known as Guy Fawkes Night, is a British tradition that originates from Nov. 5, 1605, when Guy Fawkes was arrested for trying to blow up the House of Lords, and King James I with it.

Britons mark the day with bonfires and fireworks each year.

The white, smiling Guy Fawkes masks have become popular among protesters globally by anti-establishment hackers and the film “V for Vendetta.”