Update: Among those killed are 4 South-Sudanese bystanders

The protesters wer were shot dead over five days of protests against hikes in prices and downward spiraling economic conditions.

According to independent observers at least 37 Sudanese protesters have been murdered by police in the country during the protests that started Wednesday.

Marches had been called by workers' assocations Tuesday going from Aby Janzir Square in central Khartoum to the presidential palace to demand that President Omar al-Bashir immediately step down after 29 years in office and for the formation of a transitional government.
The Association consists of a coalition of workers from the health, law, communications, education and engineer sectors.

“With further protest planned tomorrow, the fact that the security forces are using lethal force so indiscriminately against unarmed protesters is extremely troubling,” said Sarah Jackson, Amnesty International's deputy director for East Africa, the Great Lakes and the Horn.

“The trigger of the protests was the rise in the bread prices, but underlying these protests is a long-standing public discontent over the economic and political policies of Bashir’s regime,” Sudanese analyst Mohamed Osman stated. 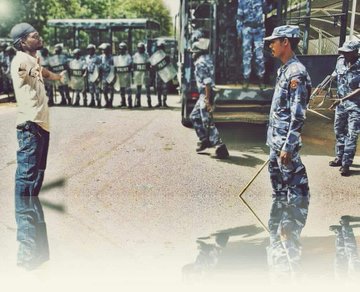 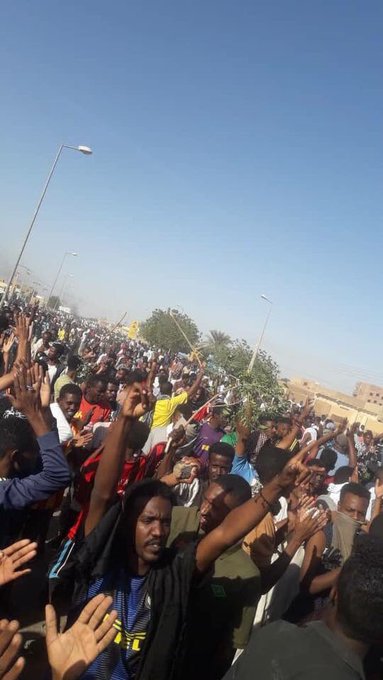 Dear Friends from all around the world,
My country Sudan is uprising against the dictatorship, massive protests are happening, death tolls increasing, social media had been suppressed by telecom companies. Please, help us to highlight regime awful practices against demonstrators.

7,089 people are talking about this

Since the demonstrations started spreading Wednesday, police have dispersed protesters with tear gas as well as using live ammunition in some cases, residents say. Authorities have shuttered schools and declared states of emergency and curfews in several states with the aim of weakening the demonstrations against Bashir.

The official Sudan News Agency (SUNA) said Bashir had met security aides Monday. It quoted him as saying the state was "continuing with economic reforms that provide citizens with a decent life".

Government officials have blamed the unrest on "infiltrators".

"Instead of trying to stop people from demonstrating, the authorities should be focusing on ending longstanding repression of human rights and resolving the economic crisis that has collectively precipitated these protests,” Jackson said.