The Obvious Solutions will take a Revolution

The Solutions are Obvious, but it will take a Revolution to win them

The consensus is that the best way to stimulate the economy and reduce wealth inequality is to give more money to the bottom 80%.

The United States has reached a severe crisis point and the next few months will determine how we address it. The COVID-19 pandemic is raging across the country and some areas are struggling to provide enough hospital beds and staff to care for people. The recession is deepening as unemployment benefits and the moratorium on evictions run out. Yet, members of Congress cannot even agree to pass a weak version of the CARES Act they passed last March when the situation was less serious.

This is our moment. This is the time to make demands that the government take action to address the people’s needs. Even the most ‘progressive’ members in Congress  have shown they are unwilling to do more than talk about the crisis. They refuse to use what little power they have to confront their leadership. It is up to us to bring the crisis to members of Congress and demand immediate action. 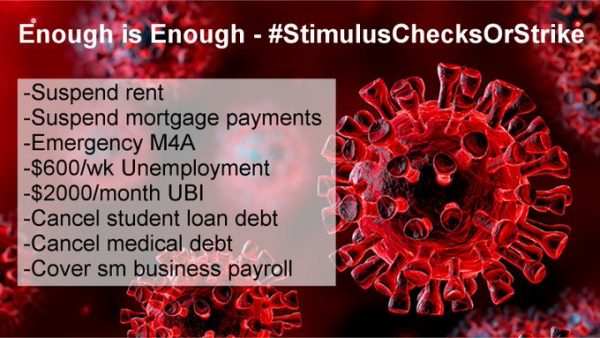 The minor economic recovery that occurred over the summer when businesses started to open back up has faltered. The real number of unemployed people rose in November as hundreds of thousands of people stopped looking for work. On top of that, the crises have gone on for so long that businesses, especially restaurants, are scaling back or closing making the job losses permanent. In fact 110,000 restaurants have gone out of business this year.

Hunger and poverty are rising with 50 million people, including 1 in 4 children, lacking food security. The number of children who are homeless, 1.5 million, is at a record high. And fewer students are applying for college.

Unemployment, homelessness and hunger put people at risk of poor health and death from COVID-19 and other causes. It is all connected and there are obvious solutions to these crises. The problem is that Congress is refusing to act.

Sarah Lazare points out that Congress had no trouble approving a $740 billion budget for the Pentagon on December 2. She writes, “That we can find the mon­ey for war but not for coro­n­avirus relief expos­es the moral rot at the cen­ter of U.S. pol­i­tics, a rot that must be dug out and expunged if we are to get through this crisis.”

This week, Congress agreed to a one week extension of funding to keep the government open and to give them more time to agree to a COVID-19 relief package. The package currently being discussed is much smaller, just over $900 billion, than the $3.4 trillion HEROES Act passed by the House last May. It would give $300/week in unemployment benefits for 18 weeks and extend the two pandemic unemployment programs, one that targets gig and self-employed workers and the other that extends unemployment benefits. It would provide some funding to small businesses and local and state governments as well as funding for vaccines and health care. It will also extend the eviction moratorium and student loan deferment, give funds to schools and increase food stamps. It will not provide direct payments to people.

The sticking point seems to be that the Republicans are insisting on immunity for businesses from liability for workers being infected with COVID-19 on the job. There have been record numbers of complaints to the Occupational Safety and Health Administration (OSHA) this year by workers who are not being provided with adequate protection on the job. The Democrats are refusing to concede on this provision in the bill, which is far weaker than what is needed. 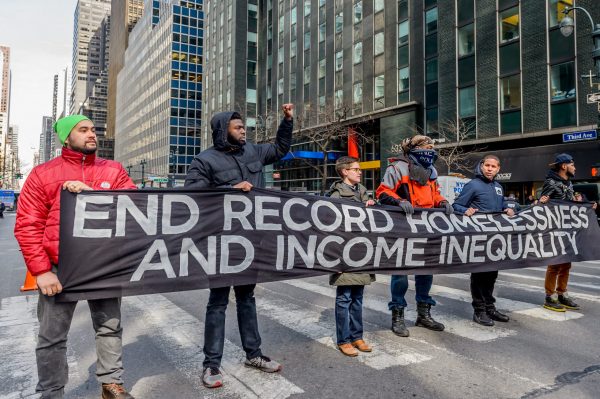 Project Syndicate reports that scholars who study wealth inequality and its impact on the overall economy are pretty clear about the problems and solutions. The wealthy, who have benefited greatly during the pandemic, hoard most of their money, keeping it out of circulation. The rest of the people spend any money they have out of necessity to cover basics like food and housing, but this doesn’t add up to much when the bottom 80% of people only hold 14% of the wealth.

The consensus is that the best way to stimulate the economy and reduce wealth inequality is to give more money to the bottom 80%. Project Syndicate cites policy recommendations from MIT’s Task Force on the Work of the Future that include taxing the rich, raising the minimum wage and strengthening collective bargaining, and providing government healthcare, free education and more extensive unemployment benefits.

These are similar to demands that many groups are making. This week, taxi drivers from New York to Maryland converged on Washington, DC to demand relief. They rallied at the Capitol and drove around downtown with signs on their cars. Health care workers continue to strike over long hours and lack of protection. Students at Columbia University, the most expensive school in the country, are preparing for a tuition strike to protest student debt. Teachers are also resisting school re-openings. Churches are raising funds to buy up and forgive medical debt.

One demand that is getting a lot of attention is National Improved Medicare for All (NIMA). The Congressional Budge Office came out with a report this week that found NIMA would save $650 billion a year in administrative costs. If it included long term care, it would still save $300 billion. There is a NIMA bill in the House that is pretty good, HR 1384, introduced by Pramila Jayapal.

Jimmy Dore is calling on so-called progressive Democrats who champion NIMA to demand a vote on HR 1384, which has 115 co-sponsors, by threatening not to support Pelosi for Speaker of the House if she refuses. The Democrats will have a slim majority in the House next year, so even if as few as 15 members had the courage to do this, they could force a vote. This would expose whether the Democrats who have run on NIMA and won really mean it. The Congressional Progressive Caucus is the largest caucus in the House. They have the power to stop legislation, but to date, they have refused to use that power.

If there were ever a time to demand NIMA, it is now. At least 14 million more people have lost their health insurance this year, bringing us to similar numbers of uninsured people as there were in 2009 when the health reform process took place. But, sadly, it doesn’t look good. Even the “Squad” in Congress is refusing to go against Pelosi. 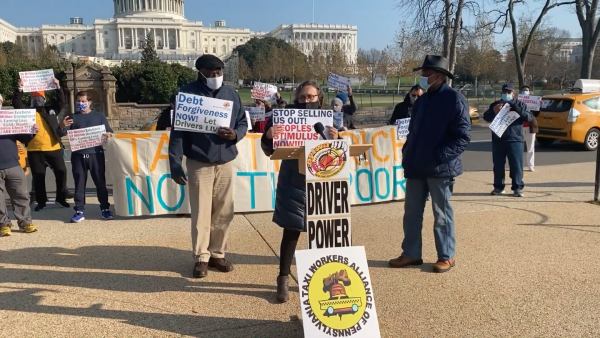 This is why it is up to us to take action. We can’t count on Congress or a Biden-Harris White House to take action to meet our needs. In his most recent article, Chris Hedges calls out the liberal class that called itself “The Resistance” while Trump was in office. Where will that liberal class be in 2021 as the pandemic, recession and right wing violence escalate?

The liberals and those who are funded by Democratic Party-aligned groups will not demand what is needed unless there is a strong left that exposes them and holds them accountable. In fact, groups like the Poor People’s Campaign have already abandoned support for NIMA and are supporting the totally inadequate Biden-Harris healthcare proposal.

To win what we need, we must be clear about what we are demanding. The People’s Agenda is a good place to start. And we must take action in our communities to pressure lawmakers at every level, to withhold our support through strikes, boycotts and other actions, to build networks of mutual aid to sustain us through these crises and to create alternative institutions that are founded in equity and democratic participation. This is what revolution looks like.

Caitlin Johnstone wrote in “In an Insane World, Revolution Is the Moderate Position,” that our demands for putting people and the planet over profits and for respect for human rights are not radical, although the power structure will tell us they are. If we want to defeat the extreme right, we must create a country where all can prosper. It is economic insecurity and the power holder’s blaming certain sectors of society for it instead of taking responsibility that is fueling division and violence.

Johnstone concludes with these wise words:

“To live a revolutionary life, you should insist on the normality and mundaneness of your own position. Sanity should not be special and unusual, and we should not participate in the delusion that it is. Let your life be an expression of the common sense ordinariness of revolution.”

It is time to take revolution mainstream. 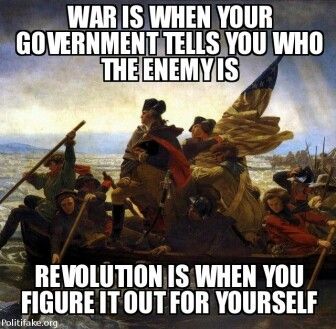