The 66-year-old scientist from Somaliland has been honoured by the three researchers who discovered the new scorpion species in the region in recognition of his decades of work in conservation and environmental protection.

"Most of the species identified in Somalia and Somaliland are named after a place, a characteristic that a plant or animal may have or somebody from Europe or America," he told the BBC in his lively voice on the line from his office in Hargeisa.

"But for many young people here, it will encourage them to know that this species is named after Awale - after all Awale is a Somali." His pride in having this honour clearly shines through.

'Large but not that lethal'

Since the 19th Century, researchers, mostly from Europe, have been exploring the rich ecology of the Somali region, but Mr Awale wants to add to the growing number of Somalis taking up zoology and botany.

The 15cm large-clawed scorpion that now carries his name was found in an arid landscape near Agabara village about 50km (30 miles) north of Hargeisa, the capital of the self-declared republic of Somaliland.

It is not as venomous as some of its smaller cousins as there is often an inverse relationship between the size of a scorpion's claws and the power of its sting, Mr Awale explains. 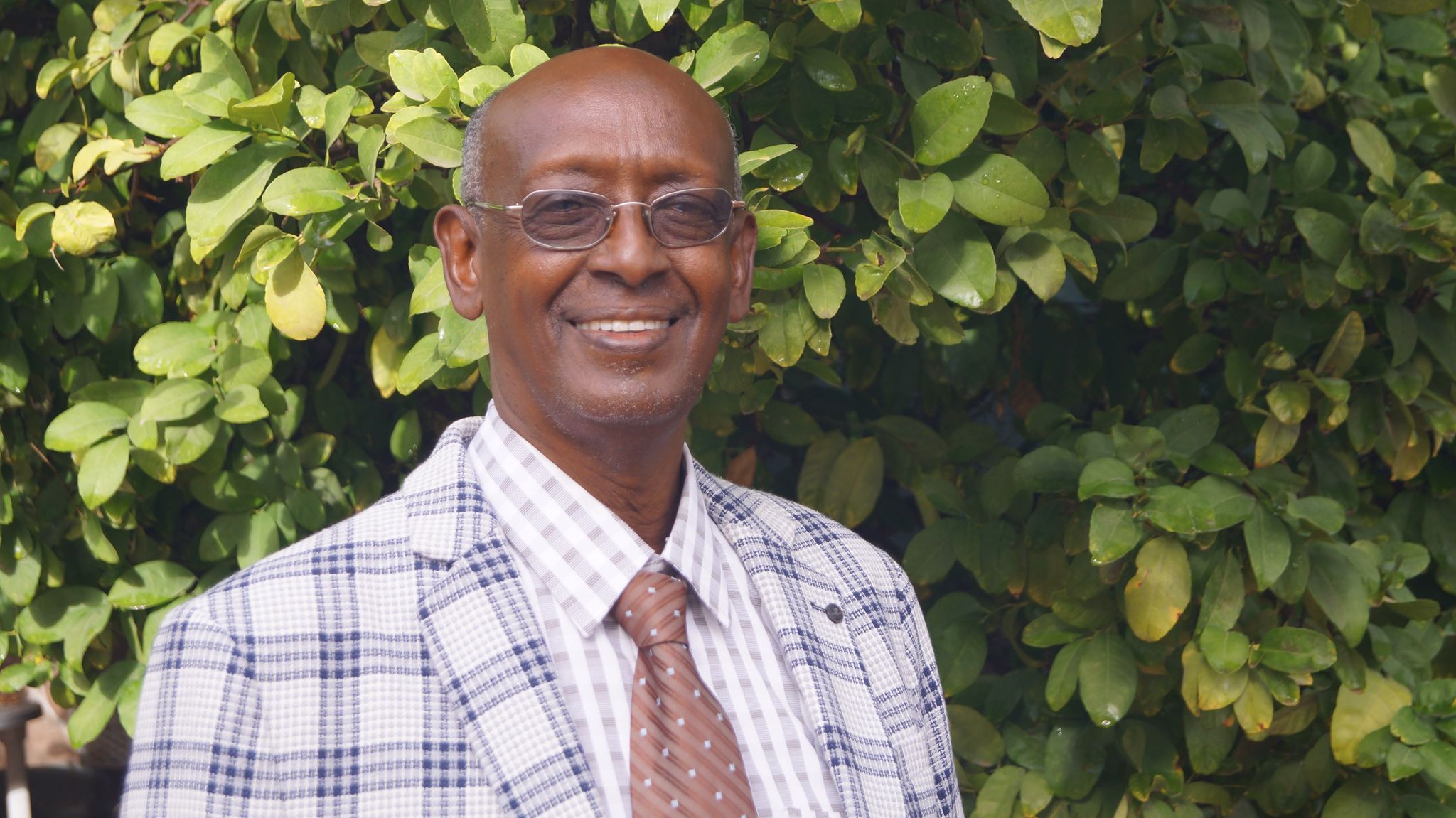 This marks a shift in the narrative from the mainstream perception of piracy, extremism, famine and instability"

But Pandinurus awalei is just one of 50 scorpion species that live in Somaliland, some of which are only found in the Somali region.

This fact gives a hint at its rich biodiversity. As well as a host of animal species, there are at least 3,000 species of plants that have been identified and more than 700 of them are endemic, or native, to the region - and that number is growing.

"Every year new discoveries are coming," says Mr Awale, who himself found a new species of Aloe in 2014.

"This articulates the message that all that is coming from Somaliland and the region is not that bleak. We always hear negative news and this marks a shift in the narrative that is different from the mainstream perception of piracy, extremism, famine and instability."

True to his name - Awale means "the lucky one" in Somali - he made his own discovery by chance.

He was driving off-road "in the middle of nowhere" on one of his many field trips when he spotted huge clumps of more than 1,000 aloe plants.

"It was something I had never seen in my life," he says and he went to investigate.

The plant was also a different colour to other aloes and though the local people knew it as dacar-cas (red aloe), they did not know how unusual it was.

After taking a sample and going through a lengthy research and verification process - which included searching the archive at London's Royal Botanic Gardens and the East African Herbarium in Nairobi - it was proved last year that this was a new species. Mr Awale and his team of researchers named it Aloe sanguinalis (red aloe).

The discovery was the culmination of a lifetime's passion that he partly puts down to where he grew up.

Born in 1954 in Adadlay, a village 95km east of Hargeisa, he lived near the Gaan Libah mountain, "which is one of the most beautiful places in Somaliland in terms of biodiversity".

He came from a family of pastoralists, but his father, who ran a small shop in the village, paid for his education and in the end he studied agriculture and environmental science at the Somali National University in Mogadishu.

Mr Awale's upbeat message about the biodiversity of Somaliland is tempered by a concern for its future.

Like everywhere else, species are under threat and some are dying out.

A combination of changes of land use for urban development, the clearing of forests for charcoal, the proliferation of invasive species and climate change are "pushing a number of species into extinction".