UPDATE 07. October 2020: ‘Rewriting the code of life’: Chemistry Nobel Prize awarded to 2 women for CRISPR ‘genetic scissors’ "breakthrough" - but it is in reality a biological weapon. 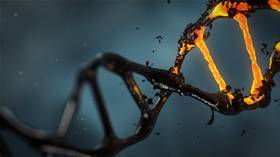 It is now six months since the world’s first gene-edited babies were born in China, but researchers in the US warn that, though the twin girls may be more resistant to HIV, they also have “significantly increased mortality.”

Geneticist He Jiankui, dubbed the 'Chinese Frankenstein,' shocked the world in November 2018 when he announced that he had created the first gene-edited babies. He and his team edited the gene CCR5 from two twin babies (a third gene-edited child is due to be born this summer) in a bid to make them immune from HIV.

However, it turns out that people with the variant of that genome that He and his team gave the children are 21 percent more likely to die younger according to researchers from UC Berkeley.

Having searched through a vast repository of human-subject DNA from some 400,000 people, the Berkeley scientists found that CCR5 is somewhat of a double-edged sword: while it might grant the children a heightened immunity to the HIV virus, it leaves them more susceptible to dangerous strains of flu and the West Nile Virus.

“What we found is that they had significantly increased mortality,” lead researcher Rasmus Nielsen told NPR, breaking the unfortunate news that the twin girls are now 21 percent less likely to live until the age of 76 as a result of the CRISPR editing they were subjected to.

The scientific community at large was outraged when reports first appeared of He's human experiments and it appears their indignation has been vindicated.

In addition, according to the data He himself presented last year following his bombshell announcement, he didn't even manage to edit the specific gene as intended, further emphasizing the risk inherent to playing god with our own DNA.

The changes made could last for generations, further highlighting the dramatic consequences of failure and the extremely tight margins for error. 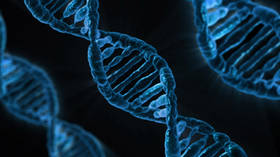 The Nobel Prize in Chemistry has been awarded to two women for their development of the CRISPR/Cas9 genetic scissors, which has revolutionized modern science. They are the sixth and seventh women to win the prize for chemistry.

Following the announcement of the Nobel prizes for medicine and physics earlier this week, American Jennifer Doudna, 56, and Emmanuelle Charpentier, 52, from France were awarded the $1.1 million prize.

BREAKING NEWS: The 2020 #NobelPrize in Chemistry has been awarded to Emmanuelle Charpentier and Jennifer A. Doudna “for the development of a method for genome editing.” pic.twitter.com/CrsnEuSwGD

“This technology has had a revolutionary impact on the life sciences, is contributing to new cancer therapies and may make the dream of curing inherited diseases come true,” the Royal Swedish Academy of Sciences said in a statement. 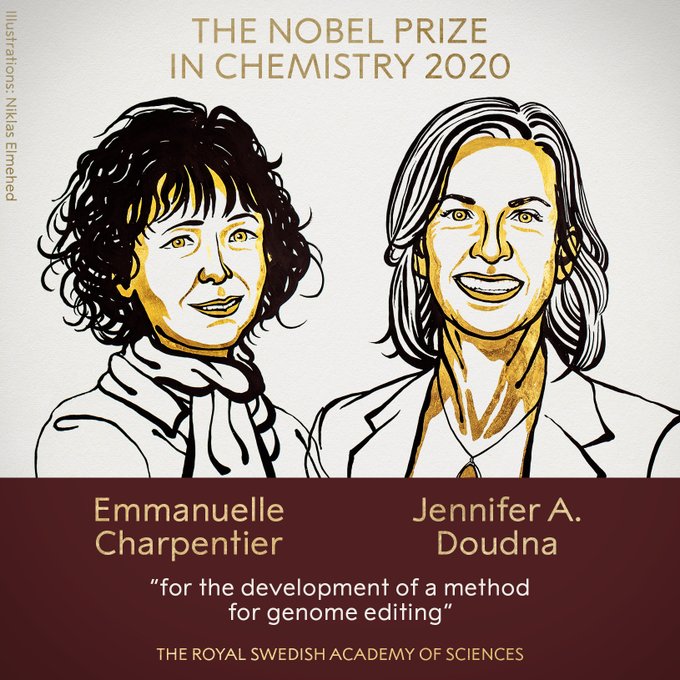 The pair join scientific luminaries such as Marie Curie, who won in 1911, and more recently, Frances Arnold, in 2018.

CRISPR is now synonymous with gene editing the world over and has led to major breakthroughs across numerous fields, most notably cancer research.

The CRISPR-Cas9 tool is often referred to as a genetic scissors which allows scientists to rewrite the code in the DNA of animals, plants microorganisms with unprecedented precision.

“This year’s prize is about rewriting the code of life,” said Goran Hansson, secretary-general of the Royal Swedish Academy of Sciences, as he announced the names of the laureates.