The UK: One of the most corrupt states on Earth

‘Awarding coronavirus contracts to unusual companies, without advertising, transparency or competition now appears to have been adopted as the norm.’

Fear, shame, embarrassment: these brakes no longer apply. The government has discovered that it can bluster through any scandal. No minister need resign. No one need apologise. No one need explain.

As public outrage grows over the billions of pounds of coronavirus contracts issued by the government without competition, it seems determined only to award more of them. Never mind that the consulting company Deloitte, whose personnel circulate in and out of government, has been strongly criticised for the disastrous system it devised to supply protective equipment to the NHS. It has now been granted a massive new contract to test the population for Covid-19.

Never mind that some of these contracts have reportedly cost taxpayers £800 for every protective overall delivered. Never mind that at least two multi-million pound contracts appear to have been issued to dormant companies. Awarding contracts to unusual companies, without advertising, transparency or competition now appears to have been adopted as the norm. Several of the firms that have benefited from this largesse are closely linked to senior figures in the government.

Every week, Boris Johnson looks more like George I, under whose government vast fortunes were made by political favourites, through monopoly contracts for military procurement. Any pretence of fiscal rectitude or democratic accountability has been abandoned. With four more years and the support of the billionaire press, who cares?

The way the government handles public money looks to me like an open invitation to corruption. While it is hard to show that any individual deal is corrupt, the framework under which this money is dispensed invites the perception.

When you connect the words corruption and the United Kingdom, people tend to respond with shock and anger. Corruption, we believe, is something that happens abroad. Indeed, if you check the rankings published by Transparency International or the Basel Institute, the UK looks like one of the world’s cleanest countries. But this is an artefact of the narrow criteria they use.

As Jason Hickel points out in his book The Divide, theft by officials in poorer nations amounts to between $20bn and $40bn a year. It’s a lot of money, and it harms wellbeing and democracy in those countries. But this figure is dwarfed by the illicit flows of money from poor and middling nations that are organised by multinational companies and banks. The US research group Global Financial Integrity estimates that $1.1tn a year flows illegally out of poorer nations, stolen from them through tax evasion and the transfer of money within corporations. This practice costs sub-Saharan Africa around 6% of its GDP.

The looters rely on secrecy regimes to process and hide their stolen money. The corporate tax haven index published by the Tax Justice Network shows that the three countries that have done most to facilitate this theft are the British Virgin Islands, Bermuda and the Cayman Islands. All of them are British territories. Jersey, a British dependency, comes seventh on the list. These places are effectively satellites of the City of London. But because they are overseas, the City can benefit from “nefarious activities … while allowing the British government to maintain distance when scandals arise”, says the network. The City of London’s astonishing exemption from the UK’s freedom of information laws creates an extra ring of secrecy.

The UK also appears to be the money-laundering capital of the world. In a devastating article, Oliver Bullough revealed how easy it has become to hide your stolen loot and fraudulent schemes here, using a giant loophole in company law: no one checks the ownership details you enter when creating your company. You can, literally, call yourself Mickey Mouse, with a registered address on Mars, and get away with it. Bullough discovered owners on the Companies House site called “Xxx Stalin” and “Mr Mmmmmm Xxxxxxxxxxx”, whose address was given as “Mmmmmmm, Mmmmmm, Mmm, MMM”. One investigation found that 4,000 company owners, according to their submitted details, were under the age of two.

By giving false identities, company owners in the UK can engage in the industrial processing of dirty money with no fear of getting caught. Even when the UK’s company registration system was revealed as instrumental to the world’s biggest known money-laundering scheme, the Danske Bank scandal, the government turned a blind eye.

A new and terrifying book by the Financial Times journalist Tom Burgis, Kleptopia, follows a global current of dirty money, and the murders and kidnappings required to sustain it. Again and again, he found, this money, though it might originate in Russia, Africa or the Middle East, travels through London. The murders and kidnappings don’t happen here, of course: our bankers have clean cuffs and manicured nails. The National Crime Agency estimates that money laundering costs the UK £100bn a year. But it makes much more. With the money come people fleeing the consequences of their crimes, welcomed into this country through the government’s “golden visa” scheme: a red carpet laid out for the very rich.

None of this features in the official definitions of corruption. Corruption is what little people do. But kleptocrats in other countries are merely clients of the bigger thieves in London. Processing everyone else’s corruption is the basis of much of the wealth of this country. When you start to understand this, the contention by the author of Gomorrah, Roberto Saviano, that the UK is the most corrupt nation on Earth, begins to make sense.

These activities are a perpetuation of colonial looting: a means by which vast riches are siphoned out of poorer countries and into the hands of the super-rich. The UK’s great and unequal wealth was built on colonial robbery: the land and labour stolen in Ireland, America and Africa, the humans stolen by slavery, the$45tn bled from India.

Just as we distanced ourselves from British slave plantations in the Caribbean, somehow believing that they had nothing to do with us, now we distance ourselves from British organised crime, much of which also happens in the Caribbean. The more you learn, the more you realise that this is what it’s really about: grand larceny is the pole around which British politics revolve.

A no-deal Brexit, which Boris Johnson seems to favour, is likely to cement the UK’s position as the global entrepot for organised crime. When the EU’s feeble restraints are removed, under a government that seems entirely uninterested in basic accountability, the message we send to the rest of the world will be even clearer than it is today: come here to wash your loot. 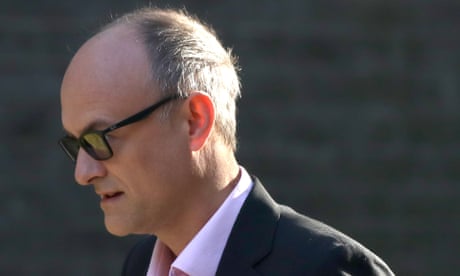 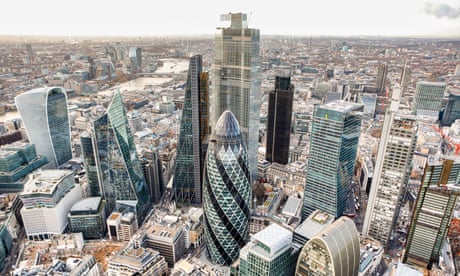 UK must crack down on dirty money after Russia report, says Labour

We're Fighting For Our Lives

International best-selling author, Dr Vernon Coleman MB ChB DSc FRSA, asks why so many people fail to understand that they are collaborating in their own destruction - the greatest ever threat to humanity. He explains how and why governments have manipulated public opinion and suggests why Sweden may be the location of the second wave. He also explains why he believes food shortages are coming and why the cabal running the world is destroying all aspects of our lives.
For more unbiased information about other important matters, please visit https://www.vernoncoleman.com