Next in Coronavirus Tyranny

In my first week in the House of Representatives in 1976, I cast one of the two votes against legislation appropriating funds for a swine flu vaccination program. A swine flu outbreak was then dominating headlines, so most in DC were frantic to “do something” about the virus.

Unfortunately, the hastily developed and rushed-into-production swine flu vaccine was not only ineffective, it was dangerous. Approximately 50 people who received the vaccine subsequently contracted Guillain-Barré syndrome, a potentially fatal form of paralysis. According to an expert with the Centers for Disease Control, the incidence of Guillain-Barré was four times higher among those who received the swine flu vaccine than in the general population.

That sad history may soon repeat itself. Right now, governments and private industries are working to rapidly develop and deploy a coronavirus vaccine. Microsoft founder Bill Gates, who is a major funder of these efforts, has suggested everyone who receives a vaccine be issued a “digital certificate” proving he has been vaccinated. Dr. Anthony Fauci, whose record of wrong predictions makes him the Bill Kristol of epidemiology, also wants individuals to carry some proof they have been vaccinated.

Another authoritarian proposal floated to deal with coronavirus is to force everyone to download a phone app that will track their movements. This would allow government officials to identify those who may have been near anyone who may have had coronavirus. Such mandatory “contact tracing” is an assault on our privacy and liberty.

Vaccines can improve health. For example, vaccines helped reduce the incidence of diseases like polio. But not all vaccines are safe and effective for all people. Furthermore, certain modern practices, such as giving infants multiple vaccines at one time, may cause health problems. The fact that vaccines may benefit some people, or even most people, does not justify government forcing individuals to be vaccinated. It also does not justify vaccinating children against their parents’ wishes. And it certainly does not justify keeping individuals and families in involuntary quarantine because they do not have “digital certificates” proving they have had their shots.

Proponents of mandatory vaccines and enhanced surveillance are trying to blackmail the American people by arguing that the lockdown cannot end unless we create a healthcare surveillance state and make vaccination mandatory. The growing number of Americans who are tired of not being able to go to work, school, or church, or even to take their children to a park because of government mandates should reject this “deal.” Instead, they should demand an immediate end to the lockdowns and the restoration of individual responsibility for deciding how best to protect their health.

Bill Gates, Elon Musk & Soros Are Frontmen For The Top of the Pyramid

How much does it cost to produce? 93 cents per day of treatment.

Benefits? Only 3 percent increase in chance of survival. And it is the only drug being pushed for corona by Fauci and Gates, for obvious reasons. The reasons it is pushed them are: 1. If it works, it does so poorly that statistical chatter buries whether or not it works, and 2. It is priced catastrophically, criminally high. The fact the FDA allows this is a comical hit to their credibility. The FDA is a clown show hoax. But what would you expect from the agency that claims vaccines don't cause autism?

Amazon, Google, and Apple have moved past monopoly status to competing directly with governments… and winning 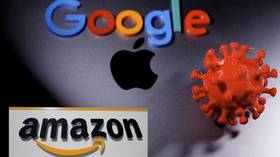 US Senator Josh Hawley is demanding a criminal antitrust probe of Amazon as the e-commerce behemoth’s powers grow to rival the government’s own. Google and Apple, too, are now ordering governments around.

Amazon “abuses its position as an online platform and collects detailed data about merchandise so Amazon can create copycat products under an Amazon brand,” Hawley charged in a letter he sent to US Attorney General William Barr on Tuesday. The senator (R-MO) demanded a criminal probe of the e-commerce giant, accusing it of engaging in “predatory and exclusionary data practices to build and maintain a monopoly” – a textbook violation of antitrust law.

Charging that Amazon has gained unprecedented monopoly power through the sheer wealth of data it has collected on its users, allowing it to clone sellers’ products and undercut them on price, the senator likened the company’s “capacity for data collection” to “a brick and mortar retailer attaching a camera to every customer’s forehead.” With the coronavirus pandemic forcing the lion’s share of commerce online, Amazon has assumed near-omnipotence.

Even if all of Hawley’s allegations – derived from a Wall Street Journal investigation published earlier this month – are proven 100 percent true, it’s questionable whether the Justice Department would be willing (or able) to punish Amazon.

In some ways, the company is at least as powerful as the government whose laws it goes through the motions of obeying. Amazon’s cloud servers host the CIA, the Department of Homeland Security, the Defense Department, and other US agencies, meaning if the company decided to throw a temper tantrum in response to legal penalties (as it threatened to do in France) government operations could be severely disrupted.

Indeed, after losing the lucrative Pentagon JEDI contract to competitor Microsoft, it was Amazon that hauled the Trump administration into court and may yet force it to reconsider. If the trillion-dollar company can scupper the plans of the White House, another antitrust probe (several are already underway) is unlikely to correct its behavior.

Google and Apple, too, have grown so large and powerful they can not only compete with governments, but bend them to their will. Germany was forced on Sunday to scrap its plans for an open-source privacy-prioritizing contact-tracing system (the so-called Pan-European Privacy-Preserving Proximity Tracing platform) after Apple refused to make changes to its iOS operating system that would have allowed public health apps built on the platform to access Bluetooth data from a central server.

Apple, which is working on its own decentralized contact-tracing platform in conjunction with fellow tech behemoth Google, refused to make the change, locking horns with the German government – supposedly in the name of user privacy. The Apple-Google platform logs contact data on users’ devices, rather than a central server, keeping it theoretically under users’ control, as well as under Apple’s and Google’s.

While it’s nice to think these mega-corporations genuinely care about users’ privacy, Apple’s objection to the German government’s demands was almost certainly motivated by market considerations. Google and Apple have insisted their decentralized platform will come with all the privacy protections a concerned user could want, but both companies’ dismal privacy records cast doubt on such promises.

A central server controlled by the German government would have deprived Apple and Google of the user data that is their lifeblood – clearly an unacceptable scenario for the trillion-dollar companies. Faced with such powerful opposition, a German government source told Reuters there was “no alternative but to change course.”

Opponents of the German system warned that centralization of data would permit “unprecedented surveillance of society at large” – a very real and valid concern. But is placing that same wealth of data in the hands of the private sector – in Germany or in the US – really preferable? Big Tech may be eager and willing to assume the mantle of Big Brother, but those on the receiving end of a heavy-handed surveillance state are unlikely to care whether it’s the public or private sector doing the oppressing. 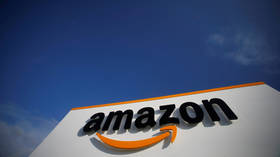 OUT OF SHADOWS OFFICIAL

The Out Of The Shadows documentary lifts the mask on how the mainstream media & Hollywood manipulate & control the masses by spreading propaganda throughout their content.

Our goal is to wake up the general public by shedding light on how we all have been lied to & brainwashed by a hidden enemy with a sinister agenda.

This project is the result of two years of blood, sweat, and tears by a team of woke professionals. It’s been independently produced and funded and is available on many different platforms for free for anyone to watch. Patriots made this documentary with the sole purpose of getting the truth out there. If you like the documentary, please share this video.

How To Become Anonymous And Secure Your Privacy 2020: Joel Stein

How to stay anonymous and fight big tech while securing your privacy with Joel Stein.

Joel Stein of Time Magazine went deep undercover for a week into the world of privacy. Specifically he learned how to remain anonymous through your day to day actions.

Here with Jay Martin he talks about all the steps he took, which you can emulate, to best ensure his privacy. How he hid his data from Silicon Valley and kept his information secret is what you'll learn about in this video.

Here are some of the many things Joel recommends doing to gain more privacy:

- Virtual credit cards help you make purchases without all your sales data being tracked.

* Get a cell phone number from Burner App

* Get an email address from My Sudo

- MySudo will create a bunch of email addresses that are disposable.

Use a one time email keep your email private.

* Get a Remailer set up where you get products sent to you that are physical places where you can get your mail without people knowing where you live.

* Get a Faraday case to block all the signals coming in or out of your cell phone which helps keep your location private. There are cases for your cell phones, car keys and other devices.

* Get a pair of Reflectacles to prevent facial recognition by hiding the iris in your eyes from technology.

* Get the Signal app to send encrypted text to keep your texts secret. (CAVEAT!!!: Signal is serverbased - so not free from possible interference and surveillance.)

And probably the most hardcore step would be to Become a Digital Vegan - one that uses zero tech. Cash only. Using this method you can avoid being tracked and traced.