BOYCOTT is the Better STRIKE

PROLOGUE: Likewise "Petitions" do no longer work, since the platforms they are carried on are all paid for controlled opposition (like Change.org or AVAAZ) - it has to be DEMAND with DEADLINE and thereafter BOYCOTT, DIVEST, SANCTION and BLOCK to make people's voices be heard and demands to be fulfilled - and let's take down in the first place those who try to rule out boycott-actions implemented by citizens.

By Ben Emerson - 10. April 2020 (LinkedIn removed his account and this textt)

Teachable Moments generally align with positive or negative issues. For the purpose of this article, presume that “a lethal virus” offers a robust example of an overwhelmingly negative situation.

Paradoxically, this event is borne from an inanimate blob of protein with a wimpy, soap-soluble outer crust. Albeit microscopic, this silent killer is teaching us a horrifying lesson about how frail our global civilization actually is.

There’s a happy ending to this article, and nobody gets hurt — not even capitalism. That’s because the key strategy being used today to defeat the virus is easily replicated and readily redeployed to handle myriad other crises we’re facing. For starters, it can be used to help us avoid extinction, which is good.

Time now to mix in a visual exhibit, a Before & After chart, and — following the construct of teachableness — a quiz about the data shown therein:

Guess What Type of Data is Being Measured?

Source: The data in question was collected by a Tropospheric Monitoring Instrument (TROPOMI) aboard the European Space Agency’s (cf. EAS) Sentinel-5 satellite. The source does little to help identify the type of data.

Clue 1 — In the exhibit above, the small green square (centered) is the City of Wuhan in Jan-2020 (before the COVID19 quarantine) and Feb-2020 (during quarantine).

So… then, what mystery data is the exhibit measuring??

Clue 2 — Examine the exhibit for Wuhan-only (see chart below) over the same date range in 2019. Every year, the TROPOMI satellite collects the mystery data during exactly these same periods because:

Will Wuhan Return to the “Old” New Normal...?

To be clear, 2019 depicts the type of “normal” year that scientists have come to expect. Purely by chance, the CCP-mandated 2020 quarantine fell within roughly those same three time periods that get measured every year. The reason why 2020’s mystery data caught EAS’s attention is because the pattern did not return to normal. Is this an issue?

The 2020 data shows the emergence of a new “new normal” in China. In the next section, the template that made that happen will prove to be a long-term solution that civilization can readily teach itself. The sooner the better.

Before jumping in to the good news, some housekeeping:

“For the first time in human history, the entire world is focused on one problem. (COVID is a dry run for the CLIMATE crisis.)”

“We can’t win with marches & protests only! It’s time for economic resistance.”

Months ago, the original precept of this article was to challenge the notion that taking to the streets to strike, demonstrate, revolt, and protest is a worthwhile endeavor. As it was, the youthful “Friday Climate Strikes” had gained footsoldiers and press coverage in late 2019 but they failed to expeditiously leverage their numbers. Plus, the bitter scorn of the group’s de facto young leader has become emblematically unappealing and unsustainably predisposed in 2020. For other street-based situationists Extinction Rebellion, Yellow Vests, et al., their adoption relies too heavily on being granted air time by the same capitalistic media machine they’re at odds with. To muddy things up even more, few of the front lines NGOs are communicating efficiently among their camps (cf. LinkedIn “Reorganize.org” bit.ly/reorganize2019). Simply put, year-to-date there’s been zero coverage of any street protests, so a pivot is in order.

“…Contemporary capitalism actively seeks out those who are opposed to it and offers them fame and fortune. In essence, capitalism stabilizes those movements, people, and ideas that are ‘outside’ it by naming them. It brings them into the ‘mainstream’ and the broader public consciousness.”

There are deep wounds in today’s business, civic, and natural worlds. Civilization has grown weary from waiting for the blessings of mainstream media, social media, corporate, or governmental codification. Grassroots action is too sluggish (hence “grass” — as in, “too slow to watch grow”). Plus, all these platforms are volatile and have proven themselves time and again to be easy prey for the cropduster mentality of capitalism that mows down everything in its path.

Indeed, issues such as oppression, inequality, pollution, injustice, diseconomy, and civility — to name a few — are all at mission-critical junctures in 2020. They can’t wait to be solved at the next election cycle or board meeting. There needs to be a templated financial shock and awe, “The likes of which the world has never seen before.” Ahem, shock and awe the likes of which this current virus pandemic is delivering.

“Capitalism is a tool (of many) — important, yes, but it’s not the entire process.”

Use the following template to craft your own mission. For this article, “Civilization can lower the risk of its own extinction by massively, globally, permanently eliminating the use of those things that pose the greatest risk to our survival.”

“Capitalism is a wedge to drive between [negative practices] and [positive outcomes].”

Capitalism has always have been at the mercy of consumer purchasing power. Execs would prefer if we did not know that but, when consumers collectively choose not to purchase something, the message is crystal clear. Versus the circuitous cause-effect of a strike/protest/demonstration, the markets get served by boycotters on a quarterly basis every March 31st, June 30th, September 30th, and December 31st.

Right now, during this pandemic, “boycotts” are rolling out on a massive global scale. By virtue of quarantine, consumers are not dining in restaurants, not flying on airlines, not driving places in cars, and are avoiding most forms of entertainment. “Boycott” is not a term of endearment for most people. Like it or not, however, “global synchronous boycotts” are exactly what’s happening in 2020.

As shown above, consumer boycotts are successfully mitigating pollutants in 2020 — who cares if no one even realizes it?

The message going forward is that “Boycotts work. Strikes don’t.” (Inescapably true, strikes don’t work because a strike is literally workers-not-working. Furthermore, how can people “strike” if they’re unemployed to begin with?)

Let’s Get to Work

Thankfully, the ubiquitous “COVID19 coronavirus coverage maps” will eventually be wiped clean from our collective visual consciousness (er, “conscienceness”?). When that happens, these quarantine-induced boycotts will no longer be mandatory. Consumers’ discretion will fine tune the targets of anti-purchase consortia based on the criteria below.

As an example, most restaurateurs are conscientious, forward-thinking entities. In a circular business model, they realize if their practices are sustainable (good), their customers will be increasingly healthy and desirous to consume their product. Yum. Problem solved. But if their competitors aren’t playing by the same rules, the motivation to abandon sustainability and follow suit comes into play.

Principled boycotters can very easily promulgate an #ESG* upside by using the anti-purchase premise. In the Wuhan case study outlined above, the reduction of Nitrogen Dioxide due to factory workers being furloughed is not indelible. What’s required are locked-and-loaded regulatory actions to guarantee measurable, legacy-driven results. Here are a few of the many ways to institutionalize purchase power in a market:

Interestingly, the Climate Crisis front lines have been using the logarithmic strategy of “peaking faster and lower” long before the pandemic (cf. @rocky-mountain-institute • rmi.org).

And the wise ones acknowledge that, “We already have all the technologies we need to solve this crisis” (cf. @hunter-lovins • natcapsolutions.org).

Owing to the pandemic, we have put into practice a voluntary, market-based mechanism that will lower pollution’s peak, make it happen sooner, and will give rise to the non-polluting alternatives that are already out there on the market.

Let’s get to work on not buying bad stuff, okay?

Causality Case Study: Over yonder on @Instagram, @ski365 is a lifelong #snow enthusiast (#skier #snowboarder) who chose to stop driving to, and paying for, lift-served #skiareas in order to help reduce #GHGemissions caused by the #fossilfuel-powered machinery. This anecdotal neighborhood #ski #snowboard tribute reel celebrates the decision to boycott and ride boot-powered-only:

* “Environmental, Social, and Governance (ESG) criteria are a set of standards for a company’s operations that socially conscious investors use to screen potential investments. Environmental criteria consider how a company performs as a steward of nature. Social criteria examine how it manages relationships with employees, suppliers, customers, and the communities where it operates. Governance deals with a company’s leadership, executive pay, audits, internal controls, and shareholder rights.” (cf. investopedia.com/terms/e/environmental-social-and-governance-esg-criteria.asp)

"Don't buy" is a sacrilegious phrase in most civilizations. Yet, it's likely the most significant lesson we'll learn from the hashtag#pandemic horror show. Find out how sytematic hashtag#boycotting is ALSO the secret sauce for solving the hashtag#climatecrisis as well.... 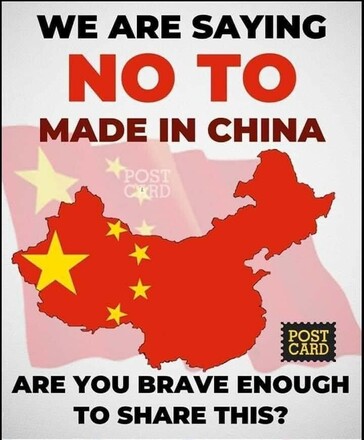