Overpopulation and the Climate Crisis

The annual World Economic Forum in Davos brought together representatives from government and business to deliberate how to solve the worsening climate and ecological crisis. The meeting came just as devastating bush fires were abating in Australia. These fires are thought to have killed up to one billion animals and generated a new wave of climate refugees. Yet, as with the COP25 climate talks in Madrid, a sense of urgency, ambition and consensus on what to do next were largely absent in Davos.

But an important debate did surface – that is, the question of who, or what, is to blame for the crisis. Famed primatologist Dr Jane Goodall remarked at the event that human population growth is responsible, and that most environmental problems wouldn’t exist if our numbers were at the levels they were 500 years ago.

This might seem fairly innocuous, but its an argument that has grim implications and is based on a misreading of the underlying causes of the current crises. As these escalate, people must be prepared to challenge and reject the overpopulation argument.

Replying to @tomselliott and 2 others

At Davos #WEF2020, @algore starts screaming about the urgency of controlling the climate: “This is Thermopylae! .. This is the Battle of the Bulge! This is Dunkirk! This is 9/11!" 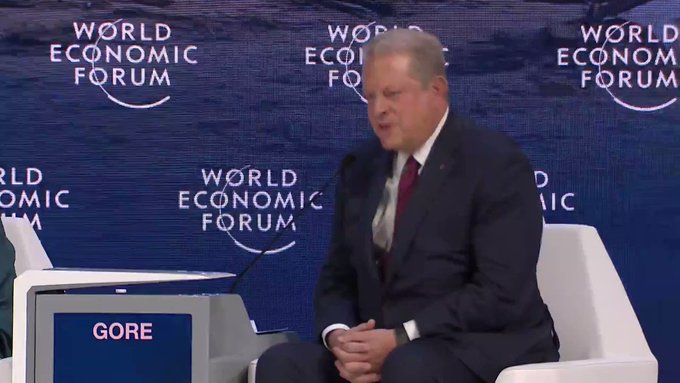 Jane Goodall @ Davos: "All these [environmental] things we talk about wouldn’t be a problem if there was the size of population that there was 500 years ago.”

The world population 500 years ago is estimated btwn 420 and 540 million — 6.7 billion fewer people than today. 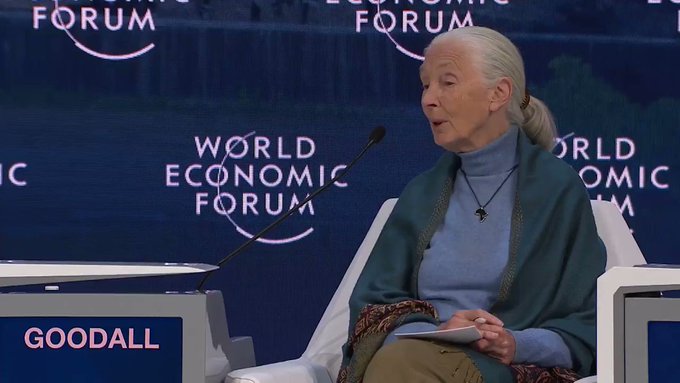 Paul Ehrlich’s The Population Bomb and Donella Meadows’ The Limits to Growth in the late 1960s and early 1970s ignited concerns over the world’s burgeoning human population, and its consequences for natural resources.

The idea that there were simply too many people being born – most of them in the developing world where population growth rates had started to take off – filtered into the arguments of radical environmental groups such as Earth First! Certain factions within the group became notorious for remarks about extreme hunger in regions with burgeoning populations such as Africa – which, though regrettable, could confer environmental benefits through a reduction in human numbers.

In reality, the global human population is not increasing exponentially, but is in fact slowing and predicted to stabilise at around 11 billion by 2100. More importantly, focusing on human numbers obscures the true driver of many of our ecological woes. That is, the waste and inequality generated by modern capitalism and its focus on endless growth and profit accumulation.

The industrial revolution that first married economic growth with burning fossil fuels occurred in 18th-century Britain. The explosion of economic activity that marked the post-war period known as the “Great Acceleration” caused emissions to soar, and it largely took place in the Global North. That’s why richer countries such as the US and UK, which industrialised earlier, bear a bigger burden of responsibility for historical emissions.

In 2018 the planet’s top emitters – North America and China – accounted for nearly half of global CO₂ emissions. In fact, the comparatively high rates of consumption in these regions generate so much more CO₂ than their counterparts in low-income countries that an additional three to four billion people in the latter would hardly make a dent on global emissions.

There’s also the disproportionate impact of corporations to consider. It is suggested that just 20 fossil fuel companies have contributed to one-third of all modern CO₂ emissions, despite industry executives knowing about the science of climate change as early as 1977.

Inequalities in power, wealth and access to resources – not mere numbers – are key drivers of environmental degradation. The consumption of the world’s wealthiest 10% produces up to 50% of the planet’s consumption-based CO₂ emissions, while the poorest half of humanity contributes only 10%. With a mere 26 billionaires now in possession of more wealth than half the world, this trend is likely to continue.

Issues of ecological and social justice cannot be separated from one another. Blaming human population growth – often in poorer regions – risks fuelling a racist backlash and displaces blame from the powerful industries that continue to pollute the atmosphere. Developing regions in Africa, Asia and Latin America often bear the brunt of climate and ecological catastrophes, despite having contributed the least to them.

The problem is extreme inequality, the excessive consumption of the world’s ultra-rich, and a system that prioritises profits over social and ecological well-being. This is where where we should be devoting our attention.

Heather Alberro does not work for, consult, own shares in or receive funding from any company or organisation that would benefit from this article, and has disclosed no relevant affiliations beyond their academic appointment.

Nottingham Trent University provides funding as a member of The Conversation UK.

The Conversation is funded by the National Research Foundation, eight universities, including the Cape Peninsula University of Technology, Rhodes University, Stellenbosch University and the Universities of Cape Town, Johannesburg, Kwa-Zulu Natal, Pretoria, and South Africa. It is hosted by the Universities of the Witwatersrand and Western Cape, the African Population and Health Research Centre and the Nigerian Academy of Science. The Bill & Melinda Gates Foundation is a Strategic Partner. more

We believe in the free flow of information

Republish our articles for free, online or in print, under Creative Commons licence.