Julian Assange has been moved out of solitary confinement in a prison medical wing to an area with other inmates, according to WikiLeaks.

The move was described by his supporters as a 'dramatic climbdown', affecting his treatment at Belmarsh jail in south-east London.

Assange, 48, has been held at the high-security prison since last April, when he was dragged out of the Ecuadorian embassy in London, where he had been living for almost seven years.

He is awaiting an extradition hearing on behalf of the United States over the activities of WikiLeaks.

Joseph Farrell, of WikiLeaks, said on Friday: 'In a dramatic climbdown, authorities at Belmarsh prison have moved Julian Assange from solitary confinement in the medical wing and relocated him to area with other inmates.

'The move is a huge victory for Assange's legal team and for campaigners, who have been insisting for weeks that the prison authorities end the punitive treatment of Assange.'

Mr Farrell said the decision to move Assange out of solitary confinement was also a 'massive victory' for inmates in Belmarsh. 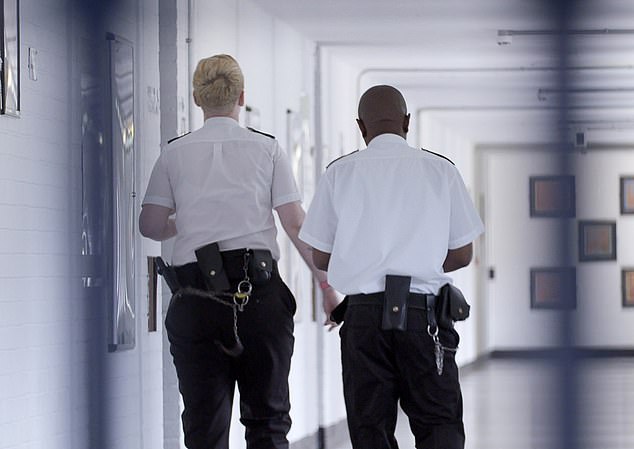 Joseph Farrell, of WikiLeaks, said the decision to move Assange out of solitary confinement was a 'massive victory' for inmates in Belmarsh (pictured, the inside of HMP Belmarsh)

He added: 'A group of prisoners have petitioned the prison governor on three occasions insisting that the treatment of Assange was unjust and unfair.

'After meetings between prisoners, lawyers and the Belmarsh authorities, Assange was moved to a different prison wing, albeit one with only 40 inmates.'

He added that serious concerns about Assange's treatment in Belmarsh remained, saying he is still being denied adequate access to his lawyers.

'Campaigners continue to insist that Assange should not be in jail at all, least of all in Belmarsh high-security prison,' said Mr Farrell.

'But, all that notwithstanding, this is an important victory for campaigners outside and inside the prison walls.'

A timetable for Assange's extradition hearing was agreed at Westminster Magistrates' court on Thursday.

The case will open at Woolwich Crown Court on February 24, but will adjourn after one week, and continue with a three-week hearing scheduled to begin on May 18.

Speaking at Thursday's hearing, Edward Fitzgerald QC, for Assange, said: 'We've had great difficulties in getting into Belmarsh to take instructions from Mr Assange and to discuss the evidence with him.

'We simply cannot get in as we require to see Mr Assange and to take his instruction.'

Julian Assange may not be allowed to use US First Amendment rights to defend himself if he's extradited to the US to face trial, WikiLeaks says.

Julian Assange faces the prospect of being denied press protections under U.S. law if he goes to trial there, WikiLeaks says, citing evidence submitted for his London extradition case.

The 48-year-old WikiLeaks founder is set to face trial in the UK next month to determine whether he should be extradited to the US, where he has been charged with 17 counts of spying and one count of conspiracy to commit computer intrusion.

The charges related to allegations Assange tried to help former US army intelligence analyst Chelsea Manning protect her digital identity as she accessed classified Pentagon files on the Iraq and Afghanistan wars. 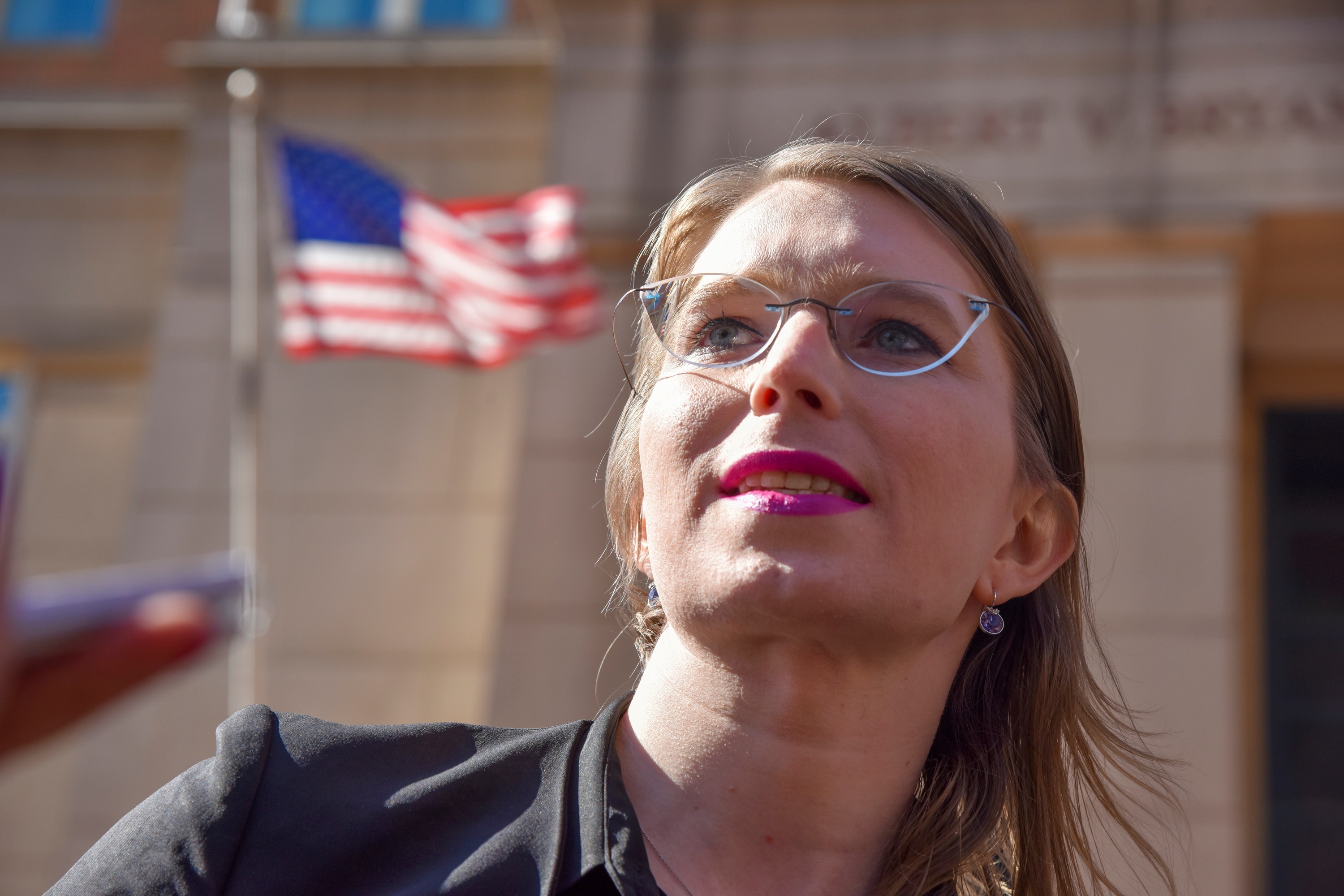 WikiLeaks helped publish thousands of those files, including some that revealed US war crimes in both countries. His case is widely viewed as a litmus test for the protection of journalists' sources.

WikiLeaks editor Kristinn Hrafnsson says a new affidavit provided by US government lawyers this week for Assange's upcoming extradition trial states that foreign nationals, like Assange, are not entitled to press protections under the US Constitution's First Amendment.

"On the one hand they have decided that they can go after journalists wherever they are residing in the world, they have universal jurisdiction, and demand extradition like they are doing by trying to get an Australian national from the UK for publishing that took place outside US borders," he told AAP. 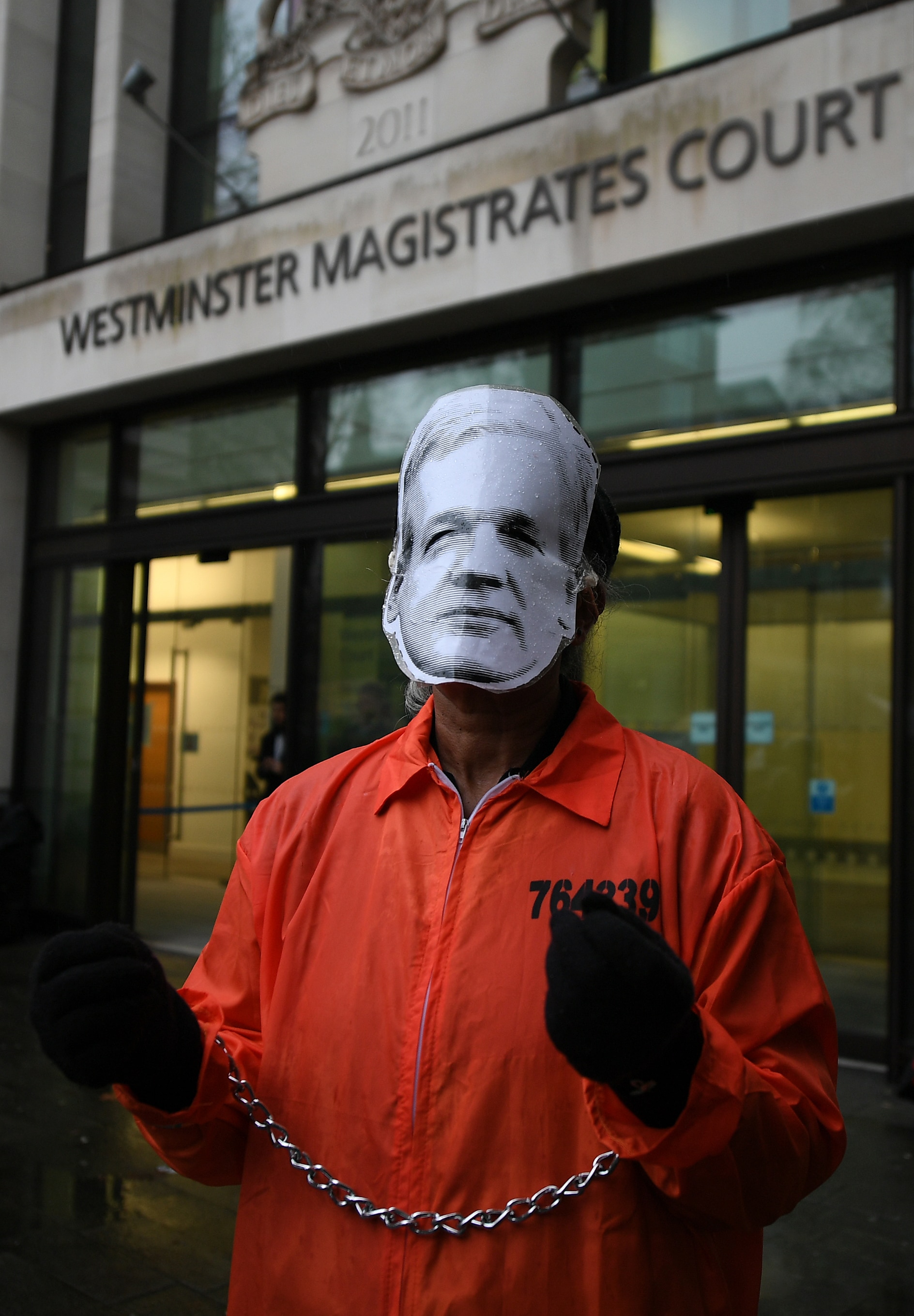 Supporters of WikiLeaks founder Julian Assange hold placards as they demonstrate outside the entrance to Westminster Magistrates Court. - AFP

"But then at the same time, they are not granting any foreign journalist the protection of the First Amendment.

"That's extremely serious. That's of grave concern to all journalists.

"We are seeing this incremental approach, a darkness flowing over journalism from that country, and it's about time that journalists really united in resisting this."

Assange appeared by video link from prison at Thursday's hearing and did not speak except to say his name and birthdate for the court.

Judge Vanessa Baraitser reluctantly agreed to split his trial into two segments with the first week to begin on 24 February and the final three weeks to be held from 18 May.

Her ruling came after prosecutors flagged timetabling issues and the defence pleaded for more time to deal with an ever-expanding pile of evidence coming from the US.

MORE ON THE JULIAN ASSANGE STORY Who is Chelsea Manning and why might Australia ban her?