Survival International recently released a video titled “Colonialism vs Conservation”. It starts by noting that “People have been comparing big conservation with colonialism”, and asks, “do they have a point?”

Survival International’s video provides a dramatic view of the roots of conservation: The systems of both colonialism and conservation are built on the racist idea that “We” know best.

The reality, as Survival International points out, is that Indigenous peoples “have been protecting the natural world for thousands of years”. They are the world’s first conservationists.

Just in case you think Survival International’s video is hopelessly out of date and that conservation has changed radically since colonial times, read on…

Before the conference, Prince William visited Namibia, Tanzania and Kenya to promote conservation. A video released by Kensington Palace on Twitter includes only non-African views of conservation. As Survival International notes, this is the “white saviour” mentality writ large:

The Duke of Cambridge recently visited projects supported by @United4Wildlife and @Tusk_org that work to protect wildlife and stop the illegal wildlife trade in its tracks.

At the IWT Conference they released a video of his visit, highlighting their efforts to #EndWildlifeCrime. 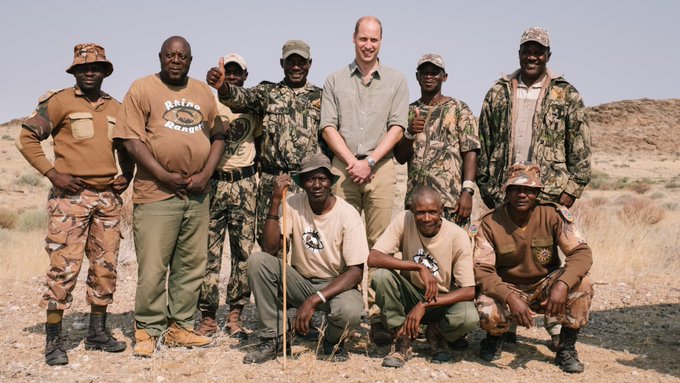 “It’s hard to think of a more extreme example of the ‘white saviour’ mentality than this video. It amounts to racist propaganda in its promotion of white people as the saviours of Africa. Non-Africans are presented in the film as the real experts on conservation, while the locals are not seen as having anything worthwhile to contribute other than their grateful thanks.

Survival International points out that of the four people interviewed in the video only one is black. Instead of talking about conservation, she praises Prince William for his leadership skills:

Mordecai Ogada, co-author of the book “The Big Conservation Lie“, told The Guardian that,

“Conservation even now, nearly 55 years after Kenya got independence, is still the one arena where Prince William can waltz in to Kenya and tell us he wants us to do this, that or the other. He couldn’t do that in education, banking or other fields, but conservation still has that romantic, out of Africa feel about it.”