Australia to cull thousands of camels

Thousands of 'camels' (actually Dromedars) in South Australia will be shot dead from helicopters as a result of extreme heat and drought.

A five-day cull started on Wednesday, as Aboriginal communities in the region have reported large groups of camels damaging towns and buildings.

"They are roaming the streets looking for water. We are worried about the safety of the young children", says Marita Baker, who lives in the community of Kanypi.

Some feral horses will also be killed.

The marksmen who will shoot the animals come from Australia's department for environment and water.

Hot and dry conditions have led to huge bush fires across Australia in the last few months, but the country's drought has lasted for years. The camel cull is not directly linked to the fires crisis.

The slaughter will take place in the area of Anangu Pitjantjatjara Yankunytjatjara (APY) - a sparsely-populated part of South Australia which is home to a number of indigenous groups.

"There is extreme pressure on remote Aborignal communities in the APY lands and their pastoral [livestock] operations as the camels search for water," says APY's general manager Richard King in a statement.

"Given ongoing dry conditions and the large camel congregations threatening all of the main APY communities and infrastructure, immediate camel control is needed," he adds. 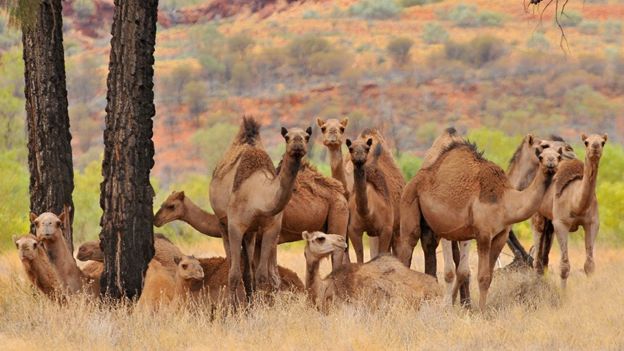 "We have been stuck in stinking hot and uncomfortable conditions, feeling unwell, because all the camels are coming in and knocking down fences, getting in around the houses and trying to get water through air-conditioners," says APY Executive Board Member Marita Baker.

Camels aren't native to Australia - they were brought over by British settlers from India, Afghanistan and the Middle East in the 19th century.

Estimates of numbers of camels vary but there are thought to be hundreds of thousands of them across the central parts of the country.

They can damage fences, farm equipment and settlements, and also drink water which is needed by people who live there.

They also emit methane, a greenhouse gas which contributes to climate change. 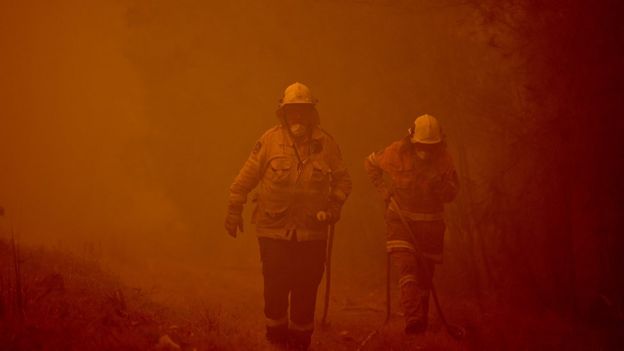 Australian bushfires have left at least 25 people dead since September.

About 2,000 homes have been destroyed. The eastern and southern sides of the country have been the worst-affected - and many animals have also been killed in the fires.

Australia always has fires at this time of year, but they are a lot worse than normal this season.

The country has been getting hotter over recent decades and is expected to continue doing so.

Scientists have long warned that this hotter, drier climate will contribute to fires becoming more frequent and more intense.

Australia having a camel shooting

Drought-Hit Australia Will Kill 10,000 Camels This Week Since They Couldn't Quench Their Thirst

Australia is going through a severe drought amidst the wildfires and a lot of people and animals are paying for the unfortunate circumstances there, losing both lives and property.

Animals too have succumbed to their fate as more than 500 million animals have died due to these bushfires, and many more will be injured or dead, till these fires stop. In all this madness, Australia has decided to kill about 10,000 camels, and we really can't understand why! 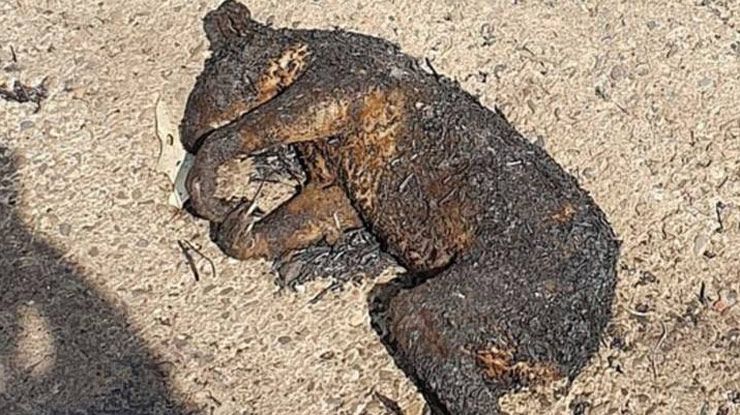 Thousands of camels will be shot dead from helicopters, as a result of extreme heat and drought. While the bushfires have been on for a few months now, the culling isn't dependant on that. They're being culled because of the drought situation prevailing in Australia currently and there are complaints that camels are endangering locals as they desperately search for water.

"They are roaming the streets looking for water. We are worried about the safety of the young children" - a woman named Marita Baker, who lives in the community of Kanypi, told the BBC in an interview.

The five-day cull has already begun and a lot of aboriginals have complained about camels damaging towns and building trying to look for water. Australia has hired a professional marksman, who will shoot the animals, and ironically, he comes from Australia's department of environment and water.

They will eventually be slaughtered in the Anangu Pitjantjatjara Yankunytjatjara (APY) area, which is a sparsely-populated part of South Australia which is home to a number of indigenous groups. 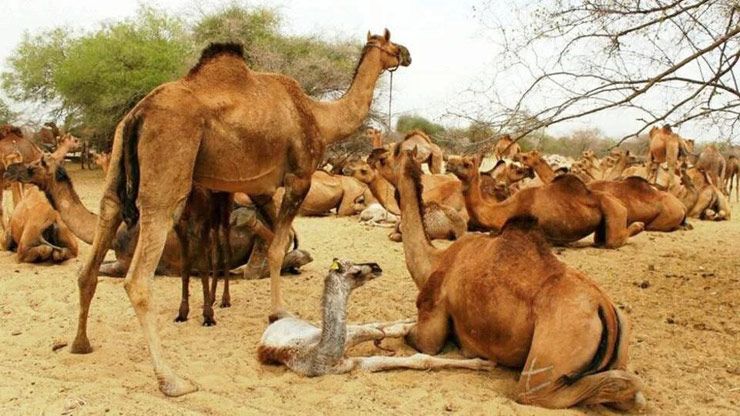 "There is extreme pressure on remote Aboriginal communities in the APY lands and their pastoral [livestock] operations as the camels search for water," says APY's general manager Richard King in an interview with BBC.

"Given ongoing dry conditions and the large camel congregations threatening all of the main APY communities and infrastructure, immediate camel control is needed," he added.

Camels, though, don't originally belong to Australia and are not native species. They were brought to Australia by British settlers from India, Afghanistan and the Middle East. Although we're not sure how many camels have made Australia their home, more than a hundred thousand camels inhabit parts of central Australia. They're believed to cause havoc in farmlands by damaging fences and farm property and are also believed to drink excess water which is needed by people who live there. And apparently, they also emit methane, a greenhouse gas which contributes to climate change.

But even so, are these reasons good enough to kill animals, regardless of how they behave or how much they consume? Well, if that's the case, humans should stand in line next, ready to be executed! 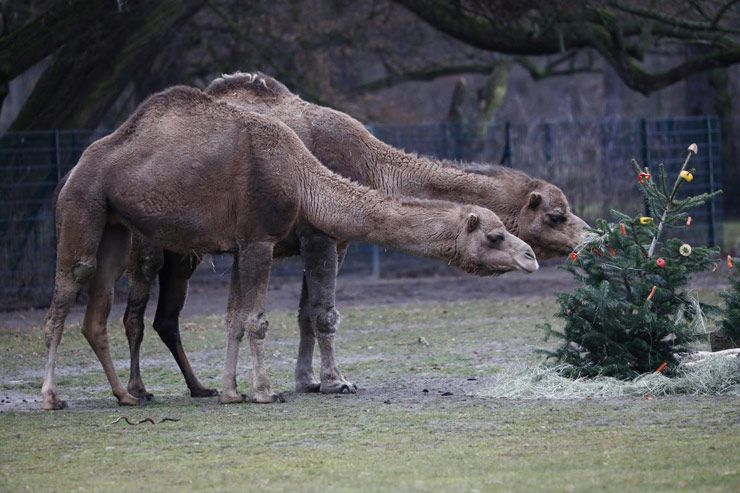 While camel culling is absolutely unfair in Australia, there is nothing much we can do about it, except just watch and wait. Australia has lost a phenomenal amount of wildlife and even after such devastation, they're ready to kill some more of their animals, which says a lot about how humans actually handle sensitive situations, which need a strong scientific approach to it. But Australia alone has a history of culling its animals due to various circumstances, which we can't seem to overlook.

Around 1932, Australia literally went into war with emus while soldiers armed with Lewis Guns were killing emus as they were causing too much havoc and crop destruction. Before seal culling was banned in 2018, Australia was a big advocate for killing seals due to the increased interaction of the long-nosed fur seal. And recently in 2013, Australia was culling (shooting) kangaroos, as the population of 500 million kangaroos was becoming an erstwhile problem for the Aussies. They killed 90 million Kangaroos and wallabies, lawfully, for commercial purposes. 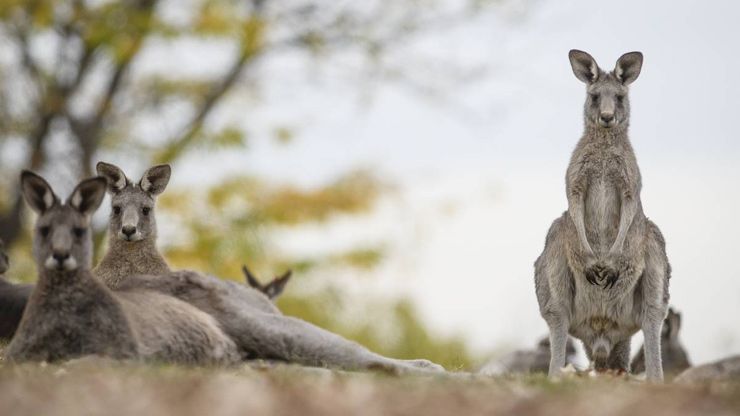 Seemingly, the only way Australia can handle a crisis amongst the wildlife is by taking extreme measures and this time, 10,000 camels are targeted for the same. We really hope and wish Australia and other nations find a more respectful way of solving a crisis, that does not involve the specie to give its life for it.

Camel Herding with a Chopper - Australia with Simon Reeve 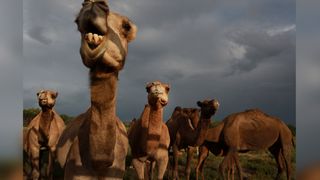 Camels are pictured on an Australian camel dairy farm in April 2016. Camels are not native to Australia, and thirsty feral camels have become a significant problem in recent months amid severe drought and fires. (Image: © Lisa Maree Williams/Getty Images)

A lot of camels are going to die this week, as Australian hunters mow them down from the air.

More than 1 million of the humped creatures wander Australia. They aren't from the continent, but arrived in the 1840s on ships — brought in as an ideal means of transport for the country's vast deserts. Nearly 200 years later, they're mostly feral pests, destroying habitats and competing with humans and native species for resources, according to Earther. And amid the worst drought and fire season in national memory, Australia wants to kill 10,000 of them from helicopters.

Indigenous elders in the state of South Australia approved the plan, after a series of incidents in which parched camels, desperate for water in the drought-ravaged landscape, created major problems for their human neighbors, according to News.com.au.The killing is expected to take place in the Anangu Pitjantjatjara Yankunytjatjara territories in the northwest part of the state, according to the BBC. The cull, which began yesterday (Jan. 8), should last five days.

"We have been stuck in stinking hot and uncomfortable conditions, feeling unwell, because the camels are coming in and knocking down fences, getting in around the houses and trying to get to water through air conditioners," Marita Baker, an indigenous leader, told The Australian.

In some instances, the camels have managed to contaminate precious water sites, News.com.au reported.

The mass camel cull is a small piece of a much larger tragedy impacting Australia. The country just got done with its hottest year on record (even as 2019 was the second hottest on record across the globe), and South Australia got less rain in the last 11 months than at any other point in recorded history. According to Australian researchers, the increasing heat and lower precipitation is making the continent more susceptible to extreme weather events, most notably massive bushfires. And once fires start, they tend to be much worse.  So far this fire season, a region as large as South Korea has burned, killing 24 people and likely well over a billion animals.

According to the Australian government's climate projections, this unusually dry season is likely just an early look at what's to come for the country as the climate changes. Already the continent is warmer and dryer than ever, and those trends are expected to continue and worsen, setting the country up for even more significant fires in the future.

The strange story of Australia's camel

Never Again! No More Mass Killings of Camels in Australia

As more than one billion animals lost their lives in the on-going Australian fires, the country's government yet again initiated and tried to justify its horrific plan to shoot thousands of camels by using the ridiculous excuse that camels are drinking too much water! Please urge the Australian government to put an immediate and permanent end to this barbaric practice.

The 5,000+ terrified camels needlessly and horrifically gunned down earlier this month were hit with hails of bullets shot from the sky using helicopters in the arid central Anangu Pitjantjatjara Yankunytjatjara (APY) region of Australia. Herds of camels roamed into rural communities in the region in a desperate search for water amidst drought, extreme heat, and the on-going bushfires which have already claimed the lives of approximately one billion animals.

Mass camel executions have been done many times over the years in regions through-out Australia with the end result always being the same: more camels. Kills are short-sighted and monstrously cruel, leaving many camels to suffer for hours or days after being wounded, but not killed outright by sharpshooters in helicopters. They are also very expensive and ineffective, as they do not offer long-term, sustainable solutions to water conservation.

Kills fail to address the real cause of water shortages, which is human-caused livestock water consumption. Human ranchers are killing all sorts of wild animals so that they can't "compete with them for resources like grass or water" or "prey upon" the animals that they breed into existence and then kill for their flesh, and then the ranchers are blaming wild animals like camels and kangaroos for problems that they themselves created in the first place.

Livestock in Australia consume nearly half of the country's agricultural water supply. The livestock industry must be first curtailed and then eliminated to conserve as much water as possible. People must also be encouraged to adopt plant-based diets, which will save enough water to hydrate the entire continent—including the poor unfairly vilified camels.

Please send our letter to the Executive Board Members of Anangu Pitjantjatjara Yankunytjatjara, as well as the key South Australia government (which was responsible for funding the killing) officials at the Department of Environment and Water and the Senior Media Advisor for South Australia to urge for a permanent end to all camel kills and to request that the actual causes of water shortages in Australia are addressed.

The alert immediately delivers your comments to: