The chief prosecutor of the International Criminal Court (ICC) has said she will launch a full investigation into alleged war crimes in the occupied Palestinian territories.

The announcement by Fatou Bensouda on Friday was welcomed by the Palestinian leadership as a “long overdue step” but prompted an angry response by Israel.

Israel to be investigated for war crimes in Palestinian Territories, ICC announces https://www.independent.co.uk/news/world/middle-east/israel-war-crime-palestine-icc-hague-netaynahu-idf-investigation-a9255246.html …

Israel to be investigated for war crimes in Palestinian Territories,…

The International Criminal Court’s chief prosecutor has announced she will launch a full investigation into alleged war crimes in the Palestinian Territories, prompting a fierce backlash from

Bensouda said in a statement:

“I am satisfied that there is a reasonable basis to proceed with an investigation into the situation in Palestine”.

“In brief, I am satisfied that war crimes have been or are being committed in the West Bank, including East Jerusalem, and the Gaza Strip,” she added, without specifying the perpetrators of the alleged crimes.

#ICC Prosecutor: there is a reasonable basis to proceed with an investigation into the situation in #Palestine; war crimes have been/are being committed in the West Bank, including East #Jerusalem, and #Gaza. #AccountabilityNow #Israel #EndImpunity Watch: https://youtu.be/B51f1jyIwsI

Bensouda said before opening a full probe, she would ask The Hague-based tribunal to rule on the territory over which it has jurisdiction, as Israel is not a member of the court.

She urged judges to rule on the court’s jurisdiction “without undue delay”. The prosecutor added however that she did not require any authorization from judges to open a probe as there had been a referral from the Palestinians, who joined the court in 2015.

Bensouda launched a preliminary probe in January 2015 into allegations of war crimes and crimes against humanity in #Israel and the #Palestinian territories, in the wake of the 2014 #Gaza war.#ICChttps://www.dtnext.in/News/World/2019/12/20215429/1205030/ICC-prosecutor-announces-probe-into-war-crimes-in-.vpf …

Bensouda launched a preliminary probe in January 2015 into allegations of war crimes and crimes against humanity in Israel and the Palestinian territories, in the wake of the 2014 Gaza war.

Bensouda has been under growing criticism for failing to move forward with legal procedures regarding Israel’s misconduct in the Occupied Territories.

As South African writer Iqbal Jassat wrote in The Palestine Chronicle on December 17:

“Unsurprisingly the most likely reason for it would be fear of retaliation from Israel and the United States.” 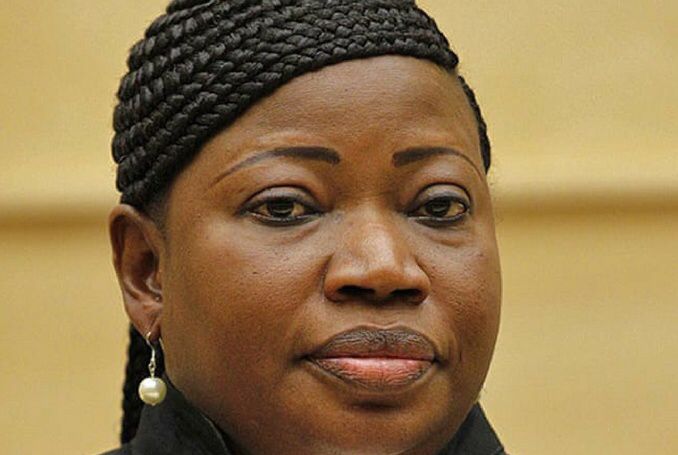 “Palestine welcomes this step as a long-overdue step to move the process forward towards an investigation, after nearly five long and difficult years of preliminary examination,” a statement from the foreign ministry said.

Following Bensouda’s announcement, Israeli Prime Minister Benjamin Netanyahu lashed out at what he called “a dark day for truth and justice”.

"Only sovereign states can delegate criminal jurisdiction to the International Criminal Court. The PA clearly does not meet the criteria," Avichai Mandelblit states.

Netanyahu said in a statement:

“The court has no jurisdiction in this case. The ICC only has jurisdiction over petitions submitted by sovereign states. But there has never been a Palestinian state”.

Bensouda launched a preliminary probe in January 2015 into allegations of war crimes and crimes against humanity in Israel and the Palestinian territories, in the wake of the 2014 Gaza war which left 2,251 dead on the Palestinian side, the majority civilians, and 74 on the Israeli side, most of them soldiers.

The ICC Prosecutor for the War Crimes Tribunal at the Hague has concluded there is sufficient evidence of War Crimes being conducted by Israel in the West Bank and Gaza to open a full investigationhttps://www.icc-cpi.int/Pages/item.aspx?name=20191220-otp-statement-palestine …

Statement of ICC Prosecutor, Fatou Bensouda, on the conclusion of the preliminary examination of...

Today, I announce that following a thorough, independent and objective assessment of all reliable information available to my Office, the preliminary examination into the Situation in Palestine has...

Israel and its ally the United States have both refused to sign up to the court, which was set up in 2002 to be the only global tribunal trying the world’s worst crimes, war crimes and crimes against humanity.

The Palestinians, who signed up to the ICC in 2015, have already accepted the court’s jurisdiction but have repeatedly urged the court to move faster.

A full ICC investigation could possibly lead to charges against individuals being brought. States cannot be charged by the ICC.

Donald Trump's so-called "antisemitism" Executive Order Is abominable, reprehensible & downright tyrannical. It is a blatant attack against the First Amendment protection of free speech and for all intents and purposes elevates all things Jewish to royalty status in America--being granted official government protection against any kind of criticism. In this video, Chuck Baldwin exposes the fact that not only is Donald Trump a hack for Zionism; he is also a wanna-be tyrant--and this Executive Order proves it.

Israel’s foreign minister on Thursday said Tel Aviv would return to “the policy of assassinations” against Palestinian resistance figures in the Gaza Strip, Reuters reports.

In statements he made to Israel’s army radio, Yisrael Katz indicated that there was “an intelligence effort to identify the rockets’ launchers and work to eliminate them.”

He stressed: “Intelligence efforts are currently focused on determining who is responsible for ordering missile launch instructions in order to work to eliminate him.”

According to Israeli media, security forces transferred Netanyahu to a “protected area” while security forces responded by bombing several sites in the Gaza Strip without any casualties.

They Tried to Poison Me with ‘Chemical Substance’: Archbishop Hanna Urges Unity from His Hospital Bed in Jordan