A Chinese spy has risked his life to defect to Australia and is now offering a trove of unprecedented inside intelligence on how China conducts its interference operations abroad.

Wang “William” Liqiang is the first Chinese operative to ever blow his cover. He has revealed the identities of China’s senior military intelligence officers in Hong Kong, as well as providing details of how they fund and conduct political interference operations in Hong Kong, Taiwan and Australia.

A sworn statement Mr Wang provided to ASIO in October states: “I have personally been involved and participated in a series of espionage activities”. He faces certain detention and possible execution if he returns to China.

Mr Wang is currently at an undisclosed location in Sydney on a tourist visa and seeking urgent protection from the Australian government – a plea he says he has passed on in multiple meetings with ASIO.

In interviews with The Age, The Sydney Morning Herald and 60 Minutes, he has revealed in granular detail how Beijing covertly controls listed companies to fund intelligence operations, including the surveillance and profiling of dissidents and the co-opting of media organisations.

He has given previously unheard details about the kidnapping of five booksellers from Hong Kong and their rendition to the Chinese mainland. His testimony shows how Beijing’s spies are infiltrating Hong Kong’s democracy movement, manipulating Taiwan’s elections and operating with impunity in Australia.

ASIO has repeatedly warned that the current threat of foreign interference is “unprecedented” and that the number of foreign intelligence officers currently operating in Australia is higher than it was during the Cold War. ASIO has never publicly named China as a primary source of its concerns, as the government grapples with how to balance public awareness with the risk of diplomatic and economic retaliation.

However, on Friday, former ASIO boss Duncan Lewis said the Chinese government was seeking to "take over" Australia's political system through its "insidious" foreign interference operations.

Among his key revelations, Mr Wang said he had met the head of a deep-cover spy ring operating with impunity in Australia.

Mr Wang said he was part of an intelligence operation hidden within a Hong Kong-listed company, China Innovation Investment Limited (CIIL), which infiltrated Hong Kong’s universities and media with pro-Chinese Communist Party operatives who could be activated to counter the democracy movement. He says he had personal involvement in an October 2015 operation to kidnap and abduct to the Chinese mainland a Hong Kong bookseller, Lee Bo, and played a role in a clandestine organisation that also directed bashings or cyber attacks on Hong Kong dissidents.

His handlers in China issued him a fake South Korean passport to gain entry to Taiwan and help China’s efforts to systematically infiltrate its political system, including directing a “cyber army” and Taiwanese operatives to meddle in the 2018 municipal elections. Plans are underway to influence the 2020 presidential election - plans that partly motivated him to defect to Australia.

Mr Wang said the Chinese Communist Party under Xi Jinping “infiltrates all countries in areas such as military, business and culture, in order to achieve its goal.”

“You shouldn’t underestimate our organisation ... We were cultivated and trained by the organisation for many years before taking up important positions”. The Chinese Communist Party “wants to ensure no one threatens its authority”.

Mr Wang claimed his cover in Hong Kong was as a businessman working for CIIL, which he described as a front company used by various Chinese intelligence agencies and Communist Party officials. His boss, Xiang Xin, was a senior intelligence operative, he said.

Mr Wang’s main task was coordinating the relationships between his organisation and other intelligence agencies and “collecting information related to pro-independence” activists. He took instructions from Chinese military intelligence officials.

A key area of operations, he said, were Hong Kong universities. Mr Wang claimed his organisation had “infiltrated into all universities, including student associations and other student groups and bodies.” He had responsibility for recruiting mainland students using scholarships, travel grants, alumni associations and an education foundation.

“I influenced them with patriotism, guiding them to love the country, love the Party and our leaders, and fight back strongly against those independence and democracy activists in Hong Kong.”

“We sent some students to join the student association and they pretended to support Hong Kong independence,” Mr Wang said. “They found out information about those pro-independence activists … and made public all their personal data, their parents’ and family members’.”

He said he personally helped to organise the infamous kidnapping to the mainland of Causeway Bay Bookshop owner Lee Bo. Mr Wang says one of the aims of his intelligence work and the targeting of dissidents was to spread fear: “to make all troublemakers in Hong Kong terrified.”

A spokesman for CIIL said Mr Xiang did not want to answer questions from The Age, the Herald and 60 Minutes over the phone, because he had never spoken to the journalists who were calling, and when questions were emailed to Mr Xiang, the spokesman said Mr Xiang would not answer because he could not verify that the email was not sent covertly by the Australian government in order to obtain intelligence.

After the story was initially published, an email response from a man called Edison Li said, "Anyone with a little common sense will know that these problems are ridiculous and untrue, and the accuser very likely did this for economic purposes. We will refer the matter to the lawyer."

Mr Wang claimed his organisation had infiltrated Hong Kong media outlets, financing some and planting operatives in others. A senior manager at a major Asian television network “is a current military cadre with a Division Commander rank,” said Wang.

“He was the one responsible for organising the agents to kidnap and persecute Hong Kong democracy activists,” he said.

In Taiwan, Mr Wang said his intelligence operation was in contact with media executives in order to influence Taiwan’s political system as part of a systemic election meddling campaign being waged by Beijing to topple candidates (including President Tsai Ing-Wen) considered hostile. He said his operation had backed presidential candidate Han Kuo-yu.

Mr Wang said he was responsible for coordinating a “cyber army” to shift political opinion, similar to Russia’s cyber interference operations in the US elections.

“Our work on Taiwan was the most important work of ours – the infiltration into media, temples and grassroots organisations,” said Wang.

Mr Wang said his operation successfully meddled in the “nine-in-one” elections in Taiwan in 2018, leading to victories for pro-Beijing candidates. In May, he was given a fake South Korean passport and ordered to commence an operation on the ground in Taipei to influence the 2020 presidential elections with the aim of bringing down President Tsai Ing-wen.

“I was requested to change my name and whole identity to go to Taiwan and be a spy there,” he says.

Mr Wang said he had also met a high ranking intelligence operative he believed was conducting spy operations in Australia via a front company in the energy sector.

“He told me at the time he is based in Canberra. I know his position is very important.”

Mr Wang said that his organisation had dealings with several significant Australian political donors, including a one-time staffer in a federal MP's office. Mr Wang provided bank account transactions to back his claims.

More on Chinese operations in Australia in The Sunday Age, The Sun-Herald, 60 Minutes and The Age and the Herald on Monday.

Paul is a reporter for The Age. 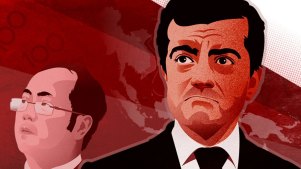 All at sea: 'Shanghai Sam' Dastyari, the 'whale' and the 'lost' tape recording 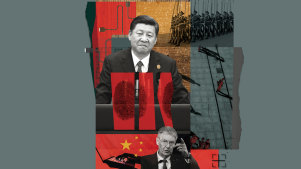 Power and Paranoia: Why the Chinese government aggressively pushes beyond its borders 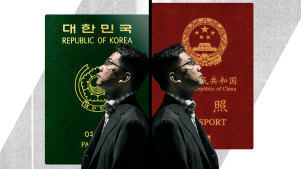 The moment a Chinese spy decided to defect to Australia