Zimbabwe - Wildlife and People in Peril

Zimbabwe is planning an enforced mass migration of wildlife away from a park in the country's south, where thousands of animals are at risk of death due to drought-induced starvation.

At least 200 elephants have already died at two other parks due to lack of food and water, along with scores of buffalo and antelope, Zimbabwe Parks and Wildlife Management Authority (Zimparks) said on Monday.

"They will continue (to die) until the rains come. The biggest threat to our animals right now is loss of habitat," Zimparks spokesman Tinashe Farawo told Reuters.

The El Nino-induced drought has also taken its toll on crops, leaving more than half of the population in need of food aid.

"This is the biggest translocation of animals in the history of wildlife movement here because we are talking of distances of more than 1,000 kilometres," said Ms Farawo.

It will start once the summer rains come. Those are expected to start this week, which would offer major relief for the stricken animals and for farmers who are preparing for the 2019/20 planting season. 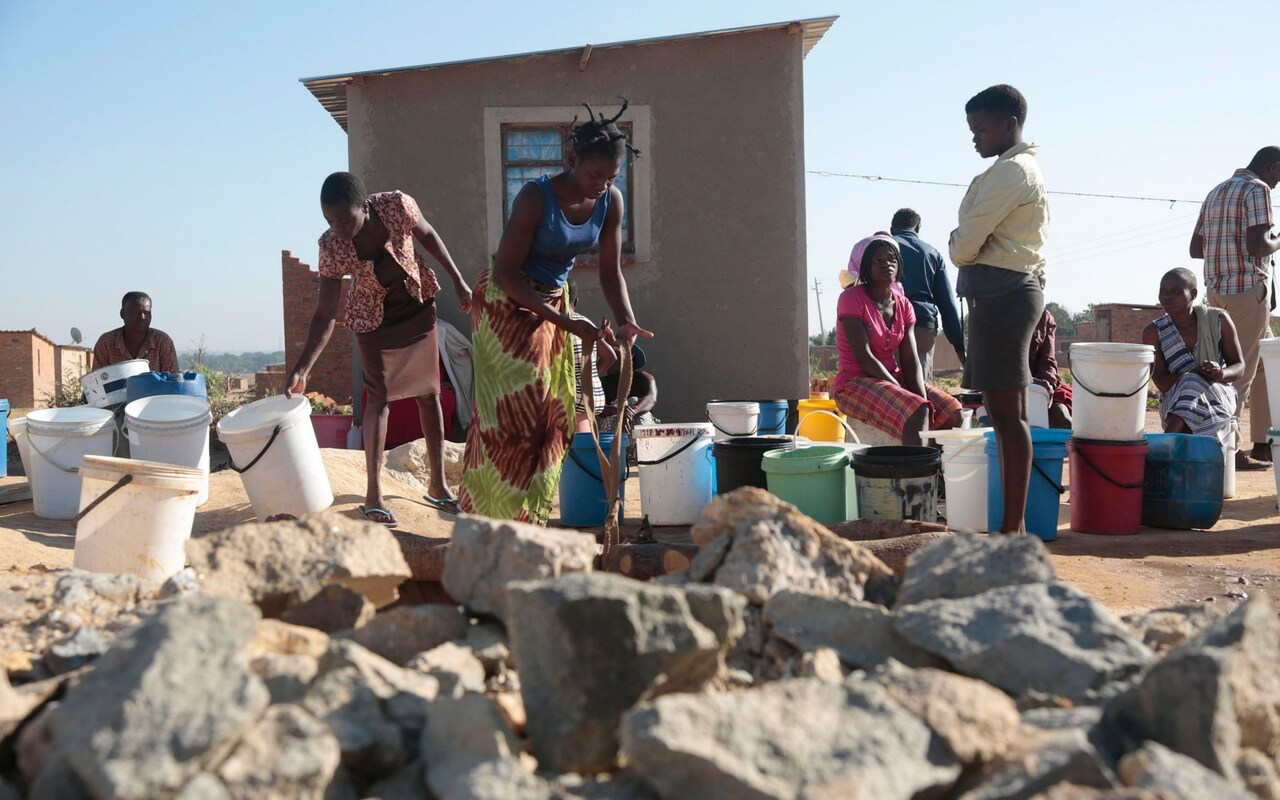 There is a serious water crisis in Harare due to a drought during the past rainy season Credit: AARON UFUMELI / EPA-EFE/REX

The migration will also help to save the conservancy's ecosystem by depopulating it because the animals "are now becoming a threat to their own survival," Ms Farawo said

Zimbabwe is home to some 80,000 elephants, around a fifth of Africa's total, conservationists estimate. Overall numbers have declined sharply in recent years, mostly due to a combination of poaching, illegal hunting and drought.

Ms Farawo said Zimparks, which does not receive government funding, requires $40 million annually for conservation efforts but only generates half the amount.

Zimbabwe, together with South Africa, Botswana and Namibia, unsuccessfully lobbied the Convention on International Trade in Endangered Species for controlled sales of their ivory stocks at a meeting in August.

Trade in ivory is banned to deter poaching. Zimparks says its ivory stockpile is worth $300 million, money it can use for wildlife conservation.