Budj Bim is the first site in Australia recognised specifically for its cultural significance to the Indigenous people.

Budj Bim, Australia - When Denis Rose was a "young fella" he would often go fishing with his family in the area that now makes up the Budj Bim National Park in southeastern Australia.

"I can remember my father and my uncle using the fish traps," he said as he stood overlooking the vast network of streams and wetlands in the state of Victoria that was this year declared a UNESCO World Heritage Site.

Rose is a descendant of the Indigenous Gunditjmara people.

For at least the last 6,600 years, through a sophisticated system of weirs, channels and fish traps they nurtured and harvested fish and eels in Budj Bim, engineering an aquaculture system that has now been recognised as one the oldest and most extensive in the world.

Australia's Minister for Aboriginal Affairs Gavin Jennings said it was the first time an Australian World Heritage Site had been recognised for its "Aboriginal cultural values".

"This is global recognition of the Gunditjmara people's ingenuity - in their sophisticated manipulation of water flows, in their use of basalt stones to make their homes - and this recognition is well deserved," Jennings told Al Jazeera.

But for Rose, the greatest joy comes from the Gunditjmara people regaining access to their sacred lands after an almost 200 year-fight to hold onto their cultural heritage. 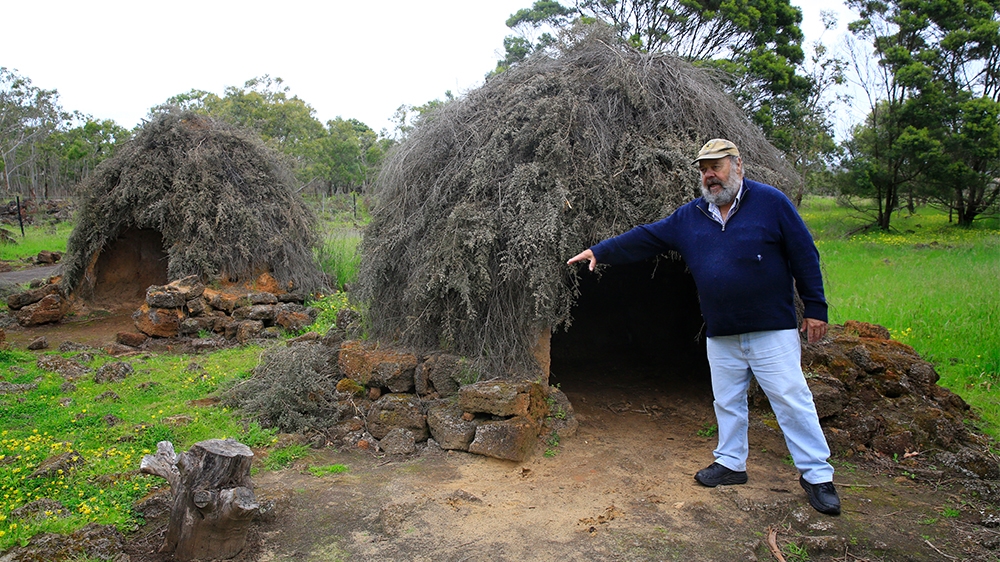 Standing amid a series of millennia-old rock pool structures - which predate Britain's Stonehenge and Egypt's pyramids - Rose described how his ancestors used rocks to build up funnel systems to divert water into various pools and trap full-grown eels and fish for harvest.

Long funnels were weaved out of river reeds and spear grass which allowed smaller eels through to a larger catchment area to grow, as a means of managing the seasonal variation of supply.

The holes at the end of each basket were made in various sizes to regulate and trap the eels according to weight and size.

"This was a place where Gunditjmara people actually engineered or manipulated the natural system to enhance production of eel," Rose said, describing a system of farming that worked together with the natural flow of the waters.

The park contains evidence of about 100 fish traps, some of which are still functional today.

The once vast wetlands, now partly dry due to modern irrigation and dams, sits on top of an ancient lava flow from Mount Eccles, a now-extinct volcano that towers over the lava plains. 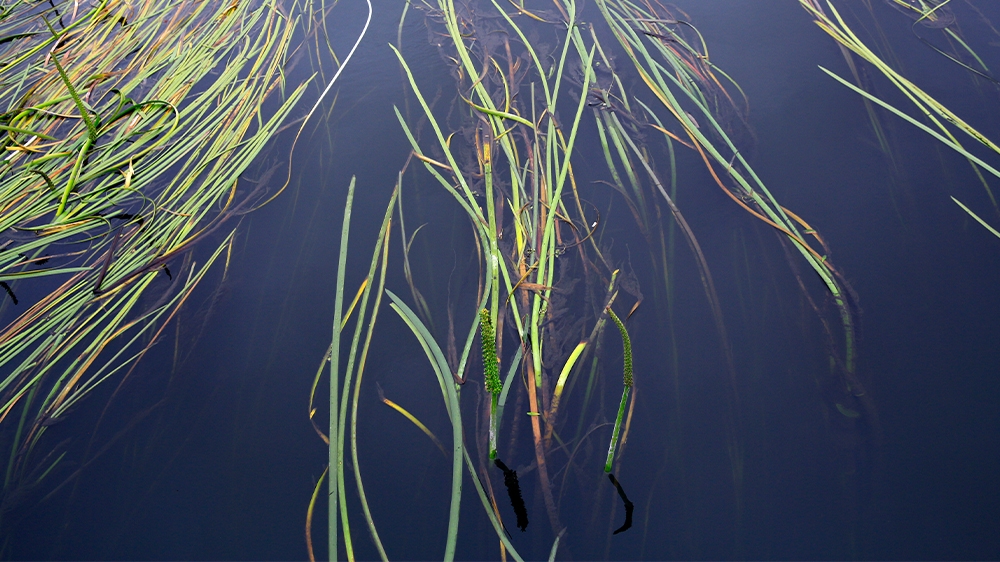 Reeds in the tranquil waters of Budj Bim. The Indigenous Gunditjmara people have spent years restoring the site after it was damaged by farming and development [Tracey Shelton/Al Jazeera]

Archaeologists say an eruption around 30,000 years ago sent lava flowing from the mountain through to the sea bed 50 kilometres (31 miles) away. Black volcanic rock is still visible along the coastline.

Rose said fires were lit above the bedrock to weaken the hardened lava so it could then be broken into the building blocks that were used to create the fish traps.

These blocks were also used to build permanent dwellings, and the foundations of more than 140 have been discovered so far - providing further evidence of the advanced trade and social systems of this centuries-old Indigenous society.

Other fish traps and housing remnants have been destroyed by years of cattle-grazing and introduced species like wild boar, which often rummage around in the stone blocks.

While many Indigenous Australians lived semi-nomadic lives, eel and fish farming - as well as kangaroos, wallabies, bird-life and a constant water supply - provided enough resources to sustain the Gunditjmara year-round.

Standing in the centre of a clear semi-circle stone base, Rose explained that all the structures that have been found face northeast to block the winds. Fireplaces were built outside, in front of the doorway, in the colder months.

"Smoking trees" also dot the area, used for smoking eel which could then be used for trade.

A fire would be lit at the base of a hollow tree, while the eel was hung above it and a sheet of bark used to cover the opening.

These techniques were passed down through the traditional storytelling of the Gunditjmara people.

But that history was almost lost when white settlers began to arrive at the beginning of the 19thcentury. 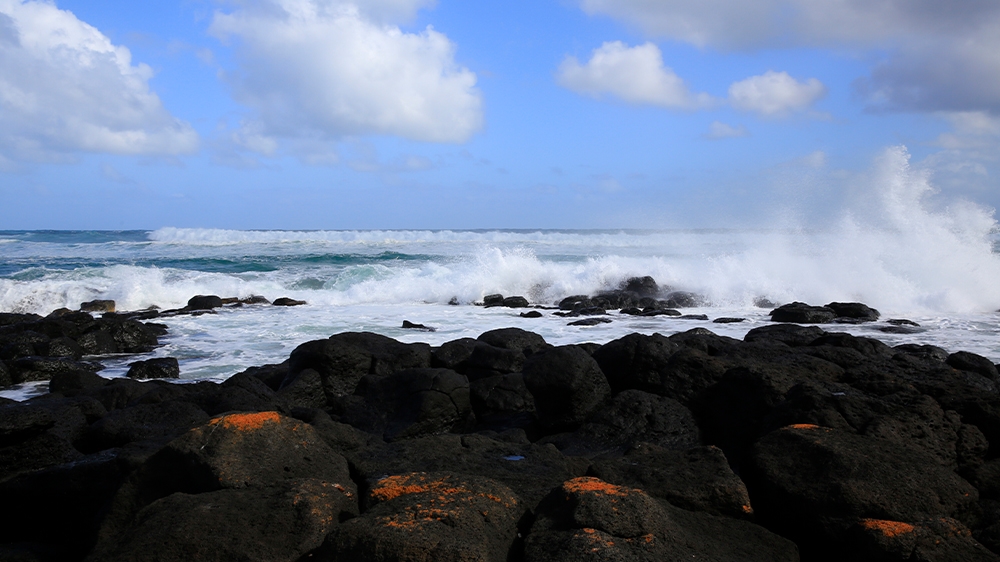 Volcanic rock along the coast near Port Fairy about 50 kilometres south of Budj Bim. The vast wetland sits on top of an ancient lava flow from a now-extinct volcano that the Indigenous people broke up to create building blocks [Tracey Shelton/Al Jazeera]

Across Australia, hundreds of Indigenous tribes faced disease and massacres as colonial farmers moved in with their livestock and introduced foreign plant and animal species that devastated the natural ecosystem.

Budj Bim was soon turned into fields for cattle grazing - its water resources drained for use elsewhere.

But the Gunditjmara refused to leave their homelands and many died trying to protect them.

For decades, native languages were forbidden, and tribal elders risked jail terms for passing on the traditional stories of their people's history and practices.

"A lot of the traditional storytelling was lost," Rose said sadly. "There are still parts of the stories, but we'll never get the complete stories back again."

Even after their lands were taken and their culture suppressed, families like Rose's found creative ways to continue using the ancient fishing grounds.

"A couple of farmers would let us in," he said. "A couple of other farmers - well, we tend to know everyone's business in a small town, so we'd know when they were on holiday or somewhere and we used to jump the fence and go do some fishing."

In 1982, the Gunditjmara Aboriginal Cooperative was formed and the battle to take back the lands and restore the damage caused by years of farming and development began.

The cooperative now manages 3,000 hectares (7,413 acres) on which it aims to preserve ancient heritage and heal the land through projects to control introduced species and replenish native plants and wildlife. 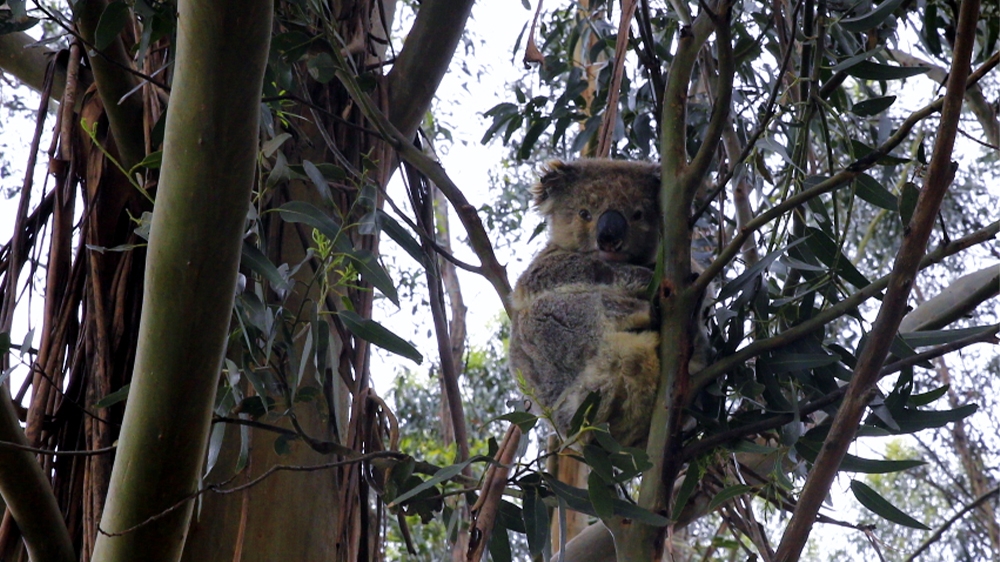 A koala in the forest around the Budj Bim wetlands, which were added to UNESCO's World Heritage list in July [Tracey Shelton/Al Jazeera]

The battle for World Heritage status

Rose said gaining World Heritage listing was an uphill battle because many in the Australian government failed to acknowledge the significance of Indigenous sites.

"We actually faced quite a bit of resistance from the Commonwealth government over the years to accept that we had a valid nomination to this day," he said.

But with the support of farmers and almost a decade of campaigning, Budj Bim was named Australia's 20th UNESCO World Heritage Site on July 6.

Australia's most iconic heritage site - a massive sandstone rock known as Uluru that is sacred to the land's Indigenous people - draws hundreds of thousands of visitors each year.

The government initially managed tourism to the rock until a joint management system to include the land's traditional owners was introduced in 1985, and two years later the site was recognised as World Heritage.

But it was only last weekend that climbing the rock was finally banned.

In Budj Bim, tourism is being managed solely by its traditional owners, with the government pledging 13 million Australian dollars (US$8.87m) for the improvement of tourism infrastructure.

The Ministry for Aboriginal Affairs said this would include "walking paths, bike tracks, signage, habitats for native bird life and the Budj Bim Eel Processing Centre".

Leigh Boyer of Budj Bim Tours said the company had already had to increase tour frequencies from a few times a week to every day since the listing.

But for the Gunditjmara, the real satisfaction lies in restoring the land and being able to fish their waters again.

"I always knew what was out here," Rose said, proudly standing over the now re-flooded Lake Condah, which is once again rich with bird life.

"I just never realised the scale of it until we actually acquired some of this land." 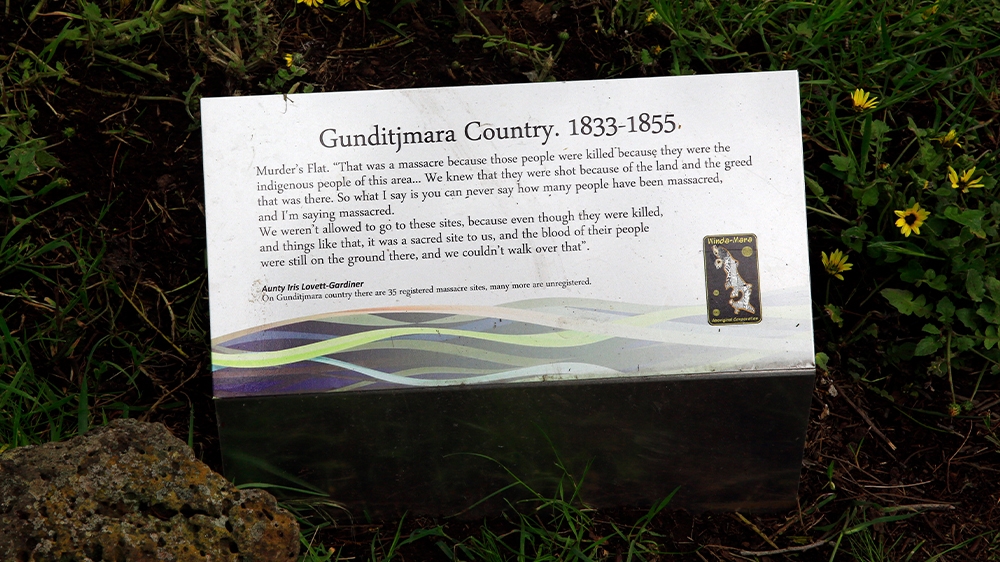 It is widely known that the descendents of the British prisoners released in Australia, who are still forming today's Autralian mainstream and governance, are a bit "different", but nobody would have sought that they are so backward that they still haven't recognized Indigenous peoples rights.