How 'smart' email could change the way we talk

Smart email systems that use artificial intelligence to predict what will type next can make it quicker to write messages to our friends, colleagues and family, but do we risk losing something in the process.

Start typing a reply in Google’s Gmail and it might feel like it is reading your mind. Tap out the letters “tha” and up pops the rest of a sentence in greyed out letters. Press tab and your sentence completes itself.

In simpler times, you would need to go to the hassle of using valuable seconds to type out “thank you very much” or “that sounds great” all by yourself. But now, email systems like Gmail can finish sentences for you. This feature is powered by a form of artificial intelligence known as natural language processing, which aims to understand and use language in ways that are more human-like than computers have managed before.

But while it can help to reduce the amount of time spent composing an email, many people have mixed feelings about the autocomplete feature, known as Smart Compose, with some describing its ability to scan our messages and come up with a suitable response as downright “creepy”.

With machines starting to take over some of the art of composing messages to our colleagues, friends and loved ones, does this also risk robbing us of something more important? Are they sucking away our individuality and the joy of human interaction? And could these autocomplete technologies even be changing the way our brains work? 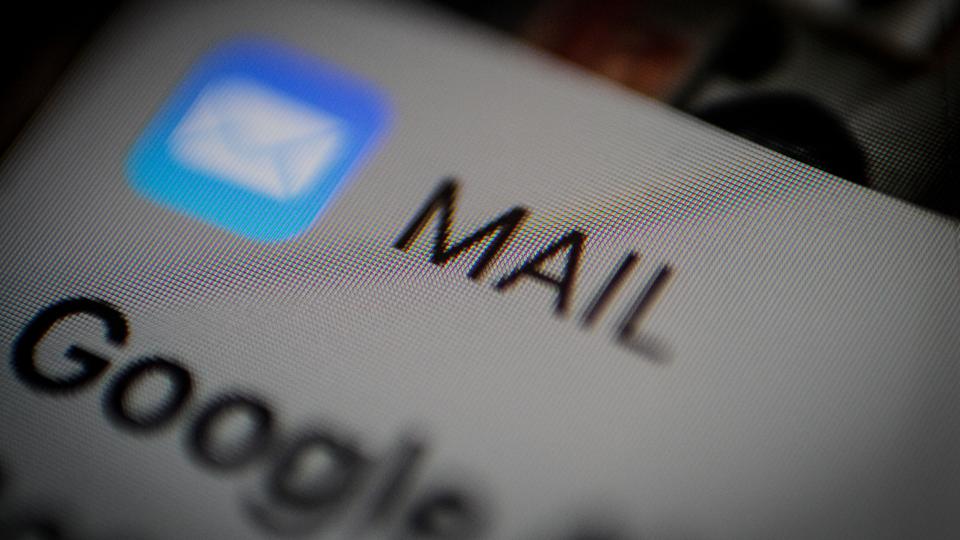 Google's Gmail is one of the first major email providers to use AI to predict what users might want to say in a response to a message (Credit: Getty Images)

“Prediction is fundamental to our perception and our relation with the world,” says Maria Geffen, who studies neuronal circuits for auditory perception and learning at the University of Pennsylvania. “Our brain is constantly making predictions. For example, when we're listening to someone talk against a loud background noise, we're making predictions for what the phrase was that they uttered even if we only heard a subset of sounds. This is also true for more complex cognitive tasks, including producing a sentence.”

Writing – both by hand and on a computer – involves a complex coordination of cognitive processes, including the use of long-term memory, the semantic system, working memory and planning.

But if we subcontract the work of composing our sentences to a machine, Geffen argues that it could have some profound implications for the way our brains work.

“We are doing experiments now in which we are tracking the activity of neurons that represent sounds in the brain over days, and finding that the same ensembles of neurons exhibit varying patterns of activity from day to day,” she says. “So, it is very interesting to think about what happens, when, on one hand, prediction is performed for us not by our brain but by a computer algorithm, and how this repeated experience affects our interaction with the world.”

An estimated 281 billion emails are sent every day by the world’s 3.8 billion email users. It means that each of us are on average receiving around 74 emails a day. Back in the days before the internet, we would be lucky to receive more than two or three letters a day, and most of them would be bills.

So, it is hardly surprising we might need a little help to lighten the load when responding to this barrage of messages. Technology that analyses our writing habits to predict the words we are most likely to use next can reduce the need to type out dozens of individual letters to just a single tap.

Smart Compose is just one of a number of technologies that use AI to predict what we might be trying to say. Predictive text algorithms, which use what we have typed in the past to suggest the next words in a sentence as we write, already feature on most smartphones. Applications that can finish our sentences on desktop word processing programmes are also now beginning to appear. 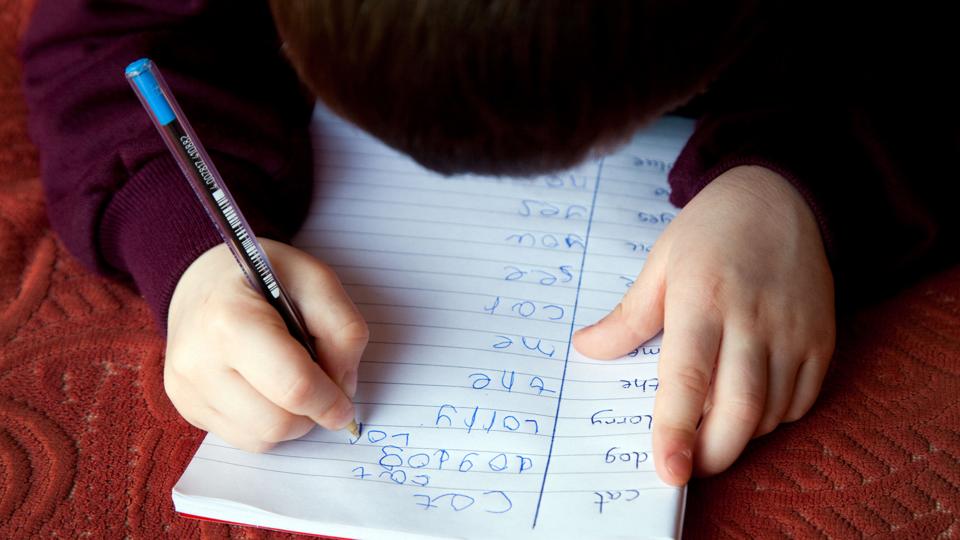 There are some who fear that as children learn to rely upon AI-powered smart writing systems, their vocabulary and spelling may suffer (Credit: Alamy)

These technologies follow on the heels of other attempts to take some of the heavy lifting out of the typing we have to do.

Before it launched Smart Compose, Gmail introduced Smart Reply, which uses a similar approach to offer users three short potential responses as “shortcuts” that can be selected with the click of a button. Search engines now commonly use autocomplete to automatically suggest questions we might be asking. Our smartphones and web browsers also feature autofill, which will complete online forms for us.

There are certainly benefits. Autocomplete, for example, can reduce the cognitive load and the time it takes to fill in online forms. It can even help you get lower air fares, according to one study.

But even relatively simple features such as autocorrect – first introduced on Microsoft Word in the 1990s and later a ubiquitous texting aid on mobile phones – led to concerns about the impact it was having on children’s writing skills.

Although it may be too early for there to be a great deal of research on the effects of more advanced technologies that can automatically complete our sentences for us, there are some indications that they could alter the way we use language.

One year-long study found that secondary school children who used predictive text on their mobile phones made more spelling errors than non-users, but university students who used the technological writing aid made fewer grammatical errors.

There is even some evidence that predictive text technologies may have a positive impact for those who use them, says Clare Wood, a Nottingham Trent University psychologist who led the study.

“We know that for adults, exposure to misspellings can sometimes interfere with their memory for correct spellings,” she says. “So autosuggest functions may be beneficial in minimising the possible negative impact of seeing misspelled words in texts and other online communications in adult users. 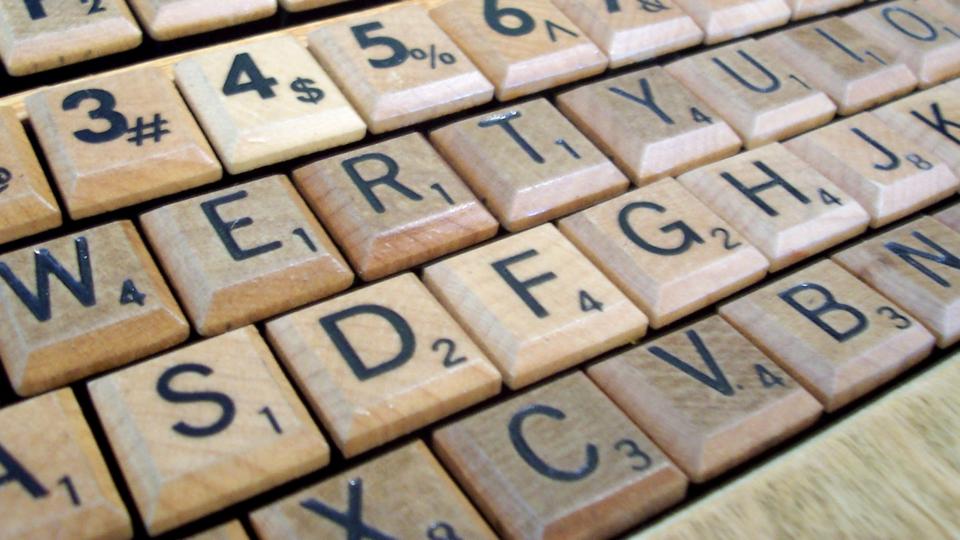 Smart email systems that can suggest responses and finish our sentences could improve the quality of online communications (Credit: Alamy)

“The autosuggest function also has the potential to positively impact the grammatical construction of online communications.”

But Wood warns that as these AI-powered systems rely on learning from what we have typed in the past, it could also introduce errors.

“If it detects that particular ungrammatical word combinations frequently co-occur then these will be reinforced,” she adds.

But autosuggest could also affect what we want to say as well as how we say it. Computer scientists at Harvard University and the Draper Laboratory in Cambridge, Massachusetts, have found that using AI-powered predictive text systems could introduce biases into what people write.

This is because machine learning algorithms, which are used to train AI systems on large sets of data, can pick up and amplify biases contained within the data. So, a predictive text system that has been trained using text from positive online reviews might tend to suggest words that are more positive as a result.

"Predictive text systems are starting to offer suggestions that are longer, more coherent, and more contextual than ever before,” says Ken Arnold, a researcher at at Harvard’s school of engineering and applied sciences who was involved in the study. “It's exciting to think about how predictive text systems of the future might help people become far more effective writers, but we also need transparency and accountability to protect against suggestions that may be biased or manipulated." 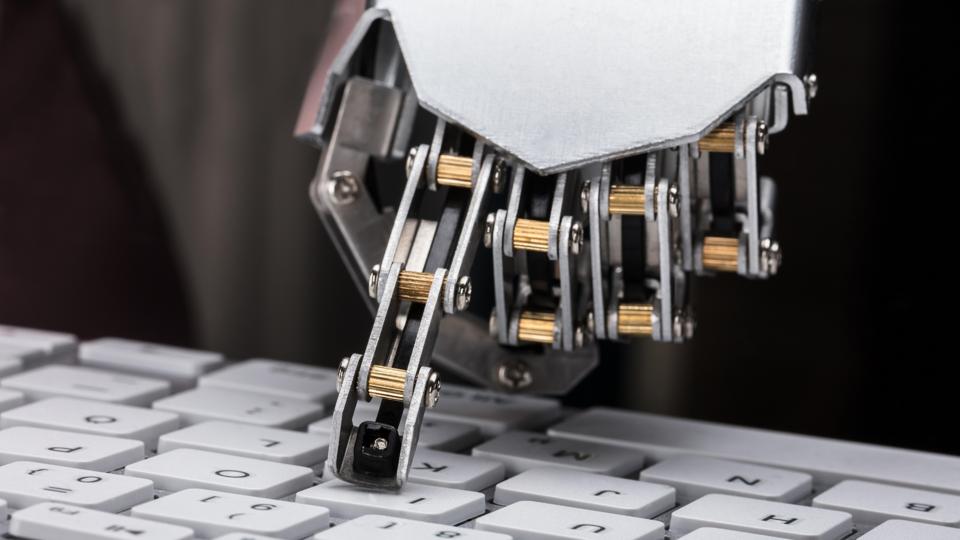 Natural language processing systems can learn biases from the data they are trained upon, which can then influence the suggestions a smart email system offers (Credit: Alamy)

With children as young as eight years old now using mobile phones, and presumably sending text messages and emails with them too, it raises questions about what impact this could be having on the developing minds of the next generation.

“Most of the data on neuroplasticity comes from paediatric populations, where neuronal connections are being formed at a rapid rate,” says Chinwe Dryer, a medical doctor practicing in Kansas. “As more and more young people have access to cellphones, it is plausible that predictive text also impacts vocabulary formation.”

There have been rumblings from the residents of Silicon Valley – the very place where much of the technology we use today was developed – who do not want their children using screens often. The Waldorf School of the Peninsula in Mountain View, California, which has hefty tuition fees of $38,000 (£29,000) and is attended by children of senior Silicon Valley technology executives, avoids the use of computers by its younger students. The school points to surveys of teachers that have suggested the use of computers and texting have hurt student’s writing skills.

It is a view that many other teachers agree with.

“Frequently, students who use autocorrect rely so much on it to know what word they have spelled that they don’t stop to see if the word is the correct word they wanted,” says Kate Heitkamp, who teaches children in Ohio. “If students don’t have basic spelling skills, the autocorrect doesn’t seem to help since it will give them an incorrect word.”

Over-reliance on this technological “crutch” could have longer term impacts on today’s children. A child’s vocabulary, even from a young age, can be an indicator of how “successful” they will be later in life.

Woods, however, says there is no indication that autosuggest and predictive text technologies has any impact on literacy development in children.

“Ultimately, the main benefit of such technology is to increase the speed with which we can compose online messages,” she says. “For children whose reading may be stronger than their spelling ability, autosuggest will facilitate their ability to communicate effectively online, thereby opening up texting to a younger age group, or to children who may be struggling with more conventional literacy.” 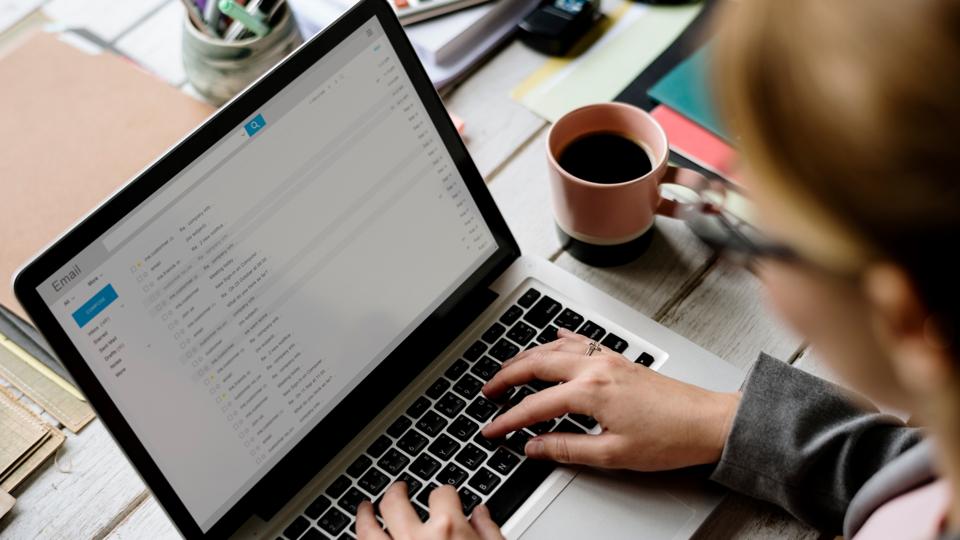 Many of us receive more emails than we can reply to in a day, so automating some of the process can speed up our responses (Credit: Getty Images)

But there could be other lasting impacts on the way we communicate with each other.

Google recently revealed that it has built filters into its Smart Compose technology that prevent it from suggesting gender-based pronouns. A research scientist at the firm discovered that when he typed a sentence including the word “investor”, the AI tool assumed that the accompanying pronoun should be “him.” Similarly, the AI technology assumed that “doctor” was male and “nurse” was female. To avoid embarrassment, Google opted to remove gender pronouns entirely from the system.

Regardless, our use of technology that can write for us is likely to grow. Entire sports reports are now written by artificial intelligence from strings of data. Others are using the technology which underpins predictive text to write new forms of fiction.

Is there a risk that the languages we love and use everyday will lose something as a result?

“By taking prediction away from our language system, more advanced predictive text fills it in with something that regresses to the mean, reducing variability,” says Geffen. The result, she warns, risks making the words we write ever so slightly less human.