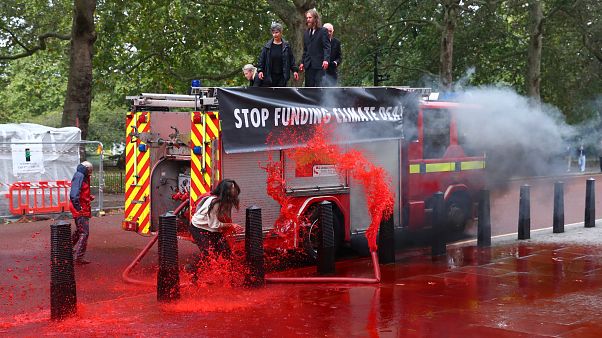 In a statement, the climate group said it was protesting to "highlight the inconsistency" between the UK government's pledges to curb climate change while "pouring vast sums money into fossil exploration and carbon-intensive projects."

"I come to the Treasury to challenge these practices and to demand radical change in them," an 83-year-old protester and retired lecturer Phil Kingston said. 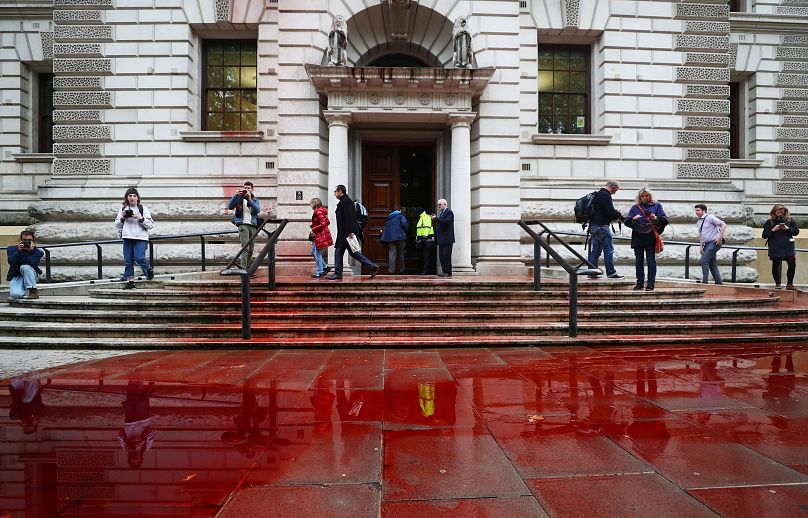 The grandfather of four added: "I fight with all my being for my four grandchildren in this situation of existential danger."

Another protester, Cathy Eastburn, 52, said she was "terrified" for the future.

"As things stand my children do not have a future, and that goes for all children alive today.

"Around the world people are already losing their lives and homes because of climate breakdown: floods, droughts, food shortages, more frequent extreme weather events, and so on."

"In June, we became the first major economy to legislate to end our contribution to global warming by 2050. We will continue to build on this proud record."

Thursday's action came just days before Extinction Rebellion plan to shut down busy areas in the UK's capital city as part of its wider International Rebellion campaign against climate change.