You Will be Subject to Total Control V

UPDATE 29. December 2021: MUST WATCH: How Big Tech Finds Your Exact Location - Even When You're Hiding It 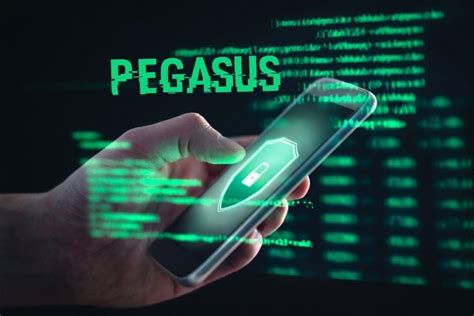 UPDATE 19. October 2021: The UK Is Trying To Use MP Assassination To Call For Social Media ID Verification System!!!

ICYMI: Pegasus Spyware Detector: 4 Ways to Tell If Your Android Is Infected and How to Use Amnesty's Toolkit

PROLOGUE: Neo-colonial EU-Commissioner Ursula von der Leyen already plays NWO - CCP/WEF style - in the EU. And, if in one country the protests get too strong - like in the UK against the health passport - she implements it in others first - in order to break the resistance. Soon also Boris Johnson will use the trick to implement it through state-coerced private entities. Segregation and discrimination Apartheid-style are old tools of the tyrants, which Ursula von der Leyen learned while studying in London. The remedy against 'Divide et Impera' (Divide and Rule) is unity among the oppressed, clever disobedience and non-compliance towards the public institutions or their goons and BOYCOTT of the private entities. Let these non-resisting or even oppression-enforcing businesses get bankrupt and the bureaucracies suffocate in their own machinations.

Italy is tightening the Corona rules: every employee must submit a vaccination or test certificate from mid-October, the so-called “green passport”. Anyone who refuses to do so may be suspended and no longer receive a salary.

Italy will require vaccinations or negative corona tests from all employees in the country when they go about their work. From October 15th, all employees are obliged to prove this with the document called “Green Passport” in Italy. Otherwise there is a risk of sanctions. “We are extending the ‘green passport’ obligation to the entire world of work, both in the public and private sectors,” said Health Minister Roberto Speranza at a press conference.

Read more: You Will be Subject to Total Control V

Corona Committee of Inquiry in Germany

UPDATE 12. January 2022: FRIGHTENING: WHO Joins EU and Changes Direction — Suddenly Warns Against Taking Continued COVID Booster Shots (after they contaminated billions of people already) + SPAINISH POLICE OFFICERS IN VALENCIA: "WE  UNITE ALL THE POLICE IN EUROPE! DOWN WITH THE HEALTH PASSPORT!"

IMPORTANT: How Bad is My Batch (Update)

The Soviet Union often claimed that dissidents had “mental issues” and would lock them up in asylums, keep them drugged, and eventually they would die.

The doctors exposed a severe spike in stillbirths at a Vancouver hospital. The women were injected with the experimental Covid “vaccine” in all cases. In December 2021, reminiscent of the Soviet Union’s treatment of dissidents, the Canadian government targeted Dr. Melvin Bruchet and unlawfully placed him in detention against his will.

All of this is to prepare the world for the necessity of a “Great Reset”, aka Technocracy, that will facilitate the greatest transfer of wealth in world history, leading to Klaus Schwab’s smiling prediction, “You will own nothing and be happy”. Like driving zoo animals with an electric cattle prod, fear is the primary tool to scare people into predictable submission and compliance. ⁃ TN Editor

Doing Harm to People and Science

Murphy, formerly a fellow with DARPA, has exposed additional “incriminating documents…hidden in a top-secret shared drive” concerning the gain-of-function research on bat-borne coronaviruses and the link between NIH and EcoHealth Alliance to the Wuhan Institute of Virology. According to Murphy, the documents were placed in the folder in July 2021. To this day, Fauci denies involvement in gain-of-function research and/or contracts.

STOP THE KILLING AND CORRALLING OF WILD HORSES

SIGN ON: STOP DEVASTATING WYOMING AND NEVADA ROUNDUPS THAT ARE KILLING WILD HORSES

Did you know the Bureau of Land Management is breaking the law, and using our tax payer dollars to round up Wild Horses & Burros all over the Western United States? Terrorizing round ups using Helicopters and Cruelty.

Already, two mares have broken their necks after being chased into a holding area and crashing into containment panels in the gather operation by the Bureau of Land Management (BLM) — the federal agency responsible for managing wild horse populations on public lands.

Read more: STOP THE KILLING AND CORRALLING OF WILD HORSES

For years now, Honduras has become one of the most dangerous places for human rights defenders, environmental activists, journalists, and social leaders.

On Sunday, Honduran human rights defender Pablo Hernandez was murdered by several bullet shots in the back in the Tierra Colorada community, in the Lempira department.

Bertha Oliva, the coordinator of the Committee of Relatives of the Disappeared in Honduras (COFADEH), denounced that armed men ambushed Hernandez on a dirt road.

"This murder is one more attack on freedom of expression and the defense of human rights," The Association of Community Media in Honduras (AMCH) said, recalling that Hernandez was director of the Tenan community radio station that broadcasts from San Marcos de Caiquin.

Myanmar’s military committed extensive atrocities against the Rohingya, including murder, rape, and arson, that peaked during its late 2017 campaign of ethnic cleansing, forcing more than 740,000 Rohingya to flee to Bangladesh. In September 2019, the United Nations-backed International Independent Fact-Finding Mission on Myanmar found that the 600,000 Rohingya remaining in Myanmar “may face a greater threat of genocide than ever.”

The Public Hall of Shame shows the Corona Criminals

BY PUBLIC DEMAND: These Faces will have to face charges for Crimes Against Humanity

Public Bulletin Board (mirrored from https://facescrimesagainsthumanity.club )

We, the citizens of the world, are naming individuals who are complicit in the greatest crime against humanity in:

The Armed Race for Batteries

In the context of the climate emergency and the need for renewable energy sources, competition over the supply of cobalt is growing. This competition is most intense in the Democratic Republic of the Congo. Nick Bernards argues that the scramble for cobalt is a capitalist scramble, and that there can be no ‘just’ transition without overthrowing capitalism on a global scale.

With growing attention to climate breakdown and the need for expanded use of renewable energy sources, the mineral resources needed to make batteries are emerging as a key site of conflict. In this context, cobalt – traditionally mined as a by-product of copper and nickel – has become a subject of major interest in its own right.

Competition over supplies of cobalt is intensifying. Some reports suggest that demand for cobalt is likely to exceed known reserves if projected shifts to renewable energy sources are realized. Much of this competition is playing out in the Democratic Republic of the Congo (DRC). The south-eastern regions of the DRC hold about half of proven global cobalt reserves, and account for an even higher proportion of global cobalt production (roughly 70 percent) because known reserves in the DRC are relatively shallow and easier to extract.

UPDATE 30. December 2021: THIS IS THE REASON why they are forcing the COVID-vaccine on children!

ICYMI: On COVID vaccines: why they cannot work, and irrefutable evidence of their causative role in deaths after vaccination + VIDEO: PROOF IS IN: VACCINATION DESTROYS IMMUNE SYSTEM - DIRE WARNING: Cancer, Tuberculosis, Toxoplasmosis, EBV, CBV, Herpes and other sleeping horrors will soar, if the 'vaccination'-craze is not stopped immediately.

* Important information on Prevention and Treatment of disease

PROLOGUE: SAVE THE BRAINS - There are very few scientific studies on the decline of the brain functions and capacities in humans, who fell sick with COVID-19. But even fewer studies investigate the sometimes dramatically decreased mental and intellectual capabilities in people, who received the COVID-19 jabs, as found already by empiric studies and experienced by many in their daily lives - sufferers as well as observers. Since this phenomenon certainly and obviously also affects politicians, civilian as well as military leaders and decision makers, this phenomenon must receive immediate attention, since it has significant and worldwide political, economic and social implications. For holders of public office with a high level of executive power regular checks to proof their mental stability and unaffected brain capabilities have become now necessary.

How Bad is My Jab? 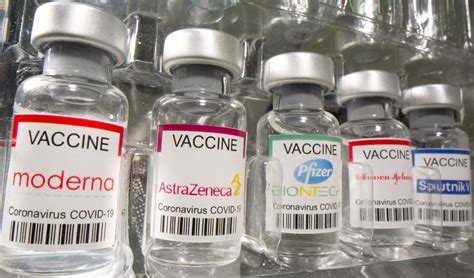 App "How Bad Is My Batch?" Allows People To Input Batch Code And See How Many Deaths, Disabilities and Illnesses Associated With That Batch " 1 in 200 Lots Contain Deadly Ingredients"

I was told about the work of Craig Paardekooper by my friend of many years, PhD bio-chemist Dr. Dave Rasnick a few days ago; Today came this email from Dave, clarifying his shocking findings: