UPDATE 23. May 2022: NUREMBERG VIOLATIONS: MEDICAL ETHICS WERE BREACHED; THE WHOLE SYSTEM IS CORRUPT

IMPORTANT: META-Analysis: In consequence, lockdown policies are ill-founded and should be rejected as a pandemic policy instrument. 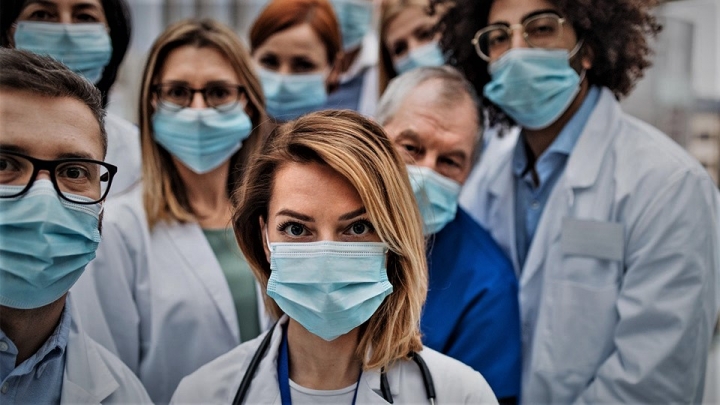 Untold numbers of Americans have gone without medical care for more than a year now, resulting in health conditions becoming worse, diagnoses being missed, unmeasurable stress for anxious patients and families, and worsening prognoses.

One reason people haven't received care has been ignored in the media, but reveals a disturbing decline of ethics in medicine and politics: The healthcare industry has been using Covid-19 screening tests to deny care to patients who do not want the test.

With good reason, a lot of people don't want to be tested and forced to become part of the politicization of Covid-19.

UPDATE 23. May 2022: MIT PROFESSOR OF METEOROLOGY CONFIRMING THERE IS LITTLE EVIDENCE OF MAN-MADE CLIMATE CHANGE

UPDATE 01. January 2022: 'The Fuse Has Been Blown,' and the Doomsday Glacier Is Coming for Us All

What's the Difference Between Global Warming and Climate Change?

On Aug. 18, Iceland held a funeral for the first glacier lost to climate change. The deceased party was Okjökull, a historic body of ice that covered 14.6 square miles (38 square kilometers) in the Icelandic Highlands at the turn of the 20th century. But its glory days are long gone. In 2014, having dwindled to less than 1/15 its former size, Okjökull lost its status as an official glacier.

A plaque was later commissioned to honor the vanishing landmark. At the somber installation ceremony, around 100 people gathered to pay their respects, including hikers, scientists and Iceland's Prime Minister, Katrín Jakobsdóttir. Speaking to the press, Jakobsdóttir warned that if current trends continue, her country stands to lose even more of its iconic glaciers in the near future.

The evidence is overwhelming: Greenhouse gas emissions (and other human activities) are radically transforming the planet on which we live. As a result, California's wildfire season is getting longer; thawing permafrost has destabilized Russian infrastructure; and yes, most of the world's glaciers are swiftly retreating.

The Indian Supreme Court on Monday held that an individual cannot be forced to get vaccinated against Covid-19 as citizens have the right to bodily integrity under Article 21 of the Constitution, Live Law reported.

A bench of Justices L Nageswara Rao and BR Gavai observed that the government is entitled to impose restrictions on individual rights in the interest of public health, but the curbs should meet the requirements of “legality, legitimate need and proportionality”.

The court was hearing a petition filed Jacob Puliyel, a former member of the National Technical Advisory Group. In his plea, Puliyel had sought disclosure of clinical trial data of Covid-19 vaccines and a declaration that making vaccination mandatory is unconstitutional, reported Bar and Bench.

In its order on Monday, the Supreme Court also directed the Centre to make public the data on adverse effects of Covid-19 vaccination without compromising the details of individuals.

ICYMI: DOES SARS-COV-2 EXIST? VIRUS DEBATE BETWEEN DR MARK BAILEY & DR KEVIN MCCAIRN - AND WHAT ABOUT MONKEYPOX? + HUGELY UNPOPULAR WHO HOLDS EMERGENCY MONKEYPOX MEETING: HUMAN RIGHTS EXPECTED TO BE DEPRIVED + DOCTOR EXPOSES THE TRUE DANGERS OF MONKEYPOX AMID MASS PANDEMIC HYSTERIA + WE CAN'T LET THEM HAND US OVER TO THESE MONSTERS! URGENT VIDEO - PLEASE SHARE!

Elite media outlets around the world are on red alert over the world’s first-ever global outbreak of Monkeypox in mid-May 2022.

This comes just one year after an international biosecurity conference in Munich held a simulation of a “global pandemic involving an unusual strain of monkeypox” beginning in mid-May 2022, as it was presented with a scientific paper from November 2021.

And this comes just when the Globalists gather in Davos.

Coincidence? We do no longer believe in such coincidences!

UPDATE 22. May 2022: KENYA REQUESTS HEALTHCARE MAFIA TO COME "TAKE CARE" OF THEIR PEOPLES! + WHY WE MUST STOP THE WHO PANDEMIC TREATY - THE WORLD COUNCIL FOR HEALTH + THE FUSION OF INTERESTS OF CORPORATIONS AND THE STATE: THERE'S A WORD FOR THAT AND THE WEF REPRESENTS IT - FASCISM

UPDATE 20. May 2022: TUCKER WOKE UP: THERE IS NO GRAVER VIOLATION OF MEDICAL ETHICS THAN THIS + World Health Organization pandemic treaty: A fresh push for vaccine passports, global surveillance, and more

UPDATE 19. May 2022: Sign the Petition: Refuse and Reject the WHO Powergrab That Would Lead to Global Medical Martial Law + PANDEMIC TREATY A GLOBAL TECHNOCRATIC COUP + THE WHO PANDEMIC TREATY POWER GRAB - BEHIND THE DEEP STATE

UPDATE 18. May 2022: UK Petition - Do not sign any WHO Pandemic Treaty unless it is approved via public referendum + BURYING DEMOCRACY UNDER THE GUISE OF HEALTH: MEP ANDERSON REVEALS THE TRUE MOTIVES BEHIND THE WHO PANDEMIC TREATY 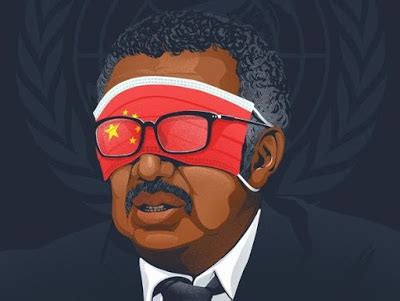 UPDATE 15. May 2022: NEIL OLIVER: THIS PANDEMIC TREATY IS THE GREATEST POWER GRAB ANY OF US HAS SEEN IN OUR LIFETIME + 8 DAYS UNTIL THE NWO STARTS OFFICIALLY ! WE HAVE BEEN WARNING ABOUT IT FOR YEARS

UPDATE 13. May 2022: A Treasonous Set of WHO Amendments to Undermine the U.S. Constitution Before Midterm Elections + URGENT: Support HR419, No Taxpayer Funding for the WHO

UPDATE 08. May 2022: The W.H.O’s ‘Pandemic Treaty’ will end Freedom as we know it and hand the ‘keys to power’ to its largest private funder, Mr Bill Gates

UPDATE 23. March 2022: THE WHO IS PLANNING A MONSTROUS 170+ COUNTRY TAKEOVER BEHIND OUR BACKS

WHO is World Government. Power grab scheduled from May 2022. With “relaxations” you are being framed.

Every governance of every sovereign state and all First Nations and Indigenous communities, especially on unceded lands, should immediately send a letter of  rejection to the World Health Organization (WHO).

We have the right to consent, not the duty;

And we have the right to NOT CONSENT.

An individual exercising the right to consent cannot force another to do the same.

This is why the ridiculous figure of having to be injected with a gene therapy to protect other injected individuals from a disease caused by a non-existent “virus” has arisen.

Wearing a mask to protect another who is also wearing one.

Locking up a healthy population and forcing a gene therapy to protect old, weak and sick people.

EVERYTHING is turned around, your right has become a duty. Our parents have also been skillfully misled linguistically. Disinformation and wars.

BOYCOTT VANUATU UNTIL THE INNOCENT BLOGGERS ARE FREE AND THE FORCED COVID INOCULATION MANDATES ESPECIALLY FOR TEENS AND CHILDREN ARE LIFTED: Witnol Benkor Tor, the moderator of a Facebook page has been charged and arrested as part of a police crackdown on alleged cyber stalking, cyber slander and cyber libel, as well as Andrea Woi, 38, a single mother, who only commented on Fascistbook, and at least two others. FREE SPEECH AND THE FREEDOM OF INFORMATION MUST PREVAIL! Australian cyber spooks, Mark Zuckerberg and crown-mastered police must keep their dirty hands off sovereign Indigenous people on Vanuatu.

UPDATE 21. May 2022: Minister of Health of Vanuatu, Bruno Lengkon caught in lies: Omicron sublineage BA.2 will take over: MOH + Vanuatu is groomed and coerced for the UN One World Government sham selections: Electoral Commission eyes new changes to Electoral Law

UPDATE 11. May 2022: Vanuatu police crack down with arrests over ‘slander’ of MPs accused of breaking Covid lockdown + Peaceful COVID-19 march tomorrow (???) + EU, France should look at themselves before targeting Pacific nations on tax

UPDATE 14. April 2022: Put aside differences and help: MP Napat - BUT HANDOUTS ARE NOT ENOUGH: Those imposing curfews must fully compensate all victims directly and in advance.

UPDATE 24. March 2022: VAXX CEASE AND DESIST LETTERS ISSUED TO PSC, TSC + Vanuatu MPs will sue WHO for 10 billion US Dollars

ICYMI: WORLD HELL ORGANISATION: THE COVID-19 PANDEMIC IS FAR FROM OVER!!! + THE GLOBALIST SQUEEZE ON VANUATU: Vanuatu and the EU list of high-risk third countries + UN planned total inoculation drive for Vanuatu since at least 2016: UN to test drones for vaccines delivery to inaccessible areas + Vanuatu: History and Virus Situation + The Myth of the “First Climate Refugees”—Population Movement and Environmental Changes in the Torres Islands (Vanuatu, Melanesia) - The chief fighting for an indigenous Vanuatu nation

PROLOGUE: In Vanuatu you have everything in a nutshell what the criminal WEF and UN are playing out globally. In Vanuatu it is more obvious but most people don't see it yet, while in other countries many people have woken up but the shams and the culprits involved are more concealed and obfuscated. Alas, also on Vanuatu the time has come to rip the masks off the faces of the bandits and to unveil the shenanigans. And it is a test-site for the toxic WHO.

The Small Island State of Vanuatu is not very well known around the world, especially in Europe - due to its location in the far South Pacific.

But even this remote country and its 83 islands with more than 300,000 people has been hurt by the Corona Pandemic though the state-borders were closed on March 30th 2020.

In this planned pandemic the World Health Organization (W.H.O.) has been the single most aggressive driver of spreading the false fear on the islands and did so without any evidence-based, scientific data, and without having any idea of the life, culture or livelihood of the real people of Vanuatu.

CORONA PSYOPS AND THE CROWN

Leaked documents have revealed a state-sponsored influence operation designed to undermine critics of the British government’s coronavirus policies by astroturfing a prominent founder of the BreadTube clique of “anti-fascist” YouTube influencers.

The project aims to conduct psychological profiling on British citizens dissenting against policies such as mandatory vaccination and lockdowns, then leverage the data to establish a YouTube channel that portrays these critics as dangerous “superspreaders” of “disinformation.”

Besides the four kingpins, twelve others were named, including the CEOs of the leading vaccine corporations and the health leaders held accountable for the United Kingdom.

WHO STEPS UP THE SCARE

UPDATE 27. January 2021: This is your COVID wake-up call: It is 100 seconds to midnight (DoomsDay Clock) + ‘Covid Wake-Up Call’: Doomsday Clock Remains Closer To Apocalypse Than Ever Before - 100 seconds to Midnight

WHO: Bigger Pandemic Than COVID Is Coming

“This pandemic has been very severe … it has affected every corner of this planet. But this is not necessarily the big one.”

The World Health Organisation has warned that a worse pandemic than COVID could be around the corner and that what we’ve seen so far in 2020 is “not necessarily the big one”.

With global lockdowns, international stripping of freedoms, and the decimation of small businesses and the economy on the whole, it is difficult to imagine how it could get any worse.

Yet the WHO is predicting that could very well be the case.

Read more: WHO STEPS UP THE SCARE

VIDEO: US Army Surgeon Says She ‘Had To Ground 3 Out Of 3’ Pilots One Morning Due To Vaccine Injuries

"The third pilot had been vaccinated and felt like he was drunk, chronically fatigued, within 24 hours after vaccination."

During a panel discussion surrounding vaccine mandates and injuries hosted by Senator Ron Johnson (R-WI), a US Army Surgeon said she had to “ground 3 out of 3 pilots” one morning due to vaccine injuries.

US Army Surgeon Theresa Long said she had to ground 3 pilots one morning due to vaccine injuries during a panel discussion hosted by Senator Ron Johnson (R-WI).

“The third pilot had been vaccinated and felt like he was drunk, chronically fatigued, within 24 hours of vaccination,” Long explained. “The pilot told me he didn’t know what to do, so he drank a lot of coffee to try and quote ‘wake himself up,’ and continued to fly until he realized it wasn’t going away.”

On the “RFK Jr. The Defender Podcast,” author Hillary Johnson and Robert F. Kennedy, Jr. discussed the origins of chronic fatigue syndrome — and government agencies’ reluctance to fund research into the debilitating disease.

It’s no mystery that chronic fatigue syndrome (or myalgic encephalomyelitis [ME]) is a viral disease, according to Hillary Johnson, author of “Osler’s Web: Inside the Labyrinth of the Chronic Fatigue Syndrome Epidemic.”