China is cutting 45.000 ha of rainforest in Cameroon for Rubber Tree Plantation

A Chinese state-owned company is behind rubber plantations that Cameroon villagers say threaten their livelihoods.

Meyomessala, Cameroon – Meyomessala is a small forest community in Cameroon’s South Region among several settlements on the edge of a biodiversity-rich UNESCO World Heritage Conservation site, known as the Dja Faunal Reserve.

Nkoulou Bedjeme, an elderly woman, is one of 9,500 Bulu people and indigenous Aka forest people whose ancestors have lived with the wildlife species for more than 100 years.

Two years ago, her husband and brother died, leaving her to take care of 25 children.

“We had tried the best we could to protect our land,” she tells Al Jazeera. “Our only source of livelihood that was being threatened by this Chinese rubber project.” 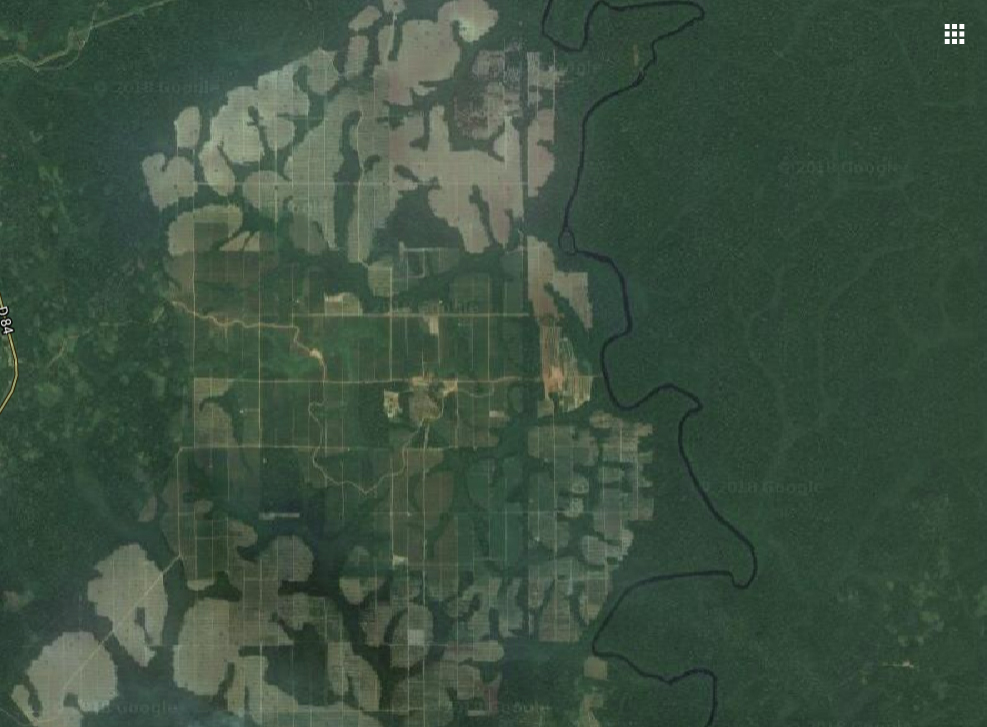 Like several others, she says, her problems began when the government allocated vast concessions within and around their villages to a Chinese state-owned chemicals company, Sinochem International, about 10 years ago.

“In the beginning, they made lofty promises and we didn’t think we would find ourselves in the mess we are in today. Who would have thought our farmlands would be taken away? Worse still, some people were given insignificant compensation, others like me, nothing,” she claims.

African deforestation: ‘If nothing is done, we may lose everything’

On Sinochem’s website, the company says: “Halcyon Agri (a Sinochem-backed group) is the only rubber producer with 33 processing factories located in most of the major rubber producing countries in the world – Malaysia, Thailand, Indonesia, Cameroon, Ivory Coast and China.

Halcyon Agri’s premium brand of natural rubber HEVEAPRO represents our commitment to producing a high-quality product that is sourced ethically and produced in a socially and environmentally responsible way.”

But according to Bedjeme, the company’s rubber plantations are encroaching. They were planned to replace forest land six kilometres away from the villagers’ farmlands but the area was extended up to their backyard.

“Two kilometres away from here, you would find the rubber plantation,” she says.

She removes from her handbag a copy of a complaint she had written to the government in 2012.

Civil society organisations, such as ECOTERRA, fPcN, Greenpeace and the Center for International Forestry Research (CIFOR), have raised concerns over the social and environmental impacts of rubber projects implemented by Sud-Cameroun Hevea SA (SudCam), a local subsidiary of the Singaporean Halcyon Agri Corporation, of which China’s Sinochem International Corporation holds majority shares.

Our medicinal trees are gone and we do not have hospitals. They have come up with some make-believe health scheme that is not helpful to any of us.

A report by Greenpeace in July said between 2011 and May 2018, the company cleared more than 10,000 hectares of dense rainforest to extend the giant rubber project. In the course of implementation of the project, 45,000 hectares more of forest would be cleared.

Satellite images reveal that from November 2017 to March 2018, about 1,000 new hectares of tree cover were affected, according to Greenpeace, which accuses the Chinese company of “a typical example of land grabbing”.

Indigenous people who lived in the forest were displaced without compensation or adequate resettlement plan, Greenpeace said, claiming the “eviction” of forest people violates the UN Declaration on the Rights of Indigenous People. It also says the Aka forest peoples’ right to free and prior informed consent (FPIC) was violated and that the community’s tombs and sacred sites are being destroyed.

In an email to Al Jazeera, a Halcyon representative said the company has established a sustainability commission, adding: “I trust this shows that we are fully committed to a truly sustainable natural rubber supply.” However, Halycon’s chief executive, Robert Meyer, was unavailble for further comment.

“The Aka have been forced out of their forest homes into our communities. I have 123 of them in my village. Some are scattered in other neighbouring villages.

We are obliged to share our already strained resources with them. Everything here seems new to them, they are just lost,” Ekotto Joseph, traditional ruler of Kidjom, one of the villages bordering the rubber project area, told Al Jazeera.

“They held a couple of meetings and gave us food, making many promises. But we got nothing from them. Not even indemnities for the destruction of our crops that we planted,” he told Al Jazeera. “Our medicinal trees are gone and we do not have hospitals. They have come up with some make-believe health scheme that is not helpful to any of us.”

He said he would have been satisfied if the company built schools. “Because even if they gave compensation as they did in some areas, the money would be spent in a short period and the suffering would continue for a lifetime.”