And managed to cover it up.

by John Pilger - 25 Feb 2019
There are times when one tragedy tells us how a whole system works behind its democratic facade and helps us understand how much of the world is run for the benefit of the powerful and how governments often justify their actions with lies.
In the late 1960s and early 1970s, the British government of Harold Wilson expelled the population of the Chagos Islands, a British colony in the Indian Ocean, to make way for an American military base on Diego Garcia, the largest island. In high secrecy, the Americans offered the British payment for the islands in the form of a discount on the Polaris nuclear submarine system.
The truth of this conspiracy did not emerge for another 20 years when secret official files were unearthed at the Public Record Office in London by lawyers acting for the former inhabitants of the coral archipelago. Historian Mark Curtis described the enforced depopulation in Web of Deceit, his 2003 book about Britain's post-war foreign policy.
The British media all but ignored it; the Washington Post called it a "mass kidnapping".
I first heard of the plight of the Chagossians in 1982, during the Falklands War. Britain had sent a fleet to the aid of 2,000 Falkland Islanders at the other end of the world while another 2,000 British citizens from islands in the Indian Ocean had been expelled by British governments and hardly anyone knew.
The difference was that the Falkland Islanders were white and the Chagossians were black and, crucially, the United States wanted the Chagos Islands - especially Diego Garcia - as a major military base from which to command the Indian Ocean.
The Chagos was a natural paradise. The 1,500 islanders were self-sufficient with an abundance of natural produce, and there was no extreme weather. There were thriving villages, a school, a hospital, a church, a railway and an undisturbed way of life - until the secret 1961 Anglo-American survey of Diego Garcia led to the expulsion of the entire population.
The expulsions began in 1965. People were herded into the hold of a rusting ship, the women and children forced to sleep on a cargo of bird fertiliser. They were dumped in the Seychelles, where they were held in prison cells, and then shipped onto Mauritius, where they were taken to a derelict housing estate with no water or electricity.
Twenty-six families died there in brutal poverty, nine individuals committed suicide, and girls were forced into prostitution to survive.
I interviewed many of them. One woman recalled how she and her husband took their baby to Mauritius for medical treatment and were told they could not return to their island. The shock was so great that her husband suffered a stroke and died. Others described how the British and Americans gassed their dogs - beloved pets to the islanders - as an inducement to pack up and leave. Lizette Talate told me how her children had "died of sadness". She herself has since died.
The depopulation of the archipelago was completed within 10 years and Diego Garcia became home to one of the biggest US bases, with more than 2,000 troops, two bomber runways, 30 warships, facilities for nuclear-armed submarines and a satellite spy station. Iraq and Afghanistan were bombed from the former paradise. Following 9/11, people were "rendered" there and tortured.
After demonstrating on the streets of Mauritius in 1982, the exiles were given the derisory compensation of less than 3,000 British pounds each by the British government. When declassified British Foreign Office files were discovered, the full sordid story was laid bare.
One file was titled Maintaining the Fiction and instructed British officials to lie that the islanders were itinerant workers, not a stable indigenous population. Secretly, revealed the files, British officials recognised they were open to "charges of dishonesty" because they were planning to "cook the books" - lie.
In 2000, the High Court in London ruled the expulsions illegal. In response, the Labour government of Tony Blair invoked the Royal Prerogative, an archaic power invested in the Queen's "Privy Council" that allows the government to bypass parliament and the courts. In this way, the government hoped, the islanders could be prevented from ever returning home.
The High Court finally ruled that the Chagossians were entitled to return. In 2008, the Foreign Office appealed to the Supreme Court. Although based on no new evidence, the appeal was successful. I was in the House of Lords - where the court then sat on the day of the judgement. I have never seen such shame-faced judges in what was clearly a political decision.
In 2010, the British government sought to reinforce this by establishing a marine nature reserve around the Chagos Islands. The ruse was exposed by WikiLeaks, which published a US embassy diplomatic cable from 2009 that read, "Establishing a marine reserve might indeed, as the FCO's [Colin] Roberts stated, be the most effective long-term way to prevent any of the Chagos Islands' former inhabitants or descendants from resettling." 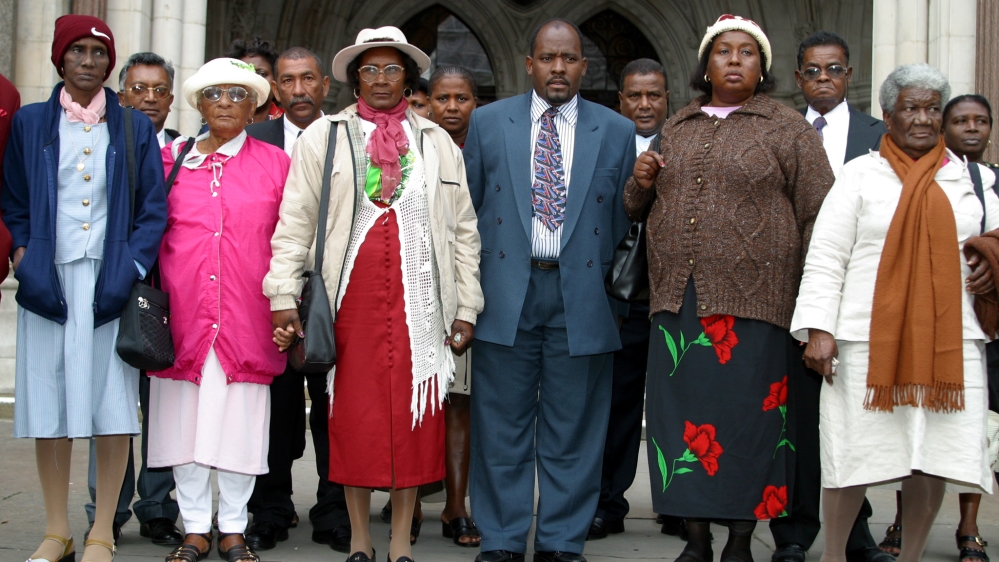 A group of refugees from the Indian Ocean island of Chagos gather outside the High Court in London on October 31, 2002. They are seeking compensation from the British government for forcibly removing them to make way for the Diego Garcia US military base 30 years ago [Reuters/Michael Crabtree]
Whether or not the ICC delivers justice that is long overdue, an indefatigable campaign of islanders and their supporters shows no sign of giving up. 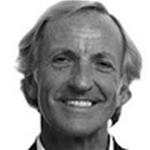 John Pilger is an award winning Australian journalist and broadcaster/documentary maker primarily based in Britain.